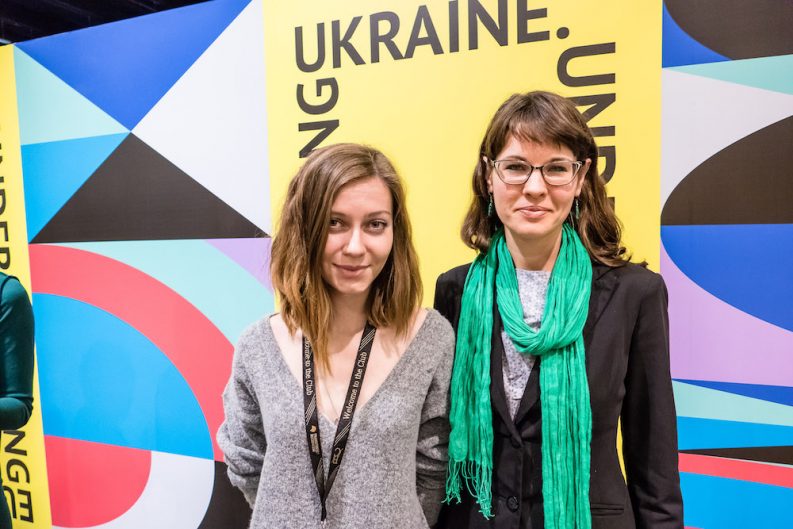 With a bright, new stand design and a newly launched Ukrainian Book Institute, the country’s publishers, authors, and cultural organizations want to make a bigger splash in Frankfurt. 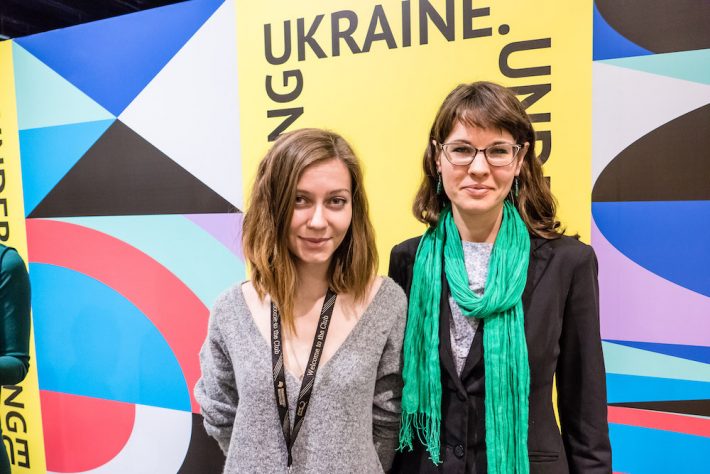 Nearly four years after the Euromaidan protests in November 2013 that led to the Ukrainian revolution the following year, statistics indicate that Ukraine is weathering the economic crisis.

Developing its own book market has been a government policy, and Ukraine’s stand at Frankfurter Buchmesse for the past several years attests to that: sprawled over 100 square meters this year, it used to measure 12 square meters. Advertising for Ukrainian literature was apparent, and events were scheduled over all five days. Dapper brochures on the Ukrainian book market and Ukrainian writers were widely available.

It was also a chance for the newly created Ukrainian Book Institute, an offshoot of the Ukrainian ministry of culture, to introduce itself to the international book industry. The Book Institute was founded in order to form a state policy for book fairs, promote Ukrainian literature abroad, and support the domestic book market and promote reading.

News about the Ukrainian government’s ban on importing books from Russia made headlines earlier this year, but both Anastasia Levkova, deputy director for development at the Ukrainian Book Institute, and Iryna Baturevych, an editor and book market consultant, agreed the ban was not about censorship but about avoiding anti-Ukrainian propaganda in Russian books that would spur inter-ethnic conflict.

“Some people thought we shouldn’t ban books from Russia because we don’t cover all subjects in Ukrainian books yet,” said Levkova. “But our book market is developing quickly, and soon we will have all sectors covered.” 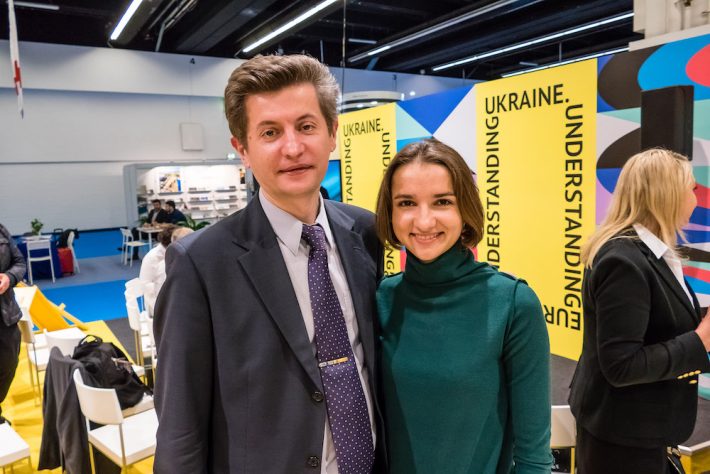 “It’s a chance to develop our own market,” commented Baturevych. Smaller booksellers who handpicked the best titles from Russia have been affected by the ban, she said, but they are now ordering more Ukrainian books.

Ninety percent of people can read in both languages, said Levkova, but more people, especially the younger generations, speak Ukrainian, and even Russian-speaking parents are buying their children Ukrainian-language books.

However, “the bigger Ukraine becomes as a player, the less foreign publishers will sell Ukrainian rights to Russian publishers,” she said.

“Since Maidan, interest in books has been increasing,” said Baturevych. “We are constantly having discussions about book design and covers, about translation, about the market. There is so much demand, and the market is having trouble following. Courses about the industry are flourishing and the sector is really dynamic.”

“The fact that our stand has become so visible is the result of our enthusiasm,” added Levkova. “In 2015, a group of [book] people said, ‘We don’t want to be small with ugly books anymore.’

“They prepared a more conceptual stand and brought writers who could communicate in English. Certainly we still have problems on a political level, but politicians understand that they have to answer a demand coming from the public. They understand that our image in Europe is very important. Above all, we want to fill the gaps that exist in our book market. New publishing houses are being created. Quality books are our mission.”

More from Publishing Perspectives on the Ukrainian market is here, and more from us on Frankfurter Buchmesse is here.