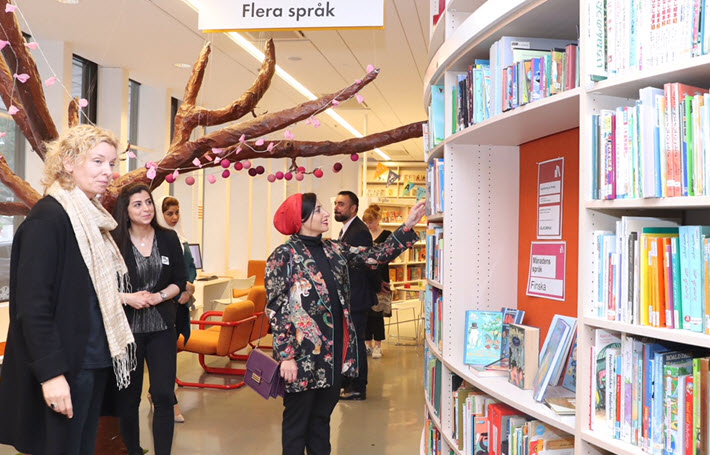 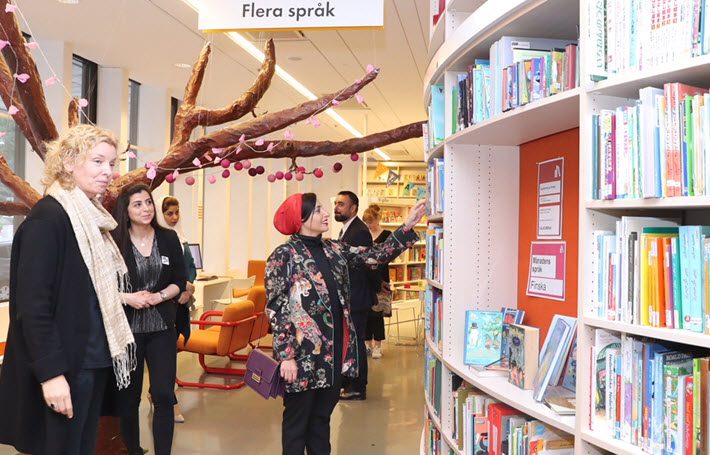 In the run-up to Frankfurt Book Fair, the United Arab Emirates’ Sheikha Bodour bint Sultan Al Qasimi of Sharjah has traveled to Sweden’s Göteborg Book Fair to offer a gesture of solidarity with Sweden’s Arab community.

The Kalimat Foundation for Children’s Empowerment, founded last year by Bodour, sent along with Bodour 2,000 Arabic books for presentation to the children in Göteborg of Arab background.

“The interesting thing,” Bodour tells Publishing Perspectives, “is that the Swedish government supports mother languages and provides books and tutoring to all children in their own mother language.

“Nowadays, Arabic is the second-most-spoken language in Sweden, as a result of the influx of refugees from the Middle East. So there’s a high demand for Arabic literature, to say the least.”

Indeed, statistics from the Swedish Central Bureau indicate that Finnish had held the position of second-most-spoken language in Sweden for centuries, prior to the arrival of so many Arabic speakers. The Syrian community is reported to be the largest sector of the Arab diaspora in Sweden, comprising as many as 158,000 people. Iraqi speakers of Arabic are the second-largest group there, estimated at 136,000 people.

Bodour—who is an executive committee member of the International Publishers Association and member of its Freedom to Publish committee—toured Göteborg City Library and was briefed on the facility’s efforts to promote reading, something championed in Sharjah by Bodour, her Kalimat publishing house, and Kalimat Foundation.

She also spoke on a panel about the importance of children’s literature as a tool for multicultural understanding and interaction. While at Göteborg, Bodour inaugurated a program called the Multilingual Square, intended to facilitate cultural communication between publisher-participants from many parts of the world.

The Arabic-language books from Sharjah are to be distributed to 25 libraries in various parts of Sweden, in a program coordinated by Stockholm Public Library’s foreign languages division. And the effort to follow the Arab diaspora by leading Arabic literature into the world is close to much of the work Bodour has pursued in her translation exchanges with Bloomsbury, Gallimard Jeunesse and Quarto.

In a prepared statement, Bodour is quoted, saying, “The responsibility of publishers and knowledge-makers in the Arab world goes beyond publishing and distributing books. It’s becoming partners in the creation of generations of readers and in enriching the experiences of displaced Arab children by providing them with education and entertainment sources in their own language.

“Arab readers who live in non-Arab-speaking countries are hungry for books and titles published in their home region,” she said, adding that the Kalimat Foundation sees a key mission in “providing children with material that they can engage with and which fosters their abilities.

“This role stems from the foundation’s strong belief in the power and influence of books as a source of knowledge which can open channels of dialogue and lay solid groundwork for the promotion of peace, love and harmony.”

This presentation to Sweden’s children of Arab heritage echoes Sharjah’s own “Home Library Project,” which earlier this year was reported to have placed some 2.1 million books in more than 42,000 Emirati households. And such efforts, in turn, have contributed to Sharjah being named UNESCO’s designation of Sharjah as its 2019 World Book Capital.

On October 11 at Frankfurt Book Fair, the Sheikha Bodour will be joined by Bloomsbury’s Nigel Newton, Gallimard Jeunesse’s Hedwige Pasqual, and Quarto’s Marcus Leaver, in a discussion of the translation exchanges pioneered by Sharjah’s Kalimat and these French and English publishing houses. This Publishing Perspectives Talk runs 10:30 to 11:15 a.m. at Frankfurt’s Business Club in Hall 4.0.

Publishing Perspectives’ recent coverage of Sweden’s Göteborg Book Fair is here. And our coverage of the Kalimat Foundation’s Ara Initiative for sight-impaired readers is here. 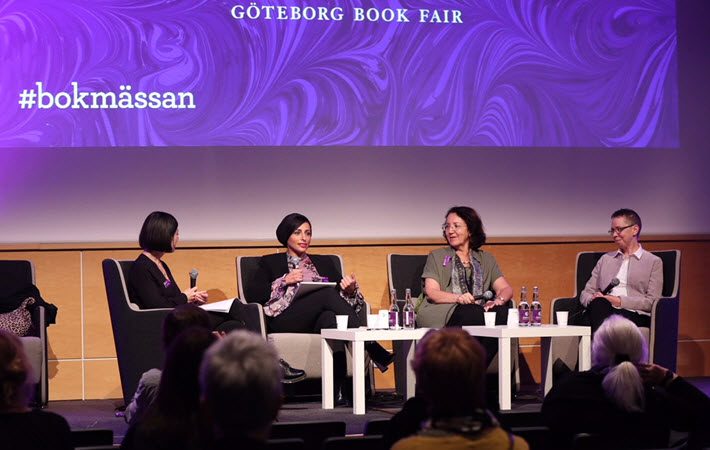