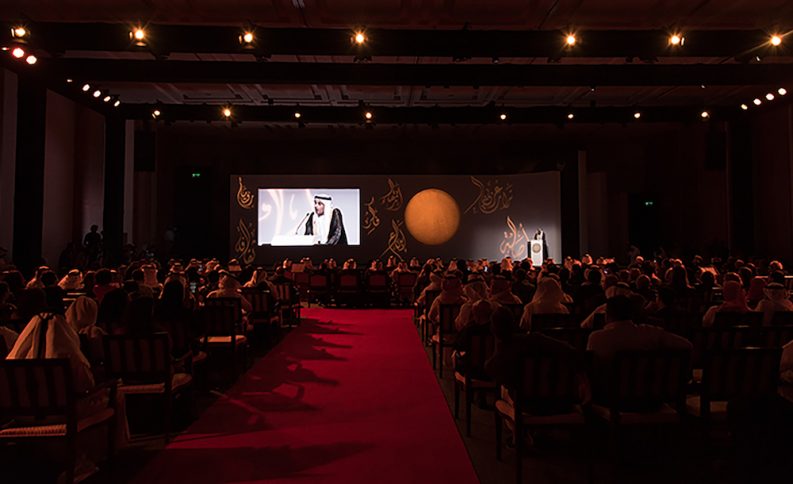 Organizers aim to strengthen the Sheikh Zayed Book Award’s international platform and build bridges between Arab regions and the rest of the world. 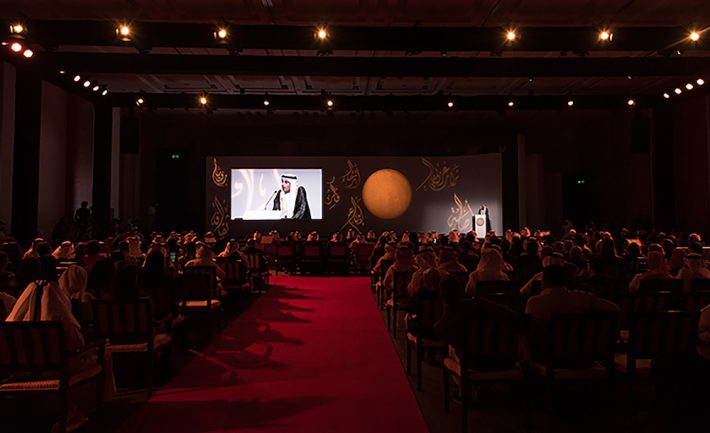 The organizers of the Sheikh Zayed Book Award see their work as more than recognizing great writing.

“The Award seeks to play a big role in the cultural renaissance in the Arab regions,” says director Mouza Al Shamsi.

She says that the financial incentives and international recognition of the award are meant to encourage more competition among Arab writers and thereby a higher quality of writing.

The 2018 longlist will be announced at the end of October, and the awards ceremony will take place at the Abu Dhabi Book Fair (April 25–May 1, 2018).

Publishing Perspectives: In what ways are you looking to expand the international influence of the Sheikh Zayed Book Award?

Mouza Al Shamsi: International outreach has always been one of the key objectives of Sheikh Zayed Book Award, and it has indeed made significant in-roads towards fulfilling this objective.
The Award has been quite active in participating in international book fairs alongside our own cultural events. We have [been active] in many countries since the award’s inception—for example, the United Kingdom, France, Germany, Italy, USA, and Russia, not to mention the entire Arab World.

With the support of my team, I am planning to build on the current successes towards further expansion of the Award’s reach.

We just came back from a literary seminar we held in London in partnership with Banipal [Magazine of Modern Arab Literature].

PP: In addition to the prize, will the Sheikh Zayed Book Award offer translation funding?

MAS: We are currently in negotiations with interested publishers to reach a win-win situation to ensure the titles are translated into more than one language, while raising the profile of the publisher and providing monetary grants to sustain the translation program for years to come.

PP: Are there any previous winners of the award you want to highlight for those who may not be familiar with the prize?

MAS: It is difficult to pinpoint only a few names as it will not give justice to the Award’s hall of fame. However, the Arab Culture in Other Languages category of the Sheikh Zayed Book Award has celebrated the splendid achievements of exceptional writers, intellectuals, and cultural figure from around the world, including: Italian historian Mario Liverani, French-Egyptian researcher Rushdie Rashed, Prof. David Wirmer from Germany, and scholar Sugita Hideaki from Japan.

PP: Why do you think Abu Dhabi is well-positioned to lead this cultural renaissance?

MAS: Abu Dhabi is one of the leading and fastest-growing diverse economies in the region with a desire to build long-term development and attract investment in the emirate’s future growth in order to build a strong, self-reliant economy away from negative aspects of volatile oil revenues.

The government has given its backing to make this cultural vision a reality. TCA has invested significantly in projects like the Sheikh Zayed Book Award and Kalima [Project for Translation].

PP: Despite these steps forward, isn’t there still limited access to books in the region?

MAS: Indeed, but the problem is supply, not demand. The region still lacks proper distribution networks, and many Arab countries suffer from copyright issues.

But there is concerted effort to increase the quality of the supply by encouraging and rewarding writers with prizes like the Sheikh Zayed Book Award.

Although 80% of the UAE’s resident population comes from more than 200 countries and English tends to be the language of choice, we believe Arabic is a rich language that should be given the opportunity to thrive.