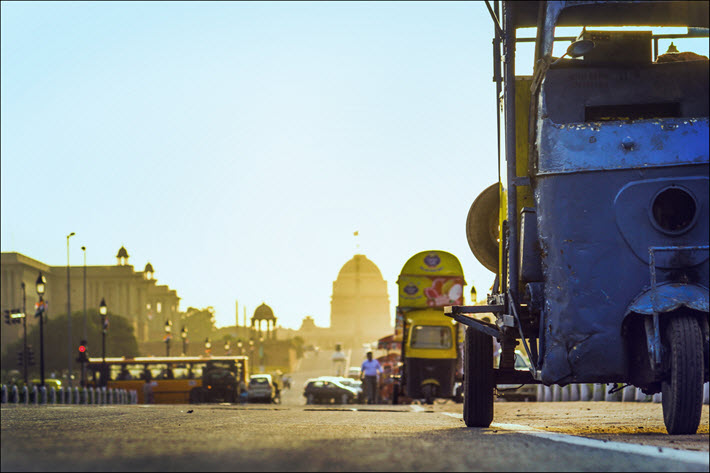 With the freedom to publish and copyright issues high on the list of topics, the International Publishers Association’s 32nd congress in New Delhi will look for common ground and mutually supportive positions. 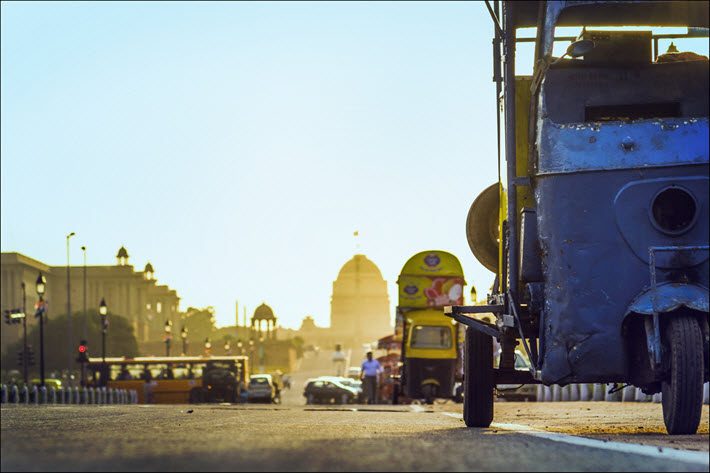 A Congress ‘Contextualized by its Location’

The IPA’s last biennial congress at the London Book Fair in 2016 saw a good bit of controversy around the then-new admission of China to the group.

The coming congress, IPA’s 32nd, is set for February 10 to 14, and information can be found here.

Publishing Perspectives had the opportunity to get a preview of the upcoming congress from IPA president Michiel Kolman, a senior vice president with Elsevier in the Netherlands.

Publishing Perspectives: Can you tell us about the IPA’s biennial congresses?

Michiel Kolman: The IPA organizes the International Publishers congress every two years, on even years, in cooperation with the IPA member in the host country. The first congress in 1896 marked the birth of the IPA, which existed only as a congress at that point, later becoming a professionalized trade association with a secretariat and so on to administer the operation.

Some 121 years later, when professionals everywhere find themselves working with their colleagues and peers remotely much of the time, the congress offers a fantastic moment in which publishers can meet face-to-face to compare notes, network, and discuss industry challenges and opportunities.

PP: What can you tell us about the last time the congress was set in India?

MK: Our Indian member, the Federation of Indian Publishers (FIP), hosted the congress in 1992, and did a great job, too, according to those who were there.

The arrangement has always been that the congress is hosted and organized by a member, while the IPA is the gateway to the world of publishing, through our global membership. And we lead the way in terms of defining the program according to the most pressing needs and issues of the day, and securing the participation of international speakers.

PP: There’s a wide range of issues on the preliminary programming list for the congress. How many committees does the IPA have, and how much of the agenda is taken up by the plenary?

MK: There are many more themes than IPA committees, of which there are four: Freedom to Publish; Copyright; Membership; and the Executive Committee. There are also IPA bodies that work like small think tanks, namely the Educational Publishers Forum and the Literacy and Book Industry Policy Committee (LIBS).

Typically, the two core IPA themes of Copyright and Freedom to Publish are contextualized by the location of the congress and the other prevailing trends of the time.

For instance, Turkey has been big news all year, especially since the closure of 30 publishing houses following the failed coup. This year’s IPA Prix Voltaire was jointly won by two Turkish nominees—Turhan Günay and Evrensel Publishing House—so we’re going to bring them both to New Delhi to talk about freedom to publish in Turkey.

On the other hand, a large proportion of publishers’ concern about copyright today centers on the rise of “fair use” exceptions, particularly in education. There are numerous governments around the world undertaking reviews of their copyright legislation with a view to introducing or expanding such exceptions, so naturally we’ll be taking a close look at that subject too.

We’ll address young readers with a deep dive into children’s publishing, and the most technical readers when we look at science publishing and the question of why its long-predicted disruption hasn’t happened. Innovation, which is of course part of the answer here, will pervade the entire congress, and it’s certainly central to a ground-breaking session on online literature, where books meet the smart phone.

What we have in 2018 that’s totally new is a strong emphasis on social responsibility and global solidarity, which will cover the links between publishing and the United Nations Sustainable Development Goals education—particularly SDG4—by looking at capacity-building for educational publishers in the global south and a broader discussion around globalization.

Then of course there are various evergreen topics that publishers always want to hear about, such as collective rights management, technology, reader creation, and so on, which we’ll also give due focus.

PP: Different organizations have different goals in mind for a congress. What’s the significance of the congress for IPA?

“It’s not every day you have publishers from Denmark chatting to their Mexican counterparts about the way they use innovative technologies in their educational resources to improve classroom performance.”Michiel Kolman

MK: The IPA has been around for a long time—121 years—which means its history and tradition are part of its makeup. The congress is an exciting get-together where our members remember why and how the IPA works for them, amid lobbying for publishers’ interests in the key international forums, defending and promoting freedom to publish and copyright, and speaking out about threats and violations to both of these principles.

But it’s also a time for publishers to meet old friends and contacts, make new ones, boost their business prospects, communicate with each other, and learn new strategies that will help them adapt to the changing industry. It’s not every day you have publishers from Denmark chatting to their Mexican counterparts about the way they use innovative technologies in their educational resources to improve classroom performance. It’s not marketing hype when we say the congress is a unique opportunity for publishers.

PP: Can you highlight several of the higher visibility issues coming before the assembly this time?

MK: The two pillars of the IPA are freedom to publish and copyright, which means every congress program begins and ends with these two themes, with much else between.

Freedom to Publish will take center stage with the announcement of the 2018 IPA Prix Voltaire winner, and a big keynote on freedom of expression and how to promote it most effectively.

And of course there would be no IPA congress without a meaty session on copyright and its future, which will affect all publishers around the world sooner or later.

PP: And are there any speakers and/or events you’d like to highlight at this point? Or all still to be announced?

“Books are a major contributor to any country’s cultural heritage, social cohesion and economic development, which is also a central strand of what the IPA stands for.”Michiel Kolman

MK: We’re very fortunate to have top brass representation from WIPO, with director general Francis Gurry attending. He’s a crucial participant as so much of the future of copyright is decided in Geneva at WIPO. Dr Gurry will engage in a dialogue with Maria Pallante, the current CEO of the Association of American Publishers and former US Register of Copyrights, at the Library of Congress in Washington.

The President of PEN International, Jennifer Clement, will also be an outstanding keynote covering freedom of expression from the perspective of PEN International, a long-standing and close partner of the IPA on freedom to publish advocacy. Both organizations are NGOs with a human rights mandate.

And we aim to have top government representation with high-level officials from India and France. Books are a major contributor to any country’s cultural heritage, social cohesion and economic development, which is also a central strand of what the IPA stands for. 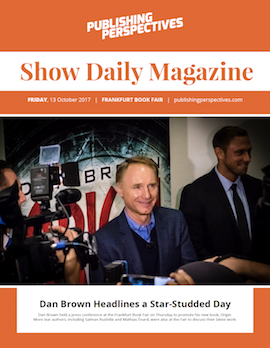 Download our Frankfurt Show Daily magazines and other print editions.

A version of this story ran in our Friday (October 13) Publishing Perspectives Show Daily at Frankfurt Book Fair.

You can download this issue and other Frankfurt Show Daily magazines here.