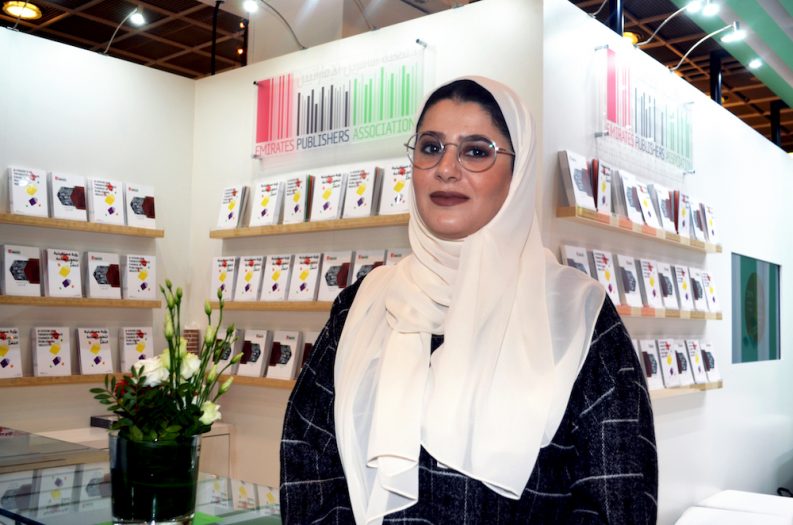 With a growing membership, the Emirates Publishers Association was in Frankfurt to spread the work about publishing in the UAE. 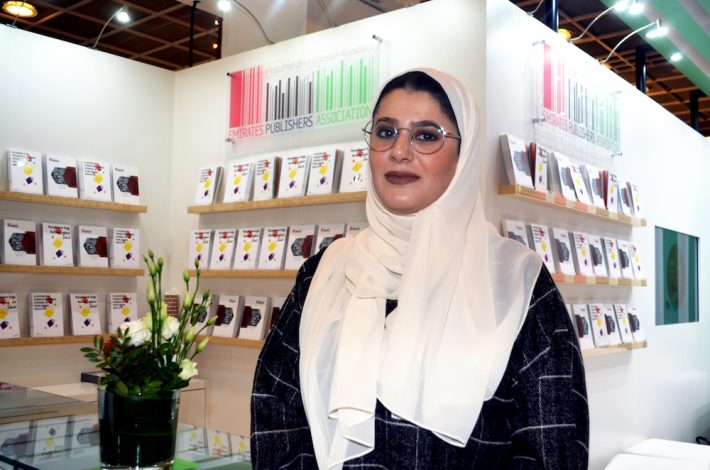 A full survey of the publishing industry in the United Arab Emirates, plus the opening of a “one-stop shop” to speed up the process by which new publishers can get registered or renew their license, are among new initiatives that the Emirates Publishers Association (EPA) is spearheading.

The moves are part of what the EPA’s Marketing and Media Manager Mariam al Obaidli calls “a new vision for the EPA” under the leadership of its founder, Sheikha Bodour, who was re-elected as president in May. Obaidli says the body, based in Sharjah in the Gulf, wants to be more proactive and to be the face of Emirati publishing, both nationally and internationally. “This is not just our job, it’s our duty—our country has been interested in books and culture from Day One.”

The survey will be conducted by phone and will seek to find out, among other information, how many titles are published in the UAE in a year, what are the total revenues, how many publishers are there, and what is the gender breakdown of the workforce.

The “one-stop shop” is to be established in the EPA’s offices and will merge the roles played by the National Media Council, the Ministry of Culture, and the Department of Economics. At the moment, new publishers, or publishers renewing their license, have to see all three bodies and it is accepted that this is a cumbersome process. It is hoped that the new service will be open before the end of the year.

Obaidli has a degree in media communications and worked for the office of Her Highness Sheikha Jawaher al Qasimi and Dubai Healthcare City before joining the EPA in February this year. She likes Arabic poetry and has also recently read Elif Şafak’s The Forty Rules of Love.

Here at the Fair, she is spreading the word about publishing in the UAE. “Our members—we have 111 now—are interested in meeting other international publishers, but we’re also interested in making connections with printers, designers, illustrators—a whole range of areas across publishing.”

Just across the aisle from the EPA, the Sharjah Book Authority is whetting publishers’ appetites for the grand opening of Sharjah Publishing City next month. This is the ambitious free-zone and publishing hub whose emergence has been closely watched. It’s a typically bold move by the emirate which, in just a few years, has become a familiar player on the international publishing scene.
At next month’s Sharjah International Book Fair—at which the UK is “Country of Honor” as part of the British Council’s UK-UAE 2017 year-long collaboration— delegates will get a chance to see it firsthand.