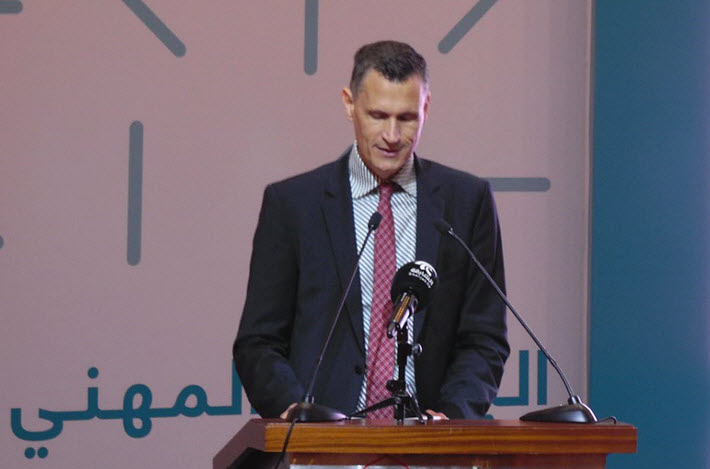 Copyright: ‘Under a Well-Funded Attack’

In a keynote address opening the Sharjah International Book Fair professional program on Monday (October 30), International Publishers Association (IPA) president Michiel Kolman has said that publishers must stand as “stewards of truth and quality” in a world of “fake news and alternative facts.”

And calling copyright “the bedrock of publishing,” Kolman says it’s “under a coordinated, determined, and well-funded attack in particular from powerful technology companies that make enormous profits from other people’s creativity.”

Speaking of Arab nations now working with the IPA’s programs, Kolman made a point of underscoring the organization’s determination to stand for dialogue and cultural outreach in the face of current political movements toward nationalism.

In the last two years, he said, the publishers’ associations of Saudi Arabia, Jordan, and Tunisia have become full members of IPA, joining their Egyptian, Lebanese, and Emirati counterparts.

“The IPA embraces dialogue and inclusivity to the benefit of all of its members,” Kolman said.

“We engage with our members, we listen to their concerns, and we show them how their international counterparts approach various opportunities and challenges.” 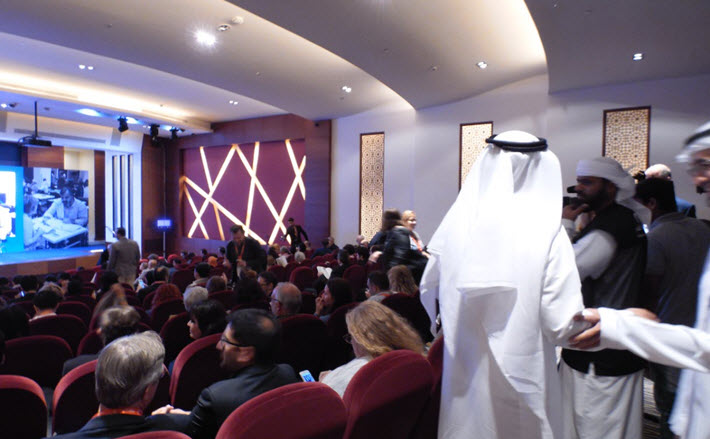 In an interesting reference to “big data,” Kolman also told the audience at Sharjah’s Chamber of Commerce, “Many publishers these days recruit as many coders and analytics geeks as arts graduates.” Kolman isn’t without insight in this regard, being a senior vice president for information industry relations with Elsevier in Amsterdam.

And in what might have been a first, we heard a direct reference to Canada’s vast Wattpad platform from the helm of the IPA when Kolman pointed out that “the vast volume of content uploaded weekly to platforms like Wattpad is staggering. It’s also proof that—thank goodness—young people aren’t just slumped in front of Netflix. Many are also writing.”

The professional program at Sharjah this week again includes three mornings of presentations, staged conversations and panels followed by afternoons of rights trading, ahead of Wednesday’s opening of the fair, itself, which runs November 1 through 11.

While some 400 publishing industry leaders have flown to Sharjah for the events of this week, Kolman has taken care to point out that the longstanding support of the international publishing community for Sharjah’s intiatives in bringing Arabic literature into the world community is a direct result of its royal family’s insistence on “books and reading as a national priority.”

Sharjah’s ruler, the Sheikh Sultan bin Mohammed Al Qasimi, and his publisher-daughter the Sheikha Bodour bint Sultan Al Qasimi are tireless creators and patrons of initiatives that place books and reading at the center of Sharjah culture, one reason that UNESCO has named Sharjah its World Book Capital 2019.

Following Kolman’s speech, Sheikha Bodour engaged in an onstage “fireside conversation” with Kolman, who, in response to Bodour’s question about publishing formats, said that he’s comfortable with the three-part format seen developing in many markets today.

In his estimation, the mature markets are seeing ebook growth on “a good plateau,” the print format on a robust footing, and the audiobook part of the market still surging.

And Bodour’s most cogent question was about innovation but went beyond the normal question of what to look for in innovation or how to accomplish it: she asked Koman how important it is.

“Innovation is not a luxury in publishing,” Kolman said in response, “but an absolute need.” 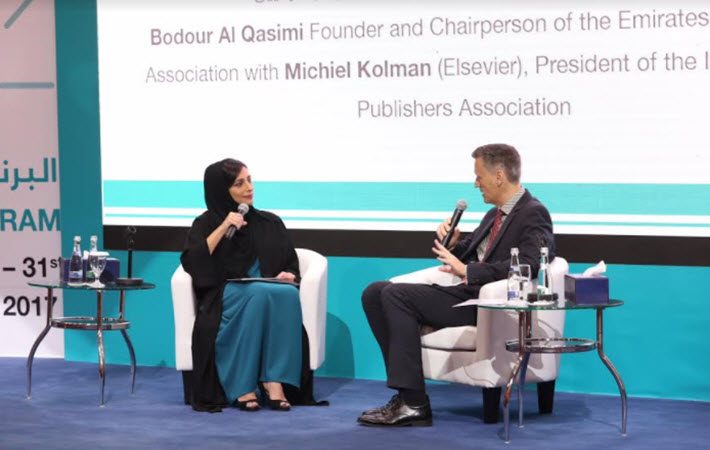