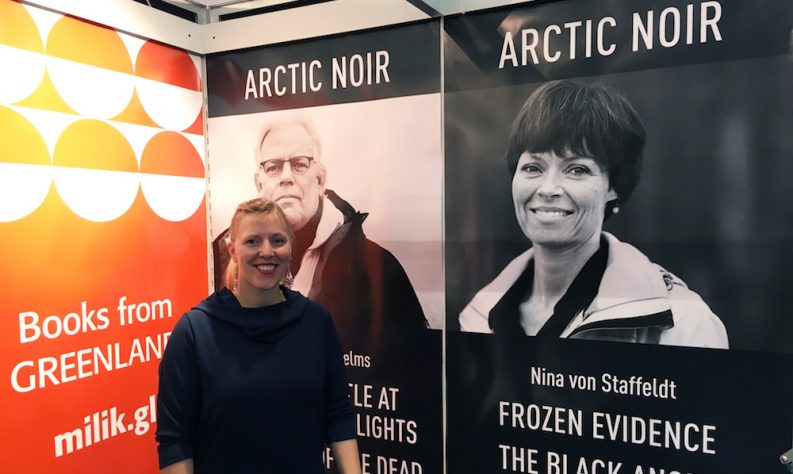 Greenland has a presence at the Frankfurt Book Fair for the first time: Milik Publishing presents its list of ‘Arctic noir’ titles.

“We would like to call it Arctic noir,” says Julie Rehhoff Kondrup, editor of Milik, the Greenlandic publishers who are at the Frankfurt Book Fair for the first time this year.

“The ice. The cold. The toughness. The beauty of our nature. These are things that we share in common with Iceland and the Faros Islands and help to define what Arctic noir is.”

Milik was set up by publisher Lene Therkildsen in 2003. It now has two staff members, including Therkildsen, and has been described as the largest publisher in Greenland—a country with only 2 bookshops.

Milik Publishes 8 to 10 books a year in usually two languages, Greenlandic and Danish. Denmark is their largest market. Sometimes they publish in English.

They have just had a hit with Niviaq Korneliussen’s Homo sapienne, which is about the LGBT community in Greenland. It has so far sold to eight countries. Homo sapienne is published in English edition by Grove/Atlantic in the USA. Little, Brown will publish a UK edition in the spring of 2018. 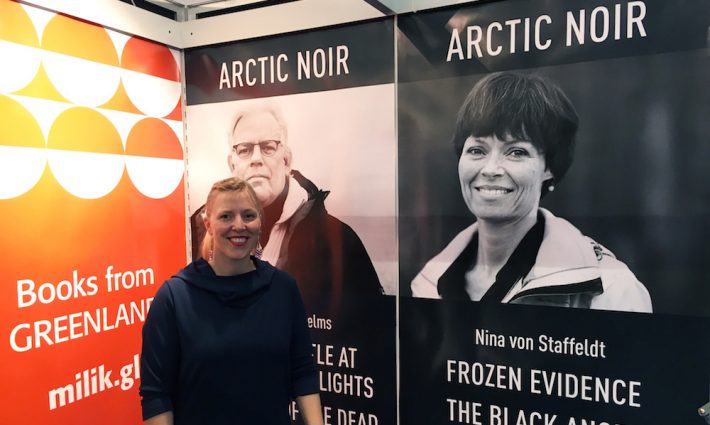 “Korneliussen has made a breakthrough for Greenlandic literature,” says Kondrup. “Arctic Noir can be just as successful.”

Many people are now familiar with Scandi noir, the genre of crime fiction from Scandinavia that has a somewhat dark point of view. How is Arctic noir different?

“The Arctic is a more environmentally brutal setting,” says Kondrup. “Nature is rough and tough in the Arctic—whereas in Scandinavia, not so much.”

“The people up here in the Arctic are a little bit tougher as well,” she adds, risking a fight in Hall 5.0.

Kondrup is promoting the work of two writers of Arctic noir at the Fair: Nina von Staffeldt and Hans Jakob Helms.

Von Staffeldt was named the crime fiction debut author of the year in 2016 by the Danish Crime Fiction Academy for Frosne beviser (Frozen Evidence) which introduced the character of public relations adviser Sika Haslund to the Greenlandic public.

Does the divide between the indigenous community and the Danish also separate Arctic noir from its Scandinavian predecessor?

“Yes. It is also a distinguishing factor,” says Kondrup, “Sika Haslund has just returned to Greenland after several years living in Denmark, but the Greenlanders feel that she has betrayed her country. All these emotions run through the stories and make Arctic noir different from Scandi noir.”