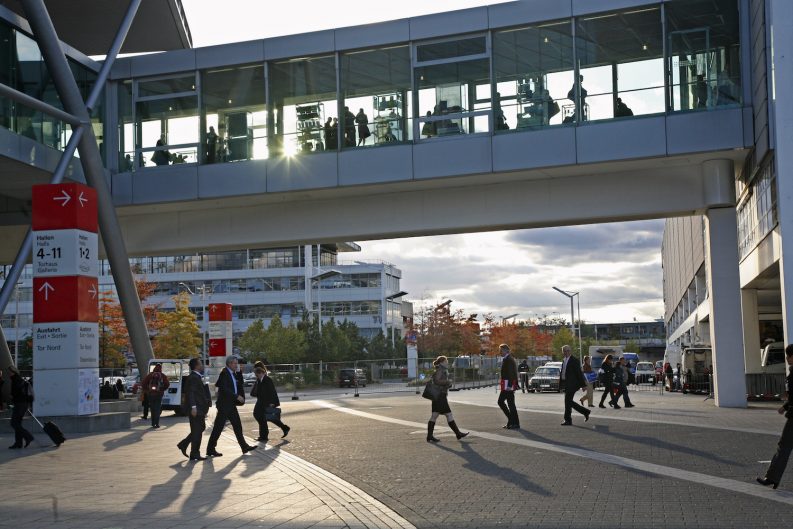 From bestsellers to controversies, evidence of progress and industry concerns—the issues UK publishing leaders point to will be the stuff of Frankfurt chats this week. 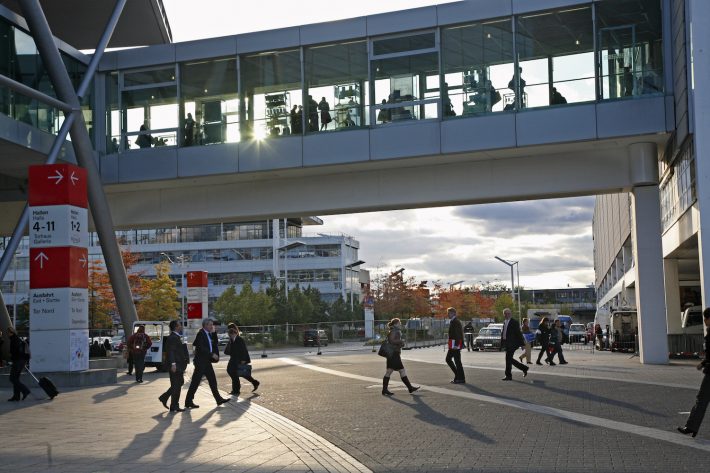 From the market dominance of bestsellers to women in the industry, from new international trade to partnerships among independent houses, UK publishing leaders’ comments on the way to Frankfurt are lively and diverse. —Porter Anderson

We asked for the outlooks of several of the UK’s major publishing companies’ and key independent houses’ executives, and we’re pleased to present them to you here, in alphabetical order.

‘The Increased Value of Our Export Sales’ 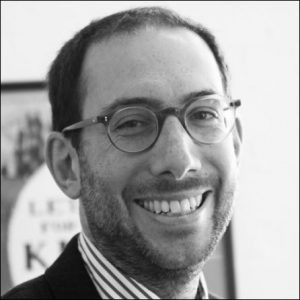 My prime concern remains the mostly winner-take-all nature of the market, which only seems to increase all the time.

The books that are successful can sell like never before, with vast quantities moving in home and international markets as well as multiple rights sales possible. Meanwhile, most titles aren’t selling much at all, and this is a challenge for all publishers and retailers.

Although I worry about Brexit on a personal and political level in terms of the future of Europe and the long-term future of the United Kingdom, I must confess I don’t spend too much time worrying about it professionally as I don’t have any reason to believe it will have much of a direct impact on book sales—other than lifting the sales of titles about the political crisis we’re in, as well as satires on the current situation such as Five on Brexit Island. And as a small, independent publisher we have to be reactive to the market, as it is not how we wish it would be.

In the short term, UK publishers have benefitted from the increased value of our export sales and this is true for Pushkin, too.

Competition from other media has long been an issue. Although more people are watching TV and films online than ever before, I also believe more people are reading too, though it’s difficult to get hard data about this.

As mentioned before, the challenge may be that they are mostly reading the same things rather than casting their net a bit wider. 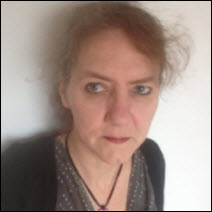 We’re feeling buoyant going into Frankfurt after a transformational year, with awards and acclaim for several authors, increased turnover, rights deals across our crime, literary fiction, and nonfiction lists, and shortlistings for the IPG’s and Saltire Society’s Publisher of the Year awards. We’ve opened an office in Manchester’s Salford Quays and joined the Northern Fiction Alliance, while retaining membership of Publishing Scotland—I’ll be splitting my time between their two shared stands during the fair.

Graeme’s visited Tolstoy’s Yasnaya Polyana estate for the British Council Literature Seminar, the US for the LA Times Book Awards, and literary festivals from Australia to Tallinn. A remarkable performance with Edinburgh Royal Lyceum Theatre starred at the Edinburgh International Book Festival.

Our hottest property leading into Frankfurt is his new book, The Accident on the A35 (October). Rights sales are moving briskly.

It’s been a great year, too, for others; we’re especially pleased that several of our women authors are achieving awards, acclaim and sales.

Not bad for a small indie stable in a single year. It’s going to be a busy fair.

There’s an air of confidence around independent publishing at the moment. Brexit is certainly a fly in the ointment, but in publishing, international relationships are generally strong, and we’re doing our best to keep ours that way.

‘We Need To Be Far More Inclusive’ 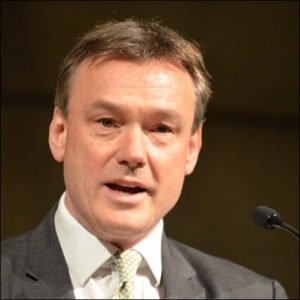 It’s an interesting time for British publishers. The perceived steadier state is welcome, while the near horizon is cluttered with interest and uncertainty.

Of the uncertainties, a weak government and the folly of leaving the EU are like a constant stomach upset, indigestion yet to manifest itself in full-blown sickness.

More locally there is confidence with the current book market. There’s great writing, publishing, and retailing at the heart of renewed solidity. Yet there are interesting clues to what the future might contain. Here are two key themes.

First is a rising willingness in the UK industry to understand that we need to be far more inclusive of all parts of British (and global) society. This has a bearing on whom we employ, how we publish, and the need to discover new routes to readers and writers. In a recent speech, Arnaud Nourry, chairman and CEO of Hachette, talked about publishers having been lazy and needing to innovate in the telling of stories.

He’s right, but there’s important innovation. There are a number of smaller companies that are making the publishing community more diverse, using original business models, catering for niche or new audiences with new ways to reach readers and writers. Examples would be Canelo, Own It, Fitzcaraldo, Unbound, and Curl Up Press. The larger businesses are already absorbing some of this newness—Bookouture’s acquisition by Hachette for example. This diversification is healthy, and should open the world of reading beyond its traditional confines.

Alongside this new inclusiveness there is, in some part, a move away from the commodification of reading, as publishers of all sizes are showing more confidence in original, distinct, and unusual publishing, while also improving production values, creating seductive physical objects which offer a different kind of value to the easy accessibility of ebooks.

This confidence draws from, and feeds, the continued interest of a wide-ranging reading population ably supported by excellent bookselling, with new writing and writers who embody the age at its heart. There’s a thrilling new balance to the relationship between various book formats, social marketing, and modern bookselling, which offers a bright path forward. We’re still learning, but at speed.

It is a more confident time, despite the dark cloud of global politics dimming the day, and widespread, albeit small scale, innovation suggests that we are in the foothills of an interesting future.

‘Impressive Growth in the Audio Market’ 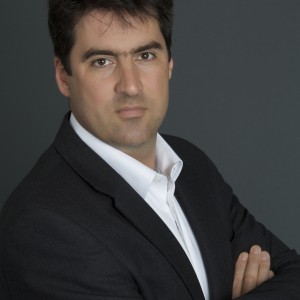 Being at Frankfurt, meeting up with representatives from all 18 HarperCollins territories, is always a fantastic reminder of what a global business we really are.

There’s a palpable sense of scale at our main stand, which also continues our 200th anniversary celebrations, and at our Collins Learning and HarperCollins Germany stands too.

One of the big stories at HarperCollins and the industry is, of course, the continued impressive growth in the audio market. As an industry we need to support potential new players coming into that market.

We should also be very focused on protecting territorial rights in the face of increasingly globalized e-commerce.

‘Growing Our Relationships in China’ 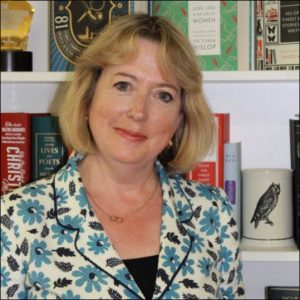 Head of Zeus arrives in Frankfurt enjoying extraordinary growth—year to date more than 70 percent ahead of 2016—in its print sales around the world. The Book Fair is a great opportunity to thank our publishing and distribution partners and retail customers and to plan the next stage in our mutual business.

We’ll also be focusing on growing our relationships in China. As the publisher in English of several award-winning Chinese science-fiction writer‎s, we already have an interesting program of Chinese authors and hope to be announcing that we’ve just signed a deal with a Chinese company to be our publishing partner for the Landmark Library, our ambitious project to tell the history of human achievement from the late Stone Age to the present day.

In the rights sphere, we’ll also be soliciting deals for our growing list of nonfiction titles and seeking publishing partners for our two new imprints—Anima, our lifestyle list, and Zephyr, our children’s list.

‎As a fast-growing global independent publisher, we’re looking to focus even more on the US for our revenue. It already represents 25 percent of our e-sales. And to that end, we’ll be looking at US content and trends as we walk the Buchmesse’s halls and talk to agents.

Challenges there undoubtedly are, but Head of Zeus is excited to be ‎thriving in the vibrant international publishing world reflected in our hectic schedules and buzzing stand at the fair.

‘Partnerships Are the Way Forward’

Stefan Tobler
Publisher, And Other Stories 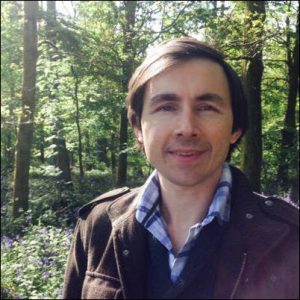 Collaboration between independent presses might almost sound oxymoronic or even, to those of you who are independent publishers, like an impossibility, but thankfully it can be reality. I’d go further and say from our experience at And Other Stories, try it if you haven’t yet.

Independent presses are a funny mix wherever you are, always beating their own paths to an almost pig-headed degree, yet at the same time being collegial and supportive of other wonderfully individual presses and their authors.

A couple of years ago I got in touch with about 15 UK independent literary fiction presses to suggest a joint party and other events under a joint umbrella. Unrandom Houses was one of the mooted possible names. I admit it appealed more to me than to most of the other people. The project evolved into regular marketing and promotional brainstorming meetings in London among the presses’ publicity and marketing folk, as well as private discussion via emails and a forum about any new issues we were facing. Anything from printer queries to pensions schemes can be raised.

Of course there are hundreds of similar collaborations But there are also lots of smaller publishers missing out on this kind of pooling of knowledge and resources.

Meanwhile in the US, we’ve found the stable of independent publishers that Consortium Books Sales and Distribution represent to be an incredibly friendly, collaborative group. It’s all thanks to their brilliant team hosting the sales conferences, I’d say.

In the UK, a very welcome new collaboration is the Northern Fiction Alliance. Originally set up as a core grouping of four literary publishers in the North of England (Comma Press, Peepal Tree Press, And Other Stories and Dead Ink), it successfully applied for an Arts Council England grant to visit more rights fairs in order to sell more rights on behalf of our authors. It’s working.

The Alliance has now expanded to include other great presses including Bluemoose Books, Tilted Axis Press and Saraband. Quite how it develops is still up for grabs, but the Northern Fiction Alliance is present at Frankfurt Book Fair (Hall 6.2 A113) and the Alliance’s “roadshow” is a great new direction this autumn. It’s a series of upcoming public-facing events with other northern fiction publishers and our authors in the north of England. And Other Stories also has a very exciting new prize coming up in partnership with a northern organisation. (Watch our site.)

If smaller independent publishers want to thrive, partnerships are the way forward. We welcome partnerships, as long as the partners understand we will always remain independent and perhaps a tad willful. That’s the starting point and the balancing act.