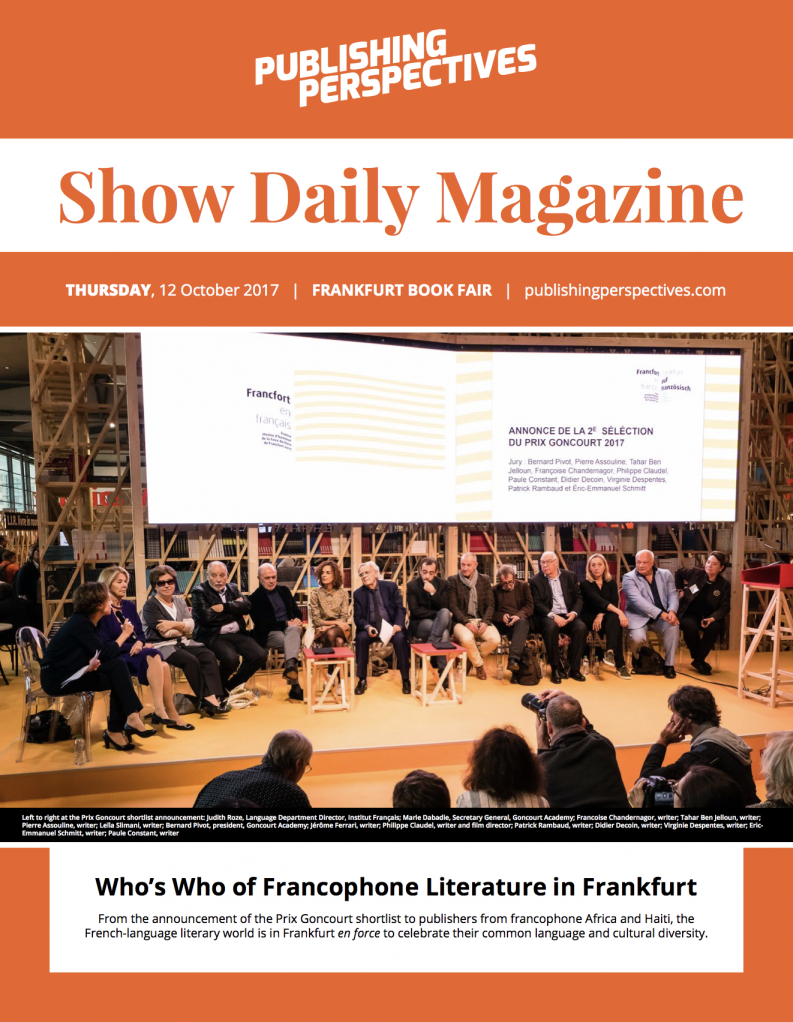 From big authors and CEOs to newcomers from around the world, the first day of the Frankfurt Book Fair kicked off with literary discussions and talks on the future of publishing. 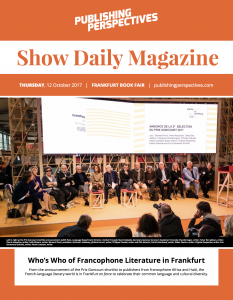 As the fair gets underway, the France Guest of Honor program has brought more diversity and a celebration of the French language to the fair. From the announcement of the Prix Goncourt shortlist to contingent of African and Haitian publishers, francophone literati are to be found across the Fair.

There were also a number of familiar faces and new discoveries. Greenland’s Milik Publishing is in Frankfurt for the first time to present their list of “Arctic noir” titles. Russia’s Clever Publishing is also a first-timer with their growing list of children’s books and ambitions to open more bookstores.

Ken Follett presented his newest book, A Column of Fire, to a packed room of journalists, and at the CEO Talk, Carolyn Reidy (CEO, Simon & Schuster) and Guillaume Dervieux (VP, Albin Michel) discussed some of the most pressing issues facing publishers today.

Read about all this and more in the Thursday issue of our Frankfurt Show Daily Magazine, which you can download here: