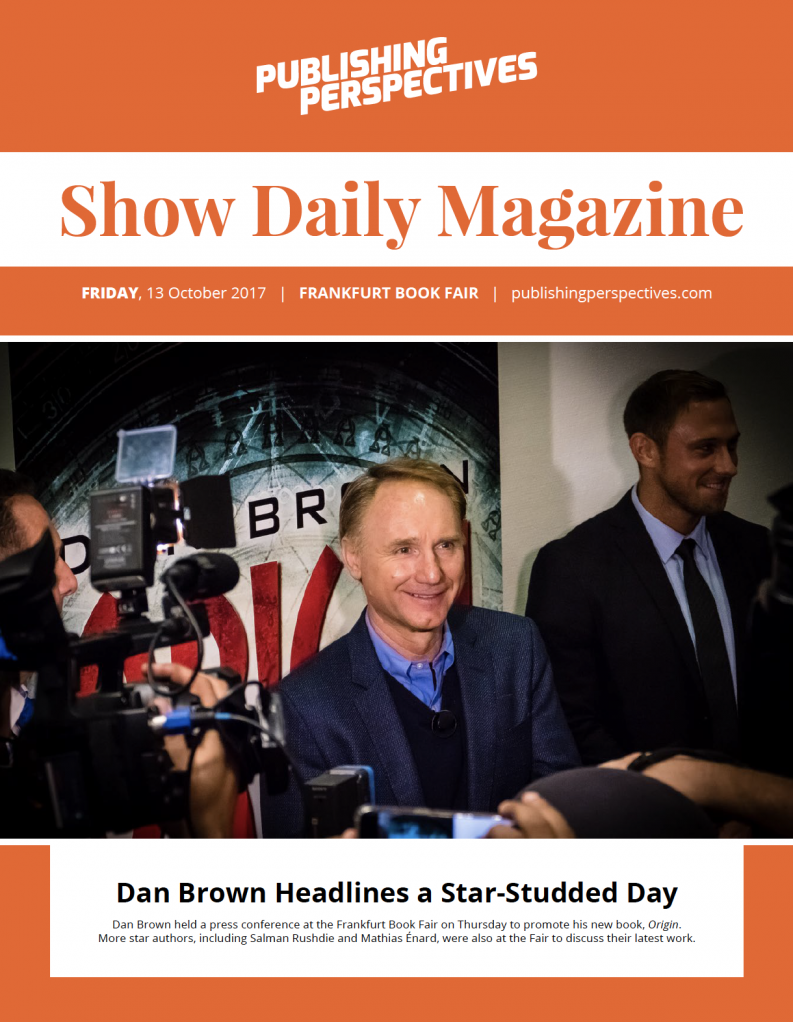 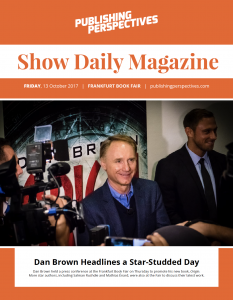 On the final trade-only day of the Frankfurt Book Fair, we bring you news from Catalan, France, Korea, Turkey, Turkey, the UAE, Ukraine and more.

The Catalan Publishers Association issued a statement in Frankfurt yesterday rejecting the violence surrounding the recent independence referendum and saying that the organization trusts “the word as the sole tool for resolving conflicts.”

At the Ukrainian national stand, energy was high as the country’s newly formed Ukrainian Book Institute is working with publishers and the ministry of culture to boost their international connections, develop the national book market, and present their literature to a global audience.

Wikipedia was also in Frankfurt, editing and translating entries live from their stand in Hall 4.2. They invite publishers to come by and learn how they can best uses Wikipedia’s resources.

And, of course, star authors were at the fair to present their latest titles. Dan Brown held a press conference about his new book, Origin. And Salman Rushdie put in an appearance to see his German publisher, Bertelsmann, and talk about his new title, The Golden House. Francophone authors were again a big presence at the Fair. Mathias Énard, Alain Mabanckou, and many others were at the France Guest of Honor pavilion and at events across the fairgrounds.

Read all this and more in our Friday Show Daily magazine: