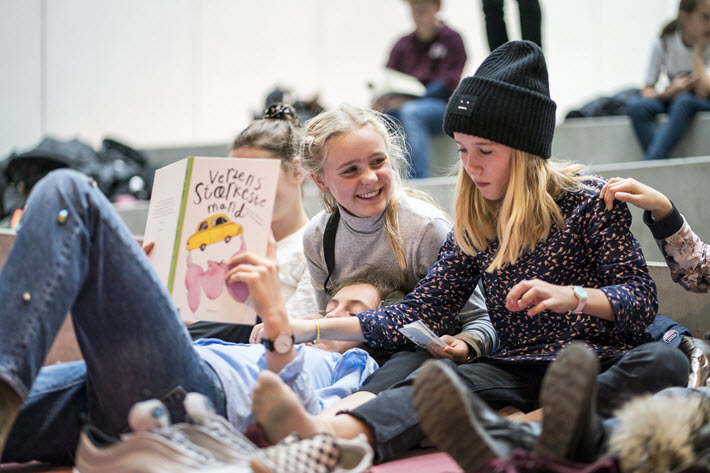 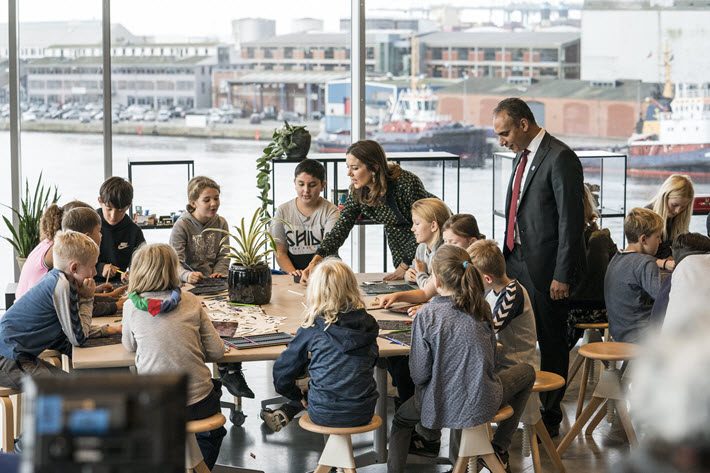 HRH Crown Princess Mary of Denmark engages with children on October 26 at the opening of the inaugural Hay Festival Aarhus for children’s literature. Image: Hay Festivals

A Hay for Writers of Young Readers’ Literature

Hay Festival Aarhus has opened as of Thursday (October 26) with a visit from Denmark’s HRH Crown Princess Mary.

This is the inaugural iteration of the event, the full name of which is the International Children’s Literature Hay Festival Aarhus 2017.  Running for four days through Sunday (October 29), the festival has free admission and comprises events in French, English, and Spanish, as well as in Danish. The venue for the show is the DOKK1 public library and it’s the first Hay network festival exclusively for writers of children’s and young adult literature.

Key authors appearing during the festival include:

It’s at this festival that particular focus is being placed on the Arhus 39 selection of emerging writers for young readers from many parts of Europe. The authors chosen are all younger than 40, each commissioned to write a story on the theme of  journey. Twin anthologies, Quest and Odyssey, are being published in Danish by Gyldendal and in English by Alma Books. 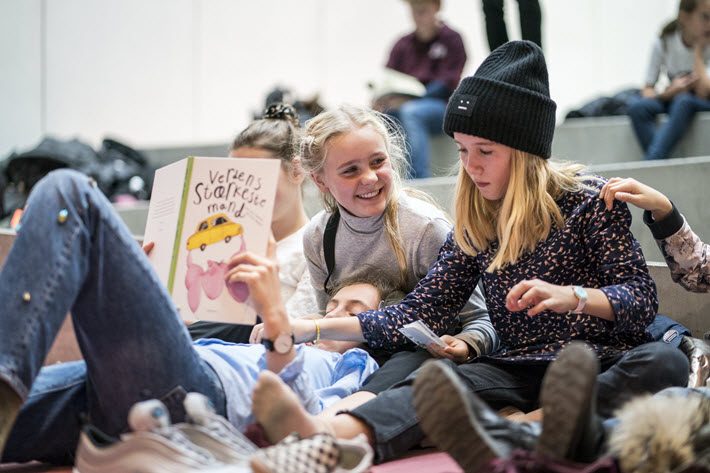 At Hay Festival Aarhus, running through the weekend through October 29. Image: Hay Festivals

As part of the show this weekend, DOKK1 is hosting two exhibitions on the power of illustration in storytelling: Artwork from many illustrators, commissioned for the Arhus 39 anthologies, is on display at the mini Rampen, and the Bologna International Children’s Illustrators exhibition is in place, as well.

The YA author Jenny Valentine is the Creative Wales Hay Festival International Fellow this year, and two writing competitions’ winners are being honored during the festivities, one of them having drawn 4,177 entries from young people across Denmark.

In a prepared statement, Hay international director Cristina Fuentes La Roche is quoted, saying, “A truly international children’s festival, Hay Festival in Aarhus encourages new ways of engaging with children’s and YA literature, highlighting the importance of reading about lives lived in other cultures in promoting empathy. In a world in which it’s easy to feel isolated, this borderless programme aims to engage young people across Europe in a fresh exchange of ideas and conversation.”

And Rebecca Mathews, who is managing director of the European Capital of Culture Aarhus 2017 program, is quoted, saying, “It is with such great pleasure and pride that we welcome Her Royal Highness Crown Princess Mary to inaugurate the first international children’s literature festival in Denmark, in collaboration with the world-famous Hay Festival from Wales.

“For four days, some of the world’s best authors and illustrators will be in Aarhus. They will invite children, young people, and adults into the ‘engine room’, while they create, teach, and give great advice to aspiring writers.

Our wish for this festival is to give children and young people unforgettable experiences, which may inspire them to think big, and to think differently. Personally, I’m looking forward to experiencing some of our greatest illustrators and storytellers.”

More information on the festival is here. 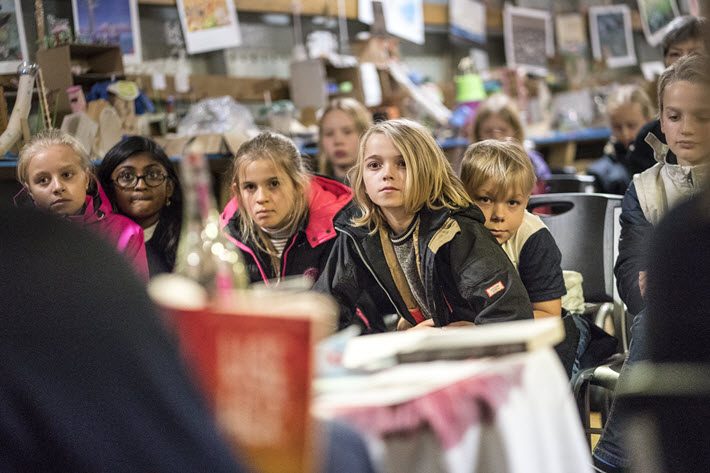 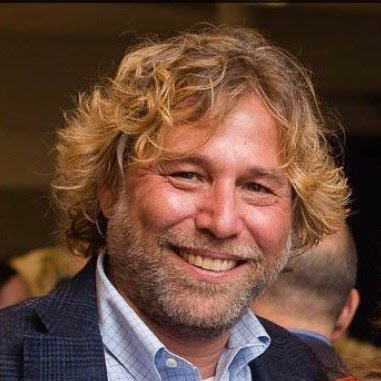 Open Road Integrated Media has announced that Jon Fine–best known in the industry for his nine-year stint in author and publisher relations with Amazon during the formative years of the Kindle system–is becoming Open Road’s senior vice president and publisher, effective Monday (October 30).

With a career based in law, Fine has a background in publishing as legal affairs director with Knopf as well as Saturday Night Live and Dateline at NBC television.

In the interim between his work with Amazon and the Open Road appointment, he has consulted with OptiQly (Publishing Perspectives‘ coverage is here), Draft2Digital, SoHo Press, and others.

Open Road CEO Paul Slavin is quoted in the company’s prepared statement, saying, “Jon is a multi-talented executive with a deep background in publishing and law, and an abiding love for and commitment to books, storytellers, and the larger author and publishing community.”