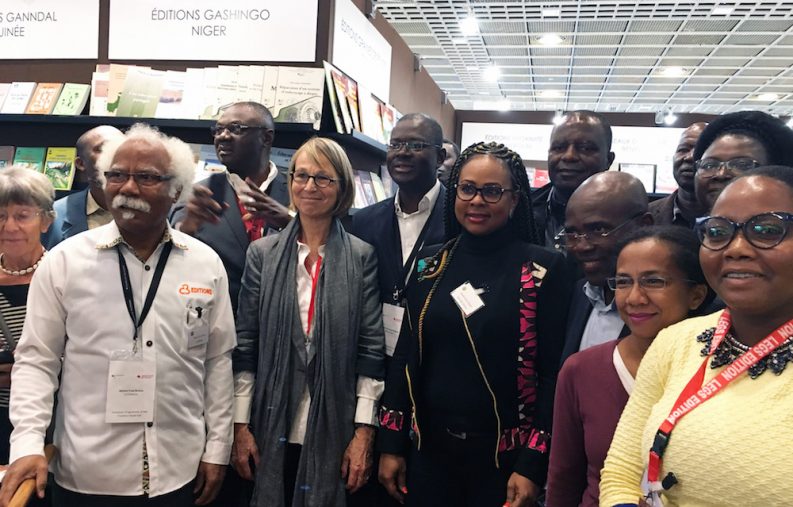 Africa has a larger presence in Frankfurt than ever this year, with a strong contingent of francophone publishers as part of the France Guest of Honor program. 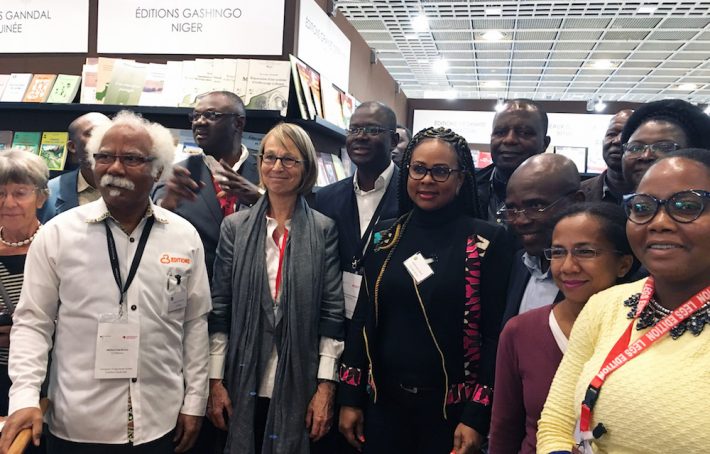 France, as Frankfurt’s Guest of Honor this year, has consciously chosen to highlight francophone authors as well as publishers from countries other than France. In an initiative organized by the International Bureau of French Publishing (BIEF) and backed by the International Organization of Francophonie (OIF) and the National Book Center (CNL), a stand for sub-Saharan African and Haitian publishers made its first appearance at the Fair this year.

Pierre Myszkowski, who heads the department of training and exchanges at the BIEF, describes his office as a bridge between France and francophone publishers from southern countries. This year 20 publishers from Benin, Cameroon, Congo, Côte d’Ivoire, Gabon, Guinea, Haiti, Madagascar, Mauritius, Niger, Rwanda, Senegal, and Togo, were chosen to come to the Fair and be part of the stand.

Several writers have already taken the initiative themselves, such as Haitian-Canadian author Dany Laferrière (also a member of the Académie Française), who is published by Editions Grasset in Paris, giving Grasset world rights except for Québec and francophone areas in the Americas. He offered his Montréal-based Haitian publisher, Rodney Saint-Éloi, a share in his success.
“The idea,” said Myszkowski, “is to create a dynamic in both directions.”

Haitian publisher Fred Brutus, founder of C3 Editions, is in Frankfurt for the first time. The number 3 in the company name stands for the “three levels of creation”: authors, publishers, and readers. He publishes essays, literature, poetry, and children’s books, for the most part in French—although he publishes a few books in Creole and in Spanish in a cooperative effort with neighboring Dominican Republic, where he also prints his books. His goal is to highlight new voices in Haitian literature. For Brutus, “literature must be at the heart of events, and because Haiti has a lot of problems, books should be a catalyst for discussion.”

Brutus enjoys publishing essays that expound on the issues of daily life by progressive authors. He also has a historian looking for forgotten writings by Haitians that still have value today. His poetry collection is directed by award-winning Haitian novelist and poet Lyonel Trouillot, who is published by Actes Sud in France.

From the time he founded C3 in 2011, Brutus has gone from publishing two to more than 30 titles a year. He sells the majority of his books in Haiti and to Haitian communities abroad and makes a special attempt to keep his prices low. “People who have money don’t read, and people who want to read don’t have money.”

Nigerian publisher Sulaiman Adebowale of Senegal-based Amalion, who publishes both in French and English, said he would be meeting with publishers to buy and sell titles; however, “money is the root of all evil, meaning that I am constrained because of finances.” But coming to Frankfurt regularly is important to Adebowale because of the “exchanges and relationships that you develop over time.”

Adebowale first came to Frankfurt in 2014 as part of the Frankfurt Invitation program that enables small and medium publishers from developing book markets to debut as fair exhibitors.