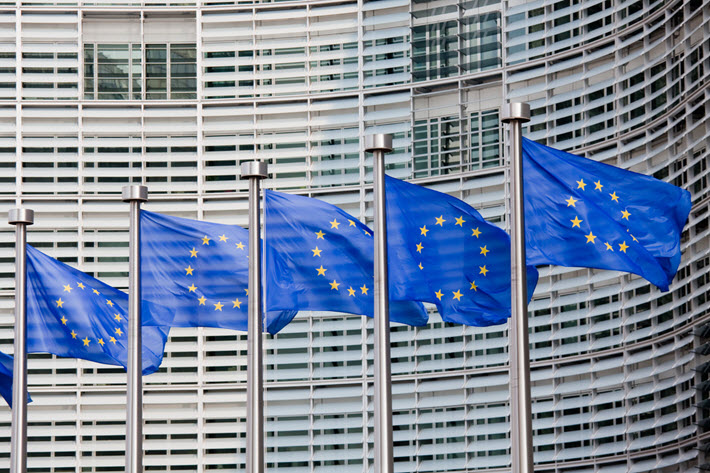 Anne Bergman-Tahon offers the European perspective on Brexit, addressing the UK’s ‘positive approach to licensing’ and the status of EU workers in the UK. 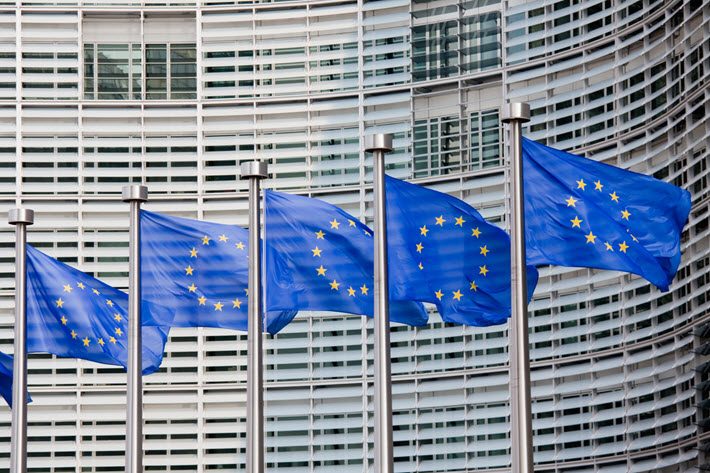 As the world publishing industry gathered at the Frankfurt Book Fair last week, the UK’s uneven Brexit negotiations with Brussels were one of the key political dynamics on many minds. Yesterday, Thursday, we heard from Stephen Lotinga of the UK Publishers Association. Today, we have the comments of the Federation of European Publishers’ Anne Bergman-Tahon. —Porter Anderson

Central Issue: ‘The Exhaustion of Rights’ 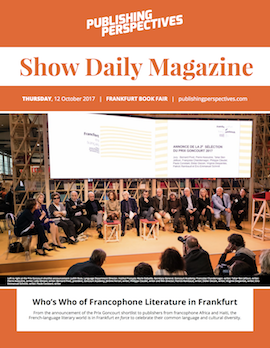 While much about the impact of Brexit on Europe and the UK remains uncertain—negotiations are still in early, difficult stages—we’ve asked Anne Bergman-Tahon, director of the Federation of European Publishers (FEP) for her input.

Yesterday, Stephen Lotinga, Publishers Association (PA) chief in the UK, said of Brexit, “The real opportunities for UK publishers are potentially going to come from strengthened trade agreements with other parts of the world.”

Shorter editions of these comments were published in our Thursday (October 12) Publishing Perspectives Show Daily at Frankfurt, which you can download here.

Licensing: ‘Even Fewer Translations Into English’ 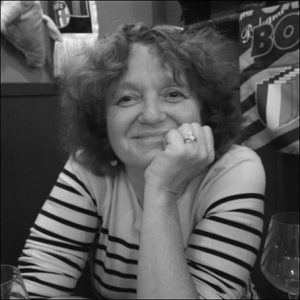 Anne Bergman-Tahon: Even before the UK joined the European Economic Community in 1973, UK publishers were an integral part of the European publishing community.

Leaving the EU per se will not intrinsically change British publishers’ relationship with their European counterparts. However Brexit might—will certainly?—affect the trade of books between the Union and the UK, and vice-versa.

One central issue is the issue of the “exhaustion of rights,” a principle that exists at [EU] Community level and which will no longer apply to the UK territory once Brexit is completed. Today, when a US book is sold in France, the free circulation of goods in the EU and the “exhaustion of rights” mean that it could eventually also be sold in Ireland and in the UK. After Brexit, it will still be possible to sell that book in Ireland, but no longer in the UK.

At the legislative level—and this is quite obvious when it comes to copyright—the UK has very often been a motor to a positive approach to licensing. This is, for European publishers, a key element of fair and pragmatic solutions to answer the needs of the users. Without the UK, it’s unclear whether this approach will have the same impetus.

PP: Is there a danger that fewer European books will be translated into English because of a decline in EU-funded translation grants?

AB: You mean even fewer translations into English. Well, if the UK is no longer party to the European Cultural program (Creative Europe), this is probably rather bad news for translations and translators.

The exceptionally low level of translated works in the UK is also a reflection of the appetite of the British readership for these works. Will this change with Brexit?

Need: ‘To Reflect a Multitude of Cultures’

PP: Are you concerned about the future status of EU workers in the UK?

“It’s really important that the negotiators on both sides find satisfactory solutions to allow EU staff in UK publishing houses and British staff in the EU.”Anne Bergman-Tahon

AB: Creative industries, and in particular publishing, benefit from the free movement of persons, to attract the best talents and to reflect a multitude of cultures. It’s really important that the negotiators on both sides find satisfactory solutions to allow EU staff in UK publishing houses and British staff in the EU to work and continue sharing their cultural specificities. So yes, we’re concerned, as I’m afraid are all employers on both sides of the North Sea.

AB: As mentioned earlier, the UK voice in copyright was generally supportive of balanced solutions, especially leaning to licensing, which is the solution supported by publishers.

On issues of competition in the retailing sector, it’s clear that the weight of the largest online bookseller [Amazon] is bigger in the UK than in other European countries. How this could or would affect the competition issues, I really don’t know. This might also have an impact in the UK.

Europe: ‘We Are Absolutely in Despair Over Brexit’

PP: How worried are you that the UK’s decision to leave the EU might encourage other countries to follow suit?

“We’re deeply regretting it but we have to respect the will of the British people. We hope our respective negotiators and governments will find the best possible solutions.”Anne Bergman-Tahon

AB: I’m a true European, so I do worry about populist political parties using Europe as a punching ball.

The European Union is a hard act to sell, especially as when things go wrong, national politicians tend to blame Brussels, the EU. The votes in the Netherlands, Austria, and France have shown that even if people are not fully satisfied with the EU, they didn’t choose parties wanting to part from it. It’s therefore not a fatality. Plus, Brexit might have played the role of an electric shock for the other Europeans.

That being said, we are absolutely in despair over Brexit.

PP: In general, what’s the view in Europe of the UK’s decision?

It’s a democratic vote and the majority chose to say goodbye. We’re deeply regretting it but we have to respect the will of the British people. We hope our respective negotiators and governments will find the best possible solutions for all parties.