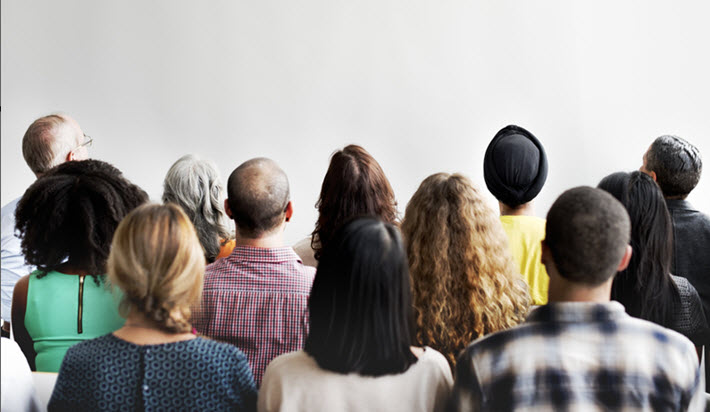 In laying out an industry-wide program to change the makeup of the UK book business, the British Publishers Association works to improve diversity in publishing. 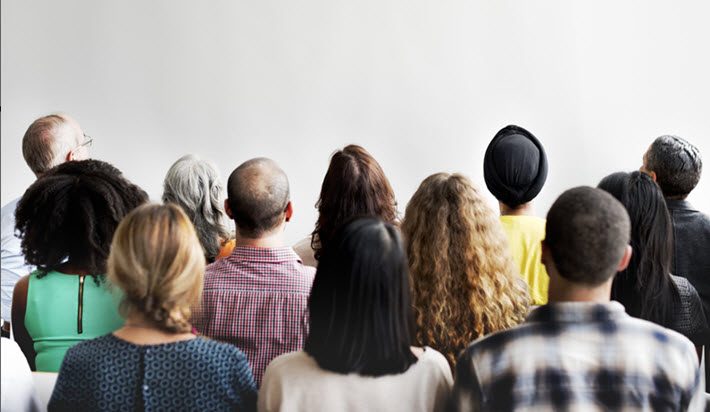 ‘Socially and Morally the Right Thing To Do’

Many industry players in the States may want to watch the process initiated last week in London, where on Friday (September 15), the United Kingdom’s Publishers’ Association (PA) announced its 10-point action plan for workforce diversity in publishing.

The program is intended to serve as an industry-wide guide “to tackle inclusivity within the industry’s workforce to ensure publishers better reflect the UK population.” And a part of its promise is the creation of a survey of UK publishing houses to “enable the setting and measurement of industry wide targets to drive progress towards a more representative workforce.”

In fact, while the United States’ industry is largely dependent on the 2015 Lee and Low Diversity in Publishing survey, which has been well-received and helpful to many in understanding imbalances but was undertaken by a concerned publisher without the resources or mandate that a national publishers’ association can bring to bear on the challenge.

“Publishers Association members have agreed to set industry-wide targets to seek to employ at least 50 percent of women in both senior leadership positions and executive level roles and ensure that 15 percent are from black, Asian and minority ethnic backgrounds within the next five years.”

In announcing its new action plan, the PA’s material for the press reads, “An initial survey of the industry, undertaken by the PA as part of a scoping exercise to inform this plan, found that women currently account for 49 percent of senior leadership roles but only made up 41 percent of executive board level [positions]. It also found that black, Asian and minority ethnic (BAME) employees currently make up 13 percent of the publishing workforce.”

By comparison, the US Lee & Low survey showed some 79 percent of the American publishing industry identifying as white or caucasian. In a similarly close comparison to generally accepted patterns in the UK workforce, the editorial staffing was, Lee & Low found, 84-percent female. Interestingly, Lee & Low saw a higher percentage of women in executive level roles than the PA has seen so far, at some 59 percent.

“Based on these workforce figures,” in the UK, the PA’s announcement reads, “PA members have agreed to set industry-wide targets to seek to employ at least 50 percent of women in both senior leadership positions and executive level roles and ensure that 15 percent are from black, Asian and minority ethnic backgrounds within the next five years. These targets will be reviewed on an annual basis as better data is made available from the survey.”

A part of the program is a plan for the PA itself to provide unconscious bias training and recognizing publishers who are particularly committed to the effort. There’s also a new “Apprenticeship Trailblazer Standard” to be introduced “to expand the routes available into the industry.” 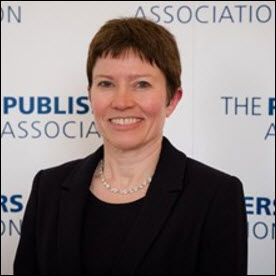 In a prepared statement, Lis Tribe, PA president and managing director with Hodder Education, is quoted, saying, “The publishing industry has started to work in earnest on reaching out to a wider pool of entrants, and promoting our talented people once they are in.

“Being more inclusive is socially and morally the right thing to do, as well as making good business sense.

“However, while many individual publishers have made progress toward improving diversity within their own companies, tackling inclusivity is something which still needs to be addressed industry-wide.

“I am delighted therefore that PA members recognize the importance of this agenda, and have asked the PA to support our individual efforts with an action plan including an annual industry survey and published benchmarks.”

“I know the PA will do everything possible to support all its members in their efforts to respond to these issues.  Publishing workforce data is a first step but there is a lot more that we should be doing and we’re hoping that the whole book industry joins in this endeavour.”

In addition, the PA lists the following efforts the association is making in support of the program:

In her initial coverage of the announcement, The Bookseller’s Benedicte Page took up the point some might note, that moving from 13 to 15 percent in terms of BAME staffers over five years might sound conservative.

Tribe, however, makes the good point that staff levels and openings come into play. “You have to be realistic about how many jobs are coming up,” Page quotes Tribe saying, “and, as a percentage overall of the thousands of people in the industry‚ how many people you would have to employ to get to 15 percent.. It is actually a significant proportion of new entrants.”

‘A Sector Now Willing To Put Talk Into Action’

While commentary in the States so far has been muted, The Bookseller’s editor Philip Jones writes in his column of the importance of seeing the industry “a sector now willing to put talk into action.”

As usual looking to take in a balanced perspective, Jones brings forward one element of the negative response that might be heard around the news, including the Brexitian undercurrents that prevail today in the UK.

“Some will feel,” Jones writes, “that the PA’s commitments are too narrow: that they don’t take into account that much of publishing is centred in London, Oxford, and Edinburgh, where the BAME population is much higher; the nature of the jobs being taken up; or the social class of applicant.

“Neither do they have anything to say about the publishing (though Penguin Random House is doing its own audit of its lists), or the audience.

“There is an emphasis, too, on publishing’s ‘image,’ which risks feeling a little concocted.”

But on the whole, Jones concludes, as do many, there’s palpable value in the component of this approach “that need buy-in from everyone, including those who don’t necessarily see the urgency.”

These are cogent points and it may well prove important to remember, as Jones notes, that goals can be adjusted, new ones set, as the needs arise.

But all in all, the effort is in the international vanguard at this point. The UK’s publishing industry has become a trailblazer in formally conceding head-on that a carefully outlined structural challenge exists in its workforce, that this challenge is to be actively taken up, and that specific monitoring and factual reporting on publishers’ efforts is the only way to be sure that actual progress is made.

In a separate statement, the PA also has announced a second annual Building Inclusivity in Publishing conference for November 13, produced in cooperation again with London Book Fair and set at London’s Coin Street Conference Center. Details and registration are here.