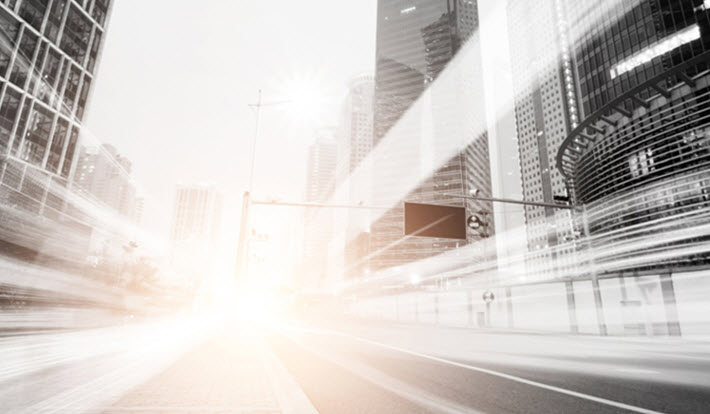 Given a green light by competition authorities, Poland’s bookseller Empik is adding Platon to its portfolio of assets, a major national and international book distributor. 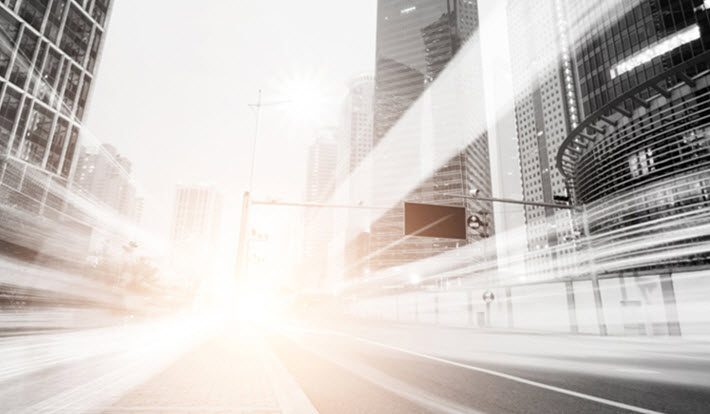 Artwork from the homepage of Polish distributor Platon, which the bookseller Empik is buying

With a network of some 240 stores across Poland, the company has been buying properties as part of a sustained strategy of growth. Industry acquisitions between 2011 and 2013 included publishers WAB and Buchmann.

In addition to this, the Warsaw-based retailer recently launched its new bookselling chain Mole Mole with seven outlets and 15 more to be launched in both large cities and smaller municipalities by the end of 2017, as reported by Publishing Perspectives in July.

Platon opened up this logistics center in Ożarów Mazowiecki outside Warsaw in 2013. Image: Jaroslaw Adamowski

Established in 1995, Platon’s promotional information says the distributor has accounts with more than 300 publishers in Poland. In addition to major houses, the company serves as the exclusive distributor of a number of smaller ones, such as Axis Mundi, Nowy Świat, Dream Music, Bajkowy Królik, Duch Sportu, and many others.

Platon distributes books not only to bookstore chains including Empik, Książnica Polska, and Dom Książki, but also to other retail players that have been rapidly increasing their market share in bookselling. These include retail chains Auchan and E. Leclerc of France; the UK’s Tesco; German-owned Rossmann; and Biedronka, owned by Portugal’s Jeronimo Martins.

The Platon acquisition, then, is likely to help internationalize Empik’s sales channels considerably.

In 2013, Platon opened a new logistics center of about 4,500 square meters. The book distributor is based in Ożarów Mazowiecki, a town about 12 kilometers from downtown Warsaw. 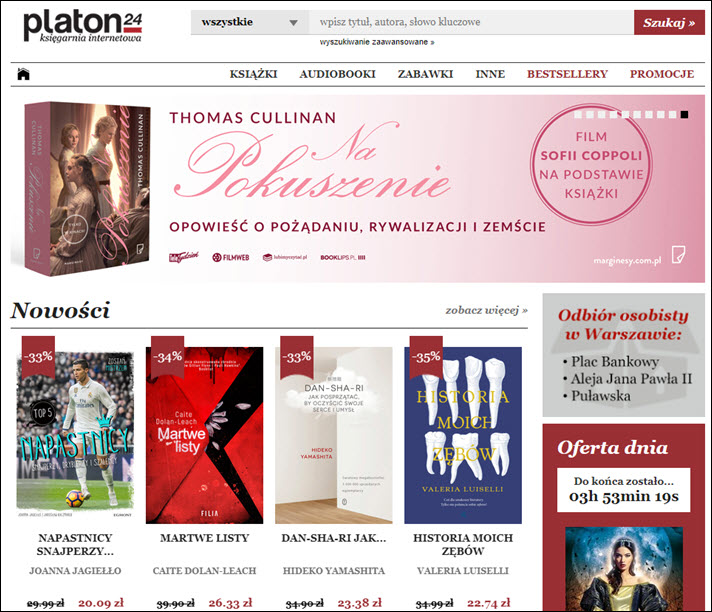 “Publishers are the last element of the supply chain. The market is moving in a direction that will only strengthen the position of retailers and distributors.”Jan Rodzim, Aspra-JR

One of the few obstacles Empik has encountered in its growth trajectory was in February 2011 when the country’s competition authority UOKiK decided to block Empik’s plan to acquire online bookstore Merlin.pl. At that time, the state-run institution claimed in its decision that the potential deal could lead to limits on market competition.

As part of its anti-monopoly research, the UOKiK contacted more than 1,100 of Empik’s potential competitors and business partners in what it called “the largest market research” in the institution’s history. Empik filed an unsuccessful appeal on the watchdog’s decision, and eventually decided to purchase a 70-percent stake in a smaller online bookstore, Gandalf.com.pl, for which it paid some 12 million zloty (US$3.4 million).

Despite its earlier concerns about the Merlin.pl deal, the UOKiK released a favorable decision on Empik’s acquisition plans. In its August 22 statement, the agency said that after four months of extensive market research, nothing was found to suggest that the acquisition of Platon won’t give Empik full dominance of distribution channels.

However, the agency also cited a need to create its own market research for the decision because, its statement said, adequate data on the two companies’ economic impact wasn’t readily available. And some industry representatives say the country’s publishing industry is already pressured by large booksellers and distributors dictating terms and, at times, pushing smaller players into bankruptcy.

“Publishers are the last element of the supply chain,” Jan Rodzim tells Publishing Perspectives. Rodzim is the owner of publisher Aspra-JR and he says, “The market is moving in a direction that will only strengthen the position of retailers and distributors.”

The UOKiK can initiate proceedings either on the request of a local market player, or on its own initiative if it believes that a retailer could abuse its position.

And the agency’s approval is required before mergers and acquisitions in Poland can go forward if the parties involved report previous-year total revenues of at least €1 billion (US$1.19 billion) worldwide, or €50 million (US$59.5 million) in the Polish market.