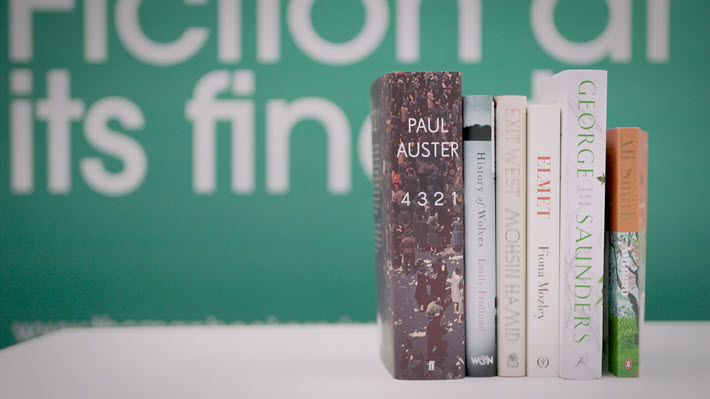 Called ‘a group of novels grown from tradition but also radical and contemporary,’ the Man Booker Prize for Fiction shortlist of six books is announced in London. The winner is to be named on October 17. 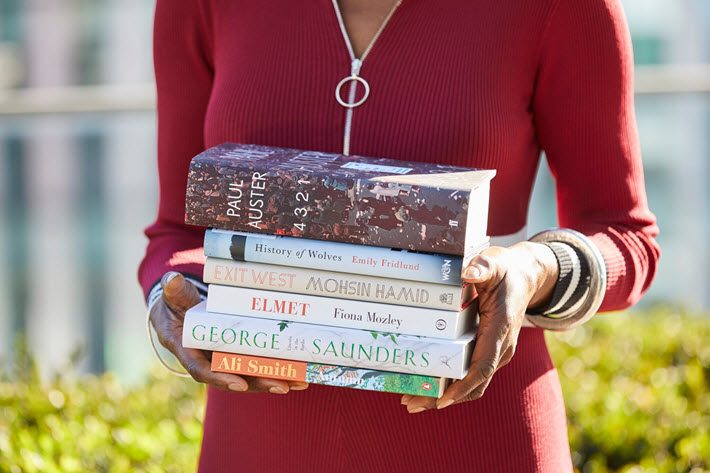 Now in its fourth year of the more widely internationalized evolved formula, the Man Booker Prize for Fiction has announced a shortlist that includes two British, one British-Pakistani, and three American authors. Image: Man Booker Prize

In London, the six shortlisted authors for the 2017 Man Booker Prize for Fiction have been announced this morning (September 13) by jury chair Baroness Lola Young at a news conference.

The prize’s shortlist is:

This is the fourth year in which the prize has been open to writers of any nationality, and the shortlist is made up of two British, one British-Pakistani and three American writers.

Scottish writer Ali Smith makes the Man Booker shortlist for the fourth time. She was previously shortlisted for Hotel World in 2001, The Accidental in 2005, and How to Be Both in 2014. This year also sees a repeat shortlisting for Mohsin Hamid, a Pakistani writer now living in the UK. He made the list in 2007 with The Reluctant Fundamentalist.

Both major and independent publishing houses are represented on this list as well: Two titles from independent publishers, Faber & Faber and Bloomsbury, are shortlisted, as are a book from Penguin Random House’s imprint Hamish Hamilton and two from Hachette imprints, Weidenfeld & Nicolson and JM Originals.

Hachette’s JM Originals is making the shortlist for a first time with Fiona Mozley’s Elmet, which was the first acquisition of assistant editor Becky Walsh.

Of particular interest in this cut of six titles from the longlist’s 13:

Of the other two American authors on the shortlist, Paul Auster and George Saunders, 4321 by Auster (who turned 70 this year), is the longest novel on the shortlist at 866 pages and, according to the author, took three and a half years, working six-and-a-half days weekly to write.

Lincoln in the Bardo, the first full-length novel by Saunders, has been the subject of a special virtual reality production for The New York Times. Here’s a story from Publishing Perspectives about the making of The New York Times’ virtual-reality evocation of the Saunders piece. 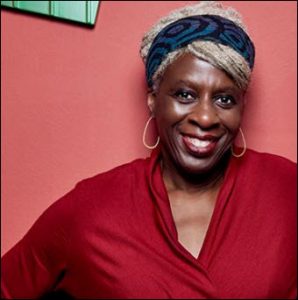 In a prepared statement for the media, jury chair Baroness Lola Young is quoted, saying, “With six unique and intrepid books that collectively push against the borders of convention, this year’s shortlist both acknowledges established authors and introduces new voices to the literary stage.

“Playful, sincere, unsettling, fierce: here is a group of novels grown from tradition but also radical and contemporary.

“The emotional, cultural, political and intellectual range of these books is remarkable, and the ways in which they challenge our thinking is a testament to the power of literature.”

Background on the Man Booker 2017

The 2017 winner will be announced on October 17 in London’s Guildhall, at a dinner that brings together the shortlisted authors and others from the literary inudstry. That ceremony is to be broadcast by the BBC.

The Booker Prize Foundation provides funding for the Royal National Institute of Blind People to ensure that braille, giant print & audio versions of the shortlisted books are available for the visually impaired in time for the winner announcement. The majority of this year’s shortlist is already available for readers in these formats. The Booker Prize Foundation has a longstanding partnership with RNIB to provide Man Booker Prize books to the tens of thousands of blind and partially sighted members of the RNIB Library.

Prize organizers report receiving 144 submissions of works published in the UK between October 1 last year and 30 September. First awarded in 1969, the prize is open to writers of any nationality. Not without controversy, the prize rules were changed–or “evolved,” in Booker terminology–in late 2013 to open up eligibility to writers beyond the UK and the Commonwealth.

Nominated authors must write in English and be published in the United Kingdom.

The longlist for the prize this year, as Publishing Perspectives reported, is:

In an interview with Publishing Perspectives last week (September 8), Canongate publisher Jamie Byng—whose author Mike McCormack and Solar Bones appeared on this year’s longlist—Byng talked about the power of a Booker win to propel sales:

“The Booker Prize can literally be life-changing,” Byng said, in referring to Yann Martel’s 2002 winner. “Life of Pi has been published in 45 countries around the world and we’ve sold more than 4 million copies.” Byng’s company was also the US producer of the 2003 winner, DBC Pierre’s Vernon God Little.

Publishing Perspectives frequently encounters some confusion among readers about the “two Bookers.”

And some will find the process by which a book makes its way to the prize operation interesting.

UK publishers were eligible to submit novels written in the English language and published in the UK between 1 October 2016 and 30 September 2017 for this year’s prize.

The number of books a publisher is allowed to submit depends on that publisher’s inclusion in longlists over the previous five years:

“This means,” write prize organizers, “that the number of submissions for each publisher may change from year to year.

“A new work by any author who has previously been shortlisted for the Booker (pre-2002) or Man Booker Prize is automatically eligible.

In addition, the judges ‘call in’ a number of novels each year: in addition to their main submissions, a publisher may provide a list of up to five titles for consideration, accompanied by a justification from the editor. The judges are required to call in no fewer than eight and no more than 12 of these titles.

“The judges are also permitted to call in other books published within the requisite dates, even if the book has not been entered through any other route.”