History at ‘the Epicenter of Global Publishing’

As HarperCollins works its way through its 200th-anniversary slate of events, special plans are being made for Frankfurt Book Fair.

Attendees in Frankfurt will find archival material on display, along with books, photos, and a timeline pointing up highlights of the company’s two centuries. As part of the Big Five publishers’ worldwide “HC 200” program, the presentation will be found at the HarperCollins stand (Hall 6.0, D129).

In a prepared statement about the coming presentation at Frankfurt, Brian Murray, president and CEO of the company, is quoted, saying, “Our anniversary celebration spans the globe and acknowledges the employees, authors, librarians, booksellers, and consumers who’ve been instrumental in helping HarperCollins become a part of the global literary culture over the last 200 years. 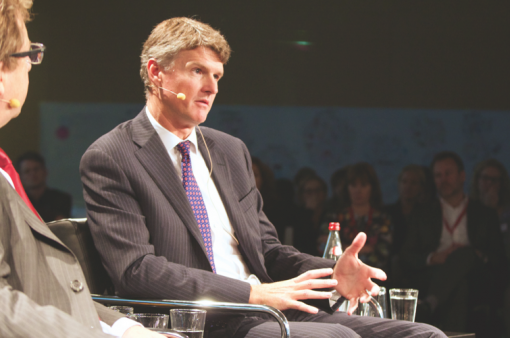 “I’m excited to now be celebrating this milestone anniversary at Frankfurt Book Fair, the epicenter of global publishing.

“Our company’s goal today is unchanged from what our founders set out to achieve two centuries ago—to help authors and their works reach their fullest potential and widest readership. We hope to continue to entertain, educate, and inspire generations of readers for centuries to come.”

Industry observers may note that the phrasing there—”to help authors and their works reach their fullest potential and widest readership”—is less historical than a product of today’s marketplace.

Public statements of this are a contemporary trend for most publishers nowadays, as they opt for mission statements with author-centric declarations rather than more commercial goal announcements that might involve generating fiscal growth or shareholder value.

HarperCollins enters its third century at a time of unprecedented, sustained, and growing public pressure on publishers from authors and their agents and service organizations–such as London’s Society of Authors with its CREATOR Fair Contract Terms and New York’s Authors Guild with its Fair Contract Initiative. These demands are for contract reform and for more equitable payment and copyright agreements than writers have been offered in the past.

Those tensions and the quickening maturation of self-publishing may make the next 100 years quite interesting.

Certainly the HarperCollins 200 timeline, in its iteration on the anniversary site, is replete with remarkable moments in this major house’s rich history. A few highlights include: 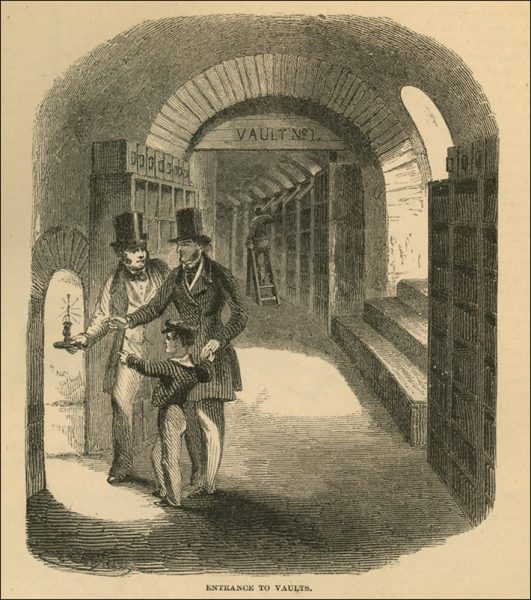 The Harper ‘stereotypic’ plate storage vaults in image from around 1855. Image: Provided by HarperCollins

1855: J&J Harper, HarperCollins’ timeline stories tell us, was the first publisher to use “stereotyping,” which in this context meant “molding the page forms of a publication with clay or papier-mâché and creating a solid metal plate replica to be used for reprints. Stereotype plates, which could be stored more easily than galley forms, saved time and money when reprinting popular works.”

The stereotype plates were stored in special vaults and the HarperCollins 200 content says that this technology, in part, helped the company with its “understanding of the expanding life cycles of their authors’ works.”

The introduction of Wuthering Heights to American readers turned out to be a bumpy ride. Soon after publication, Bostonians protested the book, saying that “its profanity was beyond enduring” and forcing a bookstore to return its copies to the publisher.

1863: Harper & Brothers, the timeline presentation says, took “a clear stand in favor of [slavery’s] abolition” in publishing Fanny Kemble’s Journal of a Residence on a Georgian Plantation in 1838-1839.

Kemble’s books was among the few that revealed “the harrowing conditions female slaves faced on Southern plantations” and, HarperCollins’ material tells us, the popularity of the book “rallies support for Abraham Lincoln’s Emancipation Proclamation.” 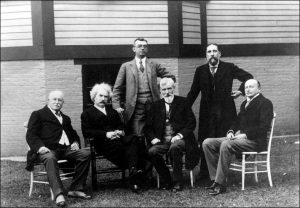 At a literary luncheon with Mark Twain, second from left. Image: Provided by HarperCollins

1895: Mark Twain (Samuel Longhorn Clemens) signed an exclusive contract with Harper & Brothers. His Joan of Arc is serialized a year before being published as a single volume.

Eventually, Harper acquired the rights to publish all of Twain’s books.

HarperCollins later published Soul Mountain in all its divisions around the world. 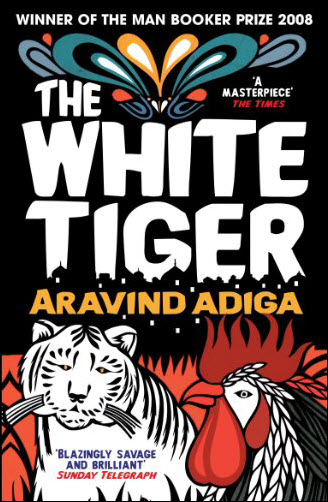 2008: Aravind Adiga’ The White Tiger was published by HarperCollins India. And the book won that year’s Man Booker Prize.

2015: Particularly interesting for Publishing Perspectives‘ international readership, one of the key dates spotlighted on the HarperCollins 200 timeline is the expansion “from a primarily English-language publisher to one publishing in 17 languages, with operations in 18 countries.”

As Brian Murray had told a Book Fair Business Club audience, it was its 2014 acquisition of Harlequin from Toronto’s Torstar that helped the company move quickly to such broad international reach. 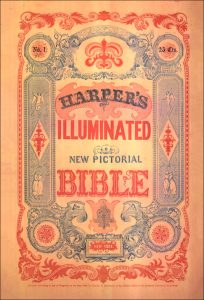 ‘Harper’s Illuminated and New Pictorial Bible of 1846’ carried a price of 25 cents. Image: Provided by HarperCollins

The HarperCollins 200 Collection of iconic titles from the company’s history are titles chosen “with the help of booksellers and librarians from around the world.” The selection is well worth a look.

Readers are represented in the HarperCollins 200 program by a battery of “Why I Read” comments gathered from readers in many parts of the world.

In social media, readers and consumers can follow the HarperCollins 200 program with hashtag #hc200.

At Frankfurter Buchmesse, attendees will find, the company says, “managing directors from many of HarperCollins’ global divisions” on hand. HarperColins is, of course, a subsidiary of News Corp.