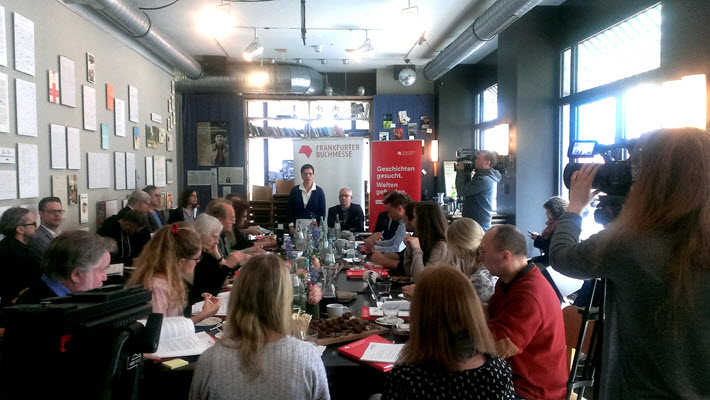 The world’s controversies and struggles, say Frankfurt Book Fair organizers, are opportunities for the books industry to show the world the value of literature. 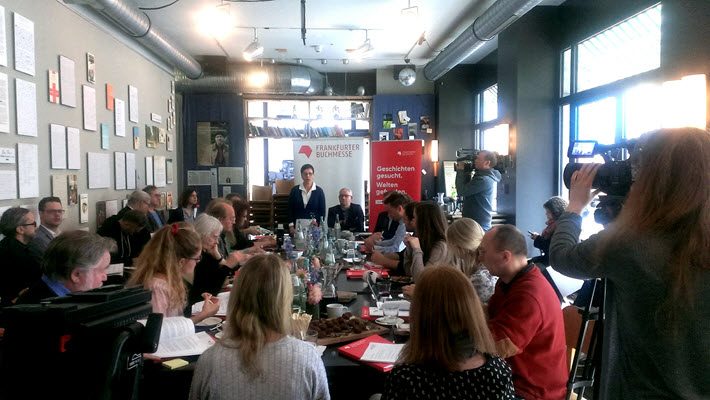 Publishing ‘Keeping Step With the Times’

The international rights trade is “booming,” according to speakers at a press conference held today in Frankfurt (September 18) by the Frankfurter Buchmesse administration.

In the run-up to Frankfurt Book Fair (October 11-15), the trade show’s organizers see challenging political developments in many parts of the world as a chance to demonstrate what “makes publishers extremely important.”

In his statement, Frankfurt director Juergen Boos, has told the media, “When world affairs become confusing, when deep rifts mark most societies, and when fake news challenges journalistic reporting, the desire for trustworthy sources of information, solid knowledge, and well-researched news grows.

“This makes publishers enormously important—a responsibility they know they have.”

Standards and commitment are the essentials now, Boos has stressed, saying that a look at the programming coming into place for October proves the critical importance of weighing information with care and sorting facts with nuance. 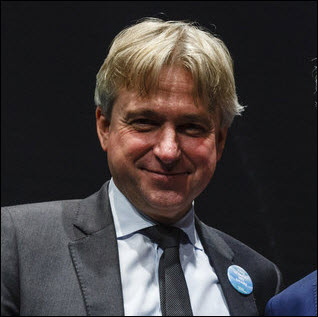 This year “will be remembered,” Boos said, “as a year that set the course at many levels–both in politics as well as in economic and social contexts, in Germany and in many parts of the world. Frankfurter Buchmesse brings together exhibitors from more than 100 nations.

“For five days, the focus is not only on the content business; rather, the book fair is the place where the industry proves that it’s keeping step with the times–open to innovation, stable in its economic development, and as opinionated as ever.”

Of course, however realistic Boos’ understanding of the importance of publishing in such conflicted times may be, the consumer-reader base is also distracted by the political construct, natural disasters and climate change, security struggles, economic swings, and other dynamics reflected in an interview with Knopf executive vice president and executive publicity director Paul Bogaards by the Associated Press’ Hillel Italie.

“People are indeed distracted,” Bogaards told Italie, “and there’s no sign of it letting up. Many are weary from their social feeds—mentally exhausted—and some, perhaps, are simply choosing to binge-watch their favorite television series and eat copious amounts of ice cream rather than read a contemporary, literary novel.”

And so it is that this, too, will be part of this year’s discussions at Frankfurt: how does publishing hold its base, grow its readership, amid such relentless demands for the attention of the consumers?

Several factors in Monday’s news conference presentation help give context to the upbeat perspective of Boos and his colleagues.

Internationalism in the Lead

This year, exhibitors at Frankfurter Buchmesse come from more than 100 countries. A new entry, the collective stand Publishers from Africa and Haiti, will feature 20 French-language publishers with titles from 13 countries. This will include the debut appearances at Frankfurt of Niger, Madagascar, and Gabon. You’ll find this signal group in Hall 5.1, very near the French collective stand at 5.1 E17.

Rights on the Rise

Frankfurt is the international book industry’s biggest trade event of its kind, annually drawing more than 250,000 attendees. Rights trading is at the heart of the show and has continued to set new records in advance of October’s fair. The Literary Agents & Scouts Center (LitAg) has set a new record with 500 tables sold.

And in related events on Buchmesse’s program: 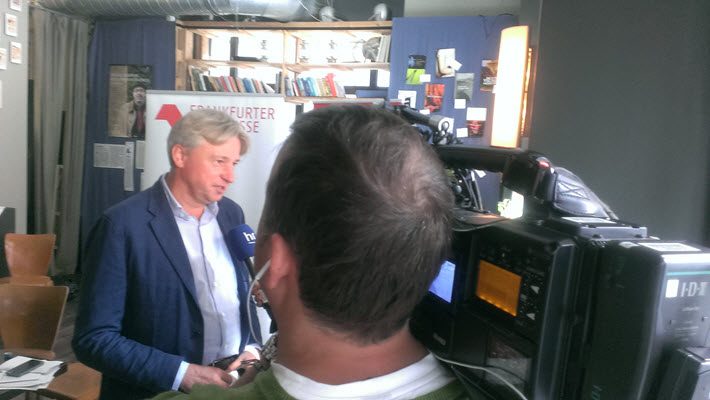 Weltempfang’s New Satellites, Arts+, and France as Guest of Honor

Always intriguing and frequently intense, the Weltempfang events on their own stage in Hall 3.1 turn on controversies of the day. This year, a trio of sessions will feature Boos in conversation with public figures on current events.

Among these sessions, each of which is at 9:30 a.m. at the Business Club:

Meanwhile, as covered earlier here at Publishing Perspectives, The Arts+ program has a full schedule planned, including  appearances by Chris Dercon, artistic director of the Volksbühne Berlin, and Peter Weibel, chairman and CEO of ZKM (Center for Art and Media) Karlsruhe.

October 11, THE ARTS+ Innovation Summit will be held in cooperation with European institutions from politics, the creative industry and culture. In a workshop discussion, the artist collective robolab (ZKM Karlsruhe) will present its robot “manifesto.”

As covered many times this year here at Publishing Perspectives, France’s Guest of Honor program is a strong reflection for many of the bonds between Germany and France, understandably meaningful and impressive in such a year of political tests.

“France’s presentation as Guest of Honor,” Boos said Monday, “is under the aegis of the president of France, Emmanuel Macron, and that alone shows the political dimensions of the occasion. In 2017, an election year, France’s presence at the fair is a powerful symbol of the solidarity and partnership between Germany and France within Europe, and a cultural highlight.”

Exhibitors and other attendees, remember to arrange your ads now in Frankfurt’s most widely distributed Show Daily from Publishing Perspectives, space is closing soon. Information is here.