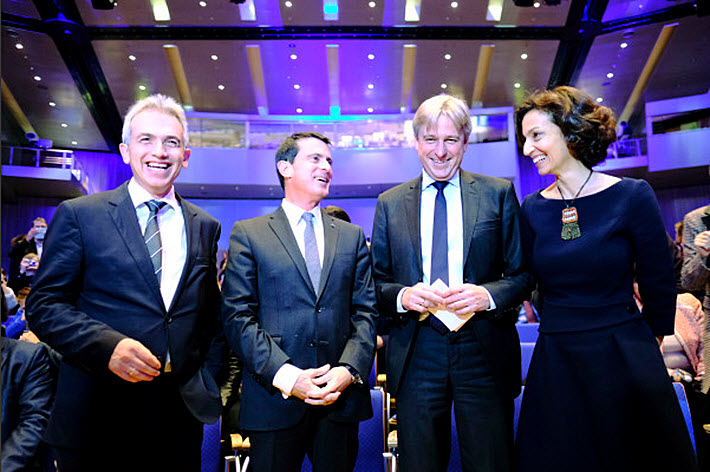 Ahead of Frankfurt Book Fair’s Guest of Honor focus this year on the French industry, a talk with Frankfurt’s Juergen Boos and Holger Volland. 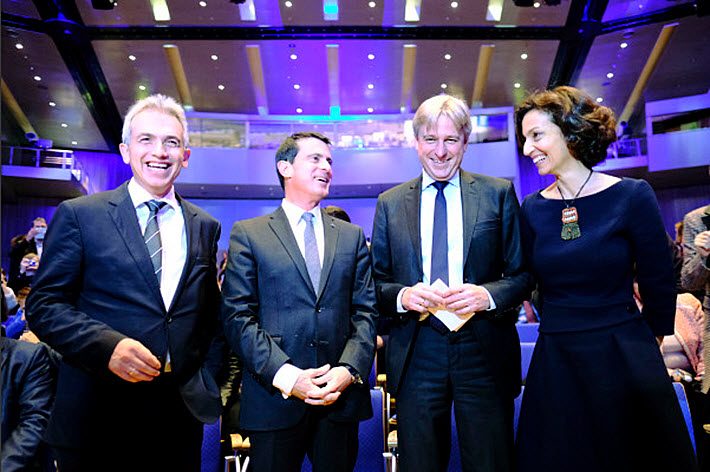 ‘A Lot of Issues To Cover’

One of the interesting points made in a recent Beyond the Book podcast from Copyright Clearance Center comes from Frankfurter Buchmesse director Juergen Boos. Political realities can have real impact on in Frankfurt Book Fair’s (October 11-15) Guest of Honor program.

“We started talking to our French colleagues, to the French Publishing Association, and to the government,” Boos tells host Christopher Kenneally, “like five years ago.

As the Francfort en français program has developed, Boos says, what will be featured is “the language, not the nation, which is quite interesting.

“They’re covering every author from all over the world who has French as their mother tongue,” he says. “It reaches from French-speaking Switzerland to north Africa and to the Caribbean, as well.”

As Boos goes on to say, “We’re quite lucky that our governments actually talk to each other, and it’s very productive discussions.

“The French president only got elected two months ago, and already they’re traveling between Berlin and Paris. There are a lot of meetings taking place. There’s been a meeting of ministers in Paris two weeks ago, and that’s a very productive exchange.

“We have a lot of issues to cover, especially in the field of culture, as well. There are copyright issues related to digital media, but there are also a lot of political issues to try to unify Europe, to have a common understanding where we are.”

So the timing is right, as Boos clarifies, to support the development of Europe’s Single Digital Market strategy—particularly as China moves forward on its own efforts in the digital space.

There’s more about the French program at its site here.

And Kenneally also speaks with Holger Volland, co-founder of The Arts+ program, a joint venture with Buchmesse which has its second annual iteration in October. We’ll have more on Arts+ here at Publishing Perspectives as we get closer to Frankfurt Book Fair.