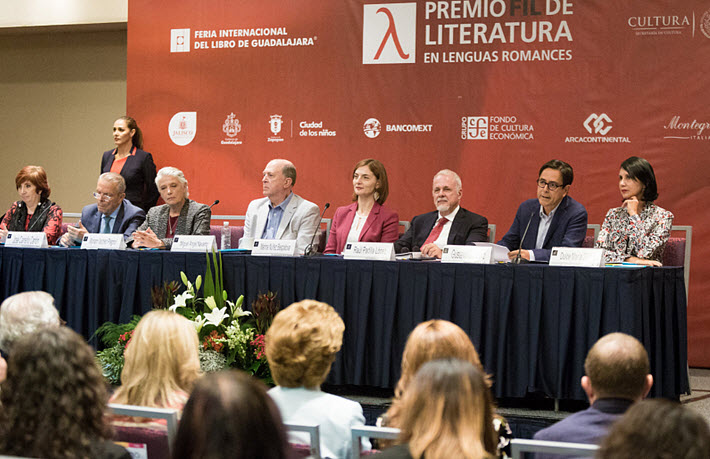 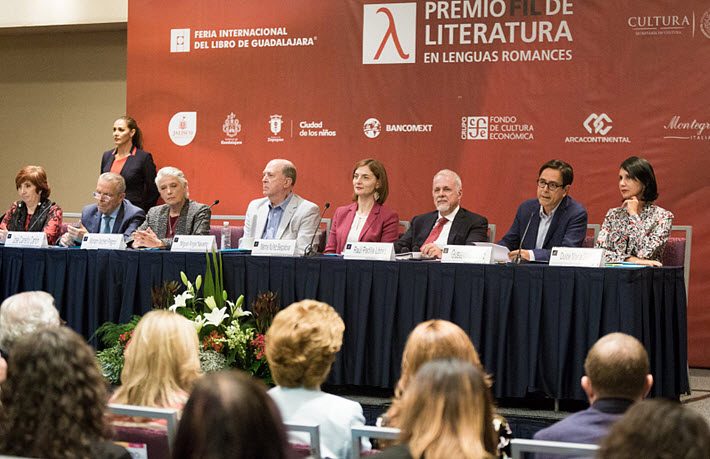 France’s Emmanuel Carrère not only is named as Guadalajara’s Romance Languages laureate but also is one of nine finalists for the Neustadt Prize. The Mexican prize’s jury praises Carrère’s handling of the ‘dark zones of the contemporary condition.’ —Porter Anderson

Chosen from 72 Nominations from 18 Countries

Emmanuel Carrère has been named the recipient of the Guadalajara International Book Fair’s most prestigious award. Announced in a press conference this week, Carrère is to be given the award on the first day of the fair—the largest in Mexico—which this year runs from the 25th of November through December 3.

Citing Carrère’s “versatile body of work that has garnered enthusiastic international recognition,” the jury has named the author of La Moustache and The Kingdom, translated from the French by John Lambert. to receive this year’s prize.

Awarded annually since 1991, the prize is given to a poet, fiction writer, or creative nonfiction writer working in Catalan, French, Galician, Italian, Portuguese, or Spanish. The award carries a purse of US$150,000, funded by a consortium of Mexican government agencies, banks, and universities.

A total of 72 nominations were received for this year’s award, from 18 countries. Last year’s award was won by Romanian author Norman Manea, and previous winners include Enrique Vila-Matas of Spain, Italy’s Claudio Magris, and Mexico’s Fernando del Paso and Margo Glantz. 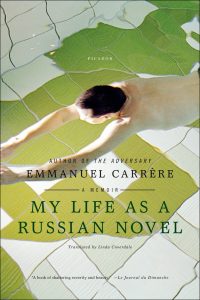 Carrère’s work crosses “varying creative territories,” according to the jury’s rationale, “in an apparently natural way that has made him one of the most-read and influential authors among the new generations.”

The jury describes Carrère as “an heir to Michel de Montaigne and Jean-Jacques Rousseau.” In his work, they write, “Autobiography acquires a critical dimension that allows him to paint himself without concessions and to take risks and explore dark zones of the contemporary condition. 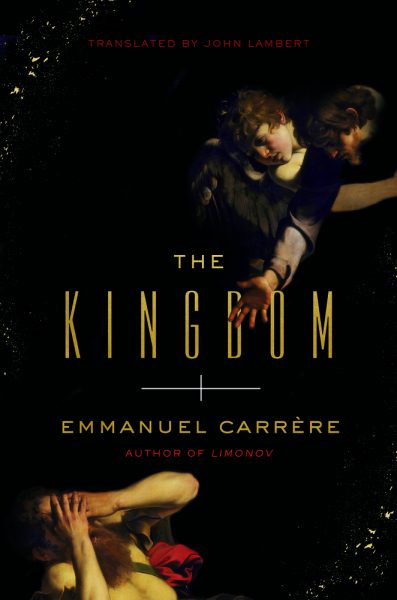 “A writer of a multimedia circulation,” the jury writes in its statement, Carrère is “also working in cinema and television, but without separating himself from the great humanist tradition.

“On the one hand, he is capable of rereading and commenting on the Bible with the erudition that he demonstrates in a book such as The Kingdom. On the other, he is the author of an acclaimed biography of Philip K. Dick, [I am Alive and You are Dead: A Journey into the Mind of Philip K. Dick, translated by Timothy Bent and published by Picador], and a passionate reader of science fiction and journalism.”

Carrère directed the 2005 film treatment of La Moustache, and the 2002 film L’Adversair, directed by Nicole García, is based on a novel by Carrère.