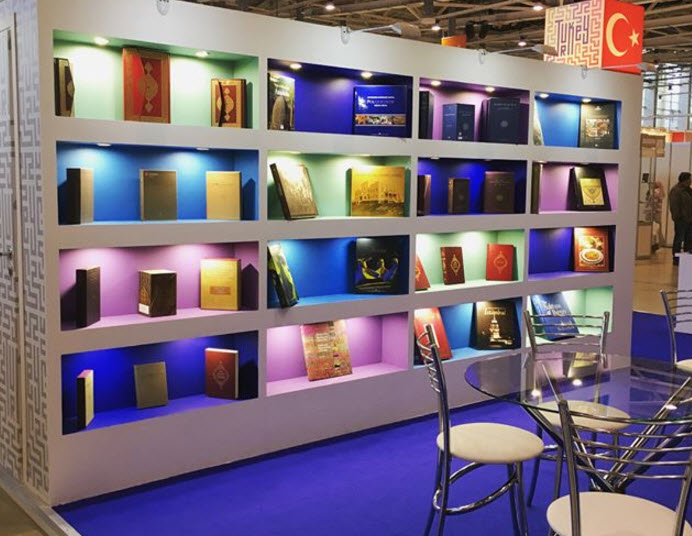 Referring to Russian’s ‘anti-gay propaganda’ law, the International Publishers Association’s Michiel Kolman tells Muscovites that restrictions on freedom to publish are wrong even when made with ‘good’ intentions.

Condemns Censorship, Even With ‘Good’ Intentions

As regular readers of Publishing Perspectives know, recent reports from Russia have indicated that there are increased levels of state censorship being imposed on the book market. In our August 17 report, we looked at how “Western values,” including gay, lesbian, bisexual and/or transgender issues (LGBT), appear to be particularly frequent targets.

This was referenced on Wednesday (August 6) by International Publishers Association president Michiel Kolman, when he addressed the opening of the Moscow International Book Fair.

Recently in China, Kolman and his associates decided not to address a situation in which Cambridge University Press (CUP) had first removed and then restored 315 articles objected to by Chinese authorities in Cambridge’s journal The China Quarterly. When the press decided to reject the censorship of the articles and restore them to the journal’s site, the IPA elected to wait and see what reaction might come from Beijing before speaking.

In Moscow, however, Kolman spoke as planned in his festival-opening comments, bringing up the importance of the freedom to publish as one of the IPA’s key tenets.

He mentioned the China-Cambridge issue, saying, “We wait to see what Beijing will do next” in response to CUP’s non-compliance.

And then Kolman brought up Russia as “another example” of a freedom-to-publish hot spot for its “anti-gay propaganda” law which, Kolman said, “is compelling publishers to censor texts to avoid criminal liability.

“The law poses many questions beyond the immediate issue it seeks to address,” Kolman said, “questions about freedom of expression, commercial sensitivities, the sacred bond of trust between authors and publishers.”

As covered last month, legislation prohibiting “the promotion of non-traditional relationships to children” is reported to have been enacted in Russia in 2013 and can carry fines of up to 100,000 rubles (US$1,682) for individuals, and up to 10 times that for companies.

Russia’s “anti-gay propaganda” law “poses many questions beyond the immediate issue it seeks to address–questions about freedom of expression, commercial sensitivities, the sacred bond of trust between authors and publishers.”Michiel Kolman

Because of what it describes as a significant increase in content that contravenes the 2013 legislation, the state prosecutor’s office is said to have begun a more stringent scrutiny of books published in Russia, giving an especially hard look at material translated from other languages.

Kolman’s scripted handling of the matter leaves some question as to his own intent. “We believe this law needs to be reviewed,” he said, “because its good intentions to protect minors may in reality be doing more harm than good.”

Considering that Moscow’s law is meant to shield children from content that might represent gay relationships as outside the realm of normality, it’s unclear what Kolman meant by referring to this law’s “good” intentions.

Piracy, and ‘a Book Is a Book’

In other comments, the IPA chief spent a great deal more time on Russia’s notorious problem with book piracy than on freedom to publish and the “anti-gay propaganda law.”

Kolman’s reading text for his address says, in part, “I’d like to applaud the resolute steps being taken in Russia to tackle the book piracy epidemic. According to the Russian ministry of internal affairs, between 25 and 30 percent of Russia’s overall book market is counterfeit—including schoolbooks.

“Inferior quality counterfeit books in classrooms mean pupils get an inferior quality education. Not only that, but counterfeiting and piracy mean publishers do not benefit from the return on their investments, which curtails their ability to take risks and innovate, and to better prepare Russian children for the knowledge economies of the future.

“We’re encouraged,” Kolman said, “that the state is starting to take the matter seriously, and mounting a legal response. As a side note, some of the problem may be addressed by the removal of the high 18-percent VAT levy currently imposed on ebooks in Russia, which would bring them into line with the zero rate applied to print books. After all, a book is a book whatever its format.

“But we can be certain that without consistently applied proactive countermeasures and communications campaigns to sensitize a Russian population that’s largely unconcerned about this crime,” he said, “then the problem will get steadily worse.”

“Piracy comes in many forms, some of which may even lend it a veneer of acceptability. In the science domain, Sci-Hub is a source of global concern, and one
that I’m sure publishers and governments everywhere want to address together. Such platforms undermine the science publishing ecosystem that researchers and universities worldwide rely on for communication, validation and quality assurance.

“Sci-Hub’s voluntary withdrawal from Russia this week was welcomed by many in the scientific publishing community, but further proactive action is needed to properly address the problem.”