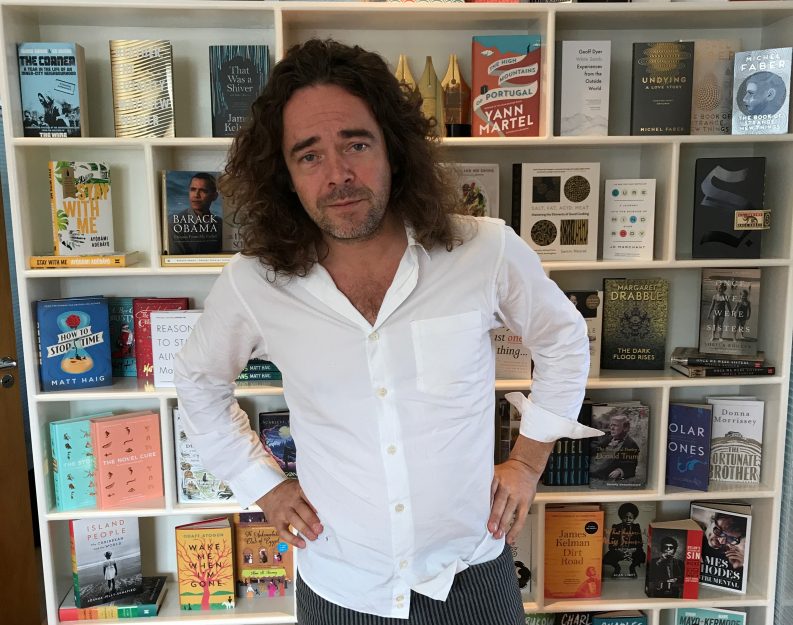 ‘Lazy publishing,’ says Canongate’s Jamie Byng, ‘is just a disservice to what books can be.’ The veteran independent publisher talks about Man Booker, reading, and ‘Letters Live’ 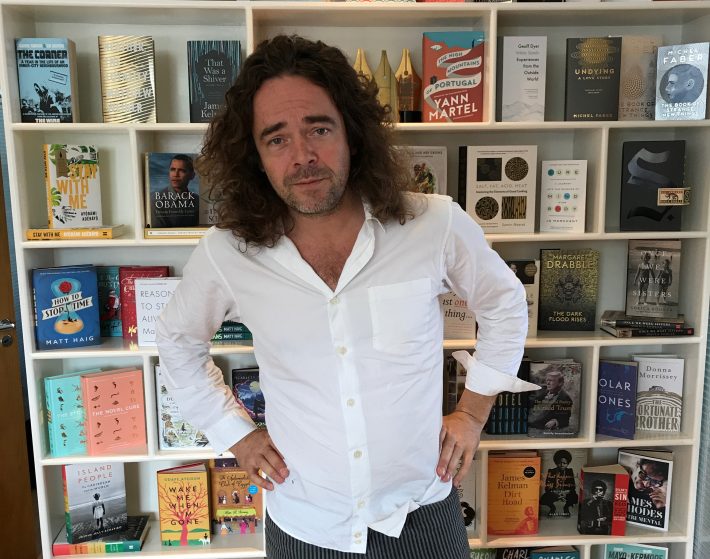 On Wednesday (September 13), we’ll find out whether Mike McCormack’s ‘Solar Bones’ moves from the Man Booker Prize’s longlist to its shortlist. Either way, the book already is seen by many as a winner simply for being on one of the business’ most admired independent house lists. And the bravura of Canongate’s success reflects the outspoken audacity of Jamie Byng’s incisive commentary on the industry. —Porter Anderson

Making No ‘Bones’ About the Booker

With one book on the Booker longlist, and another heading for the top of the charts, Jamie Byng is watching carefully.

“The Booker Prize can literally be life-changing,” Canongate’s managing director tells Publishing Perspectives. “Life of Pi has been published in 45 countries around the world and we’ve sold more than 4 million copies.”

It’s been a good few weeks for Canongate, the Edinburgh press that Jamie Byng bought out of receivership in 1994 and has built into one of the UK’s most successful independent publishers. 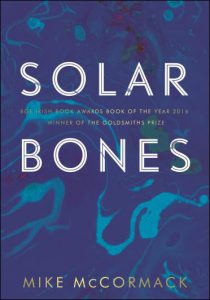 Robert Webb’s How Not to Be a Boy—recently broadcast as Book of the Week on BBC Radio 4—currently seems to be the most talked-about book in the country. What’s more, the house has just signed up a memoir from prominent Remain campaigner Gina Miller, someone whose life story he describes as “amazing and inspiring,” and Solar Bones, the remarkable single-sentence novel by Ireland’s Mike McCormack, has been longlisted for this year’s Man Booker Prize.

Of course, Canongate has been here before with the Man Booker.

Not only did the house publish the 2002 winner, Yann Martel’s Life of Pi, but, as Byng points out, he was also the US publisher for DBC Pierre’s Vernon God Little, which won the prize the following year. Several other Canongate writers, including Carol Birch, Tan Twang Eng, Kate Grenville, M. J. Hyland, and Ruth Ozeki, have also made the shortlist, so Byng knows all about the benefits that can accrue.

The opening of the prize to American authors in 2014 was controversial, with Julian Barnes leading the ranks of authors condemning the decision, and though Byng can sympathize with those opinions, he says he’s also seen some benefits. “It’s raised the profile of the prize still further,” he says.

The Man Booker has “always had a big impact on sales in the US,” he says, “and more than ever now that it’s open to American writers.”

In the “Big Ideas” session of The Bookseller’s 2013 FutureBook conference, Byng proposed that publishers should produce fewer books, so they could devote more care and attention to them. In fact, he made a sort of pledge that he’d work for a 1:1 ratio—a title each year for each staffer in his company, and no more. 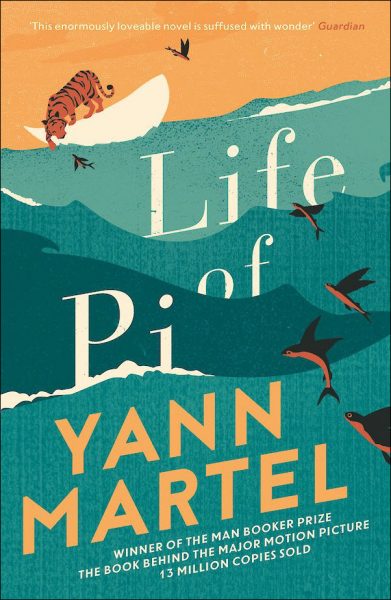 Publishing Perspectives was interested in how that’s working out for him. And it turns out, “Our list remains pretty small,” Byng says.

“We only do between 35 to 40 originals a year on the Canongate list, so it’s quite focused. And although the business is growing, I don’t see that output going up. If anything, I’d like to get it to [down] 30 a year, but there’s a commitment to the authors we’ve been working with for a while, and I want to honor that commitment.”

Finances play a part in his thinking. “If you look at the books that lose you money each year,” Byng says, “often they’re the books that you haven’t published with complete conviction, or which just aren’t as good as some of the other books you did, so the word of mouth on them never took off.”

The idea seems driven more by Byng’s concept of the value publishers should add. “It’s just a personal view on the sort of publishing we want to do at Canongate,” he says.

“With some other publishing models, you’re churning stuff out. It’s a conveyor belt. You’re putting out so-called ‘product’ into the market. You don’t really give a fuck about the book, the author. The packaging all looks the same—you’re just playing a numbers game.

“That, to me, is so against the model of what we’re doing at Canongate. That’s not to say it’s not a viable mode—it’s just not for us.

‘What a Book Can Do’ 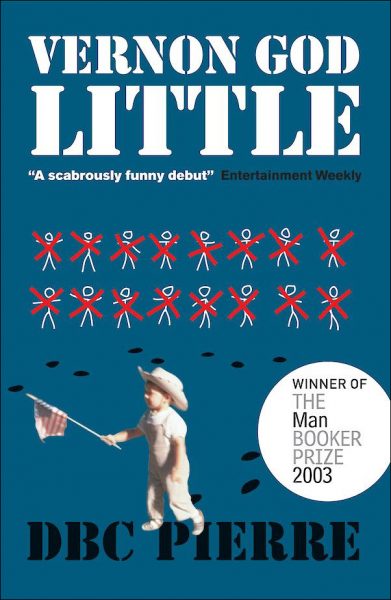 For Byng, the value of publishing fewer books goes beyond the economics of individual publishers.

“A great book has a hugely beneficial knock-on effect for the entire industry,” he says, “and that’s true of any genre.

“You only need look at the impact of what Philip Pullman or Jo Rowling have done for the children’s market, because of the quality of the books that they’ve published, the lifetime of reading that they’ve inspired.

“Take Yuval Noah Harari’s Sapiens—the brilliance of that book, fantastically published by Vintage and Random House. That will be getting people who’ve read that to read more books. If instead they had read a boring book on that subject, they’d have thought, ‘I’ll just watch another box set.’

“They forget what a book can do. A book can do as much as any human artifact ever created. It doesn’t have to be literary—if it’s done well, that’s all that matters. Every great book has a knock-on effect for all publishers, and all readers. Lazy publishing is just a disservice to what books can be.”

‘A Kind of Gateway Drug’

Byng arrives for a conversation in London, where he’s been working with the Letters Live  project, a series of events he runs in partnership with Shaun Usher and Adam Ackland.

Letters Live, a series of live events in which “remarkable letters are read by a diverse array of outstanding performers,” is more ambitious than many more traditional publisher events.

“The last show we did in London,” Byng says, “was at the Union Chapel—two completely sold-out nights at £40 a ticket.” Other venues have included the chapel at Brixton Prison and the Calais Jungle.

The readers on stage—who have included Benedict Cumberbatch, Ian McShane, Colin Firth, Michael Palin, and Louise Brearley–are as celebrated as those behind the scenes: Ackland runs Cumberbatch’s film and television production company SunnyMarch, while director Sam Hunter worked with Danny Boyle on the opening ceremony for the 2012 London Olympics. 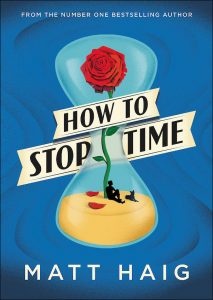 Canongate’s involvement in Letters Live has catalyzed connections that have proved beneficial all ’round, Byng says: SunnyMarch has just optioned Matt Haig’s novel How to Stop Time, published by Canongate, with Cumberbatch now down to play the leading role, and an award-winning screenwriter also in the frame.

The events also raise money for charities that promote literacy, an issue that’s clearly fundamental for Byng. “We always support charities with every event we do, and it almost always is literacy charities. The two we just did in Edinburgh were supporting the Craigmillar Literacy Trust, an amazing small charity in Edinburgh, and the Scottish Book Trust.”

Letters Live promotes literacy not just through its charitable contributions, but in its very essence, Byng says.

“Letters Live celebrates what the word is, and the power of the word, and it does it in the most democratic and accessible format I can think of, which is the letter.

“The letter is an incredibly powerful way of opening up the possibilities of reading and language to people who are not big readers. It’s a kind of gateway drug.”