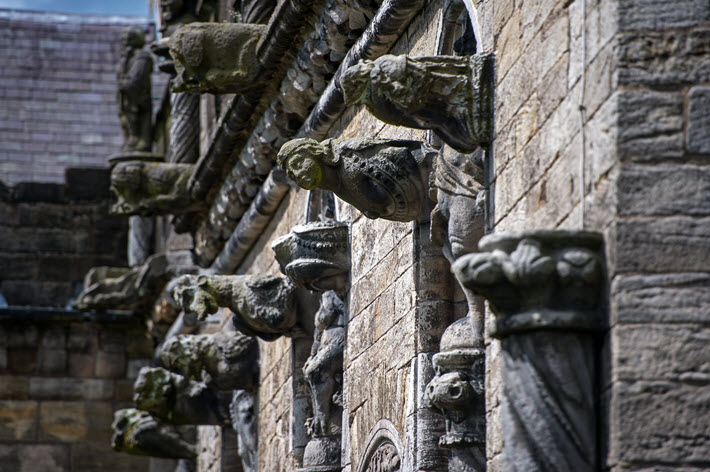 Ahead of the annual Bloody Scotland festival this September, the William McIlvanney Prize shortlist for Scottish crime fiction has been announced.

‘Scottish Roots Are a Must’

Glasgow’s Evening Times reports on the shortlist for the McIlvanney Prize, which each year is awarded to a Scottish crime book.

At the site of the Bloody Scotland crime literature festival (September 8-10 in Stirling), the rationale for the award is described this way: “It provides Scottish crime writing with recognition and aims to raise the profile and prestige of the genre as a whole.

“Scottish roots are a must for competition applications: authors must either be born in Scotland, live there, or set their books there. Crime fiction, nonfiction and anthologies of short crime stories are all eligible.”

In 2016, the prize was renamed in memory of William McIlvanney who died in 2015 and is sometimes referred to as “the Godfather of Tartan Noir.”

Nominee Craig Russell is a former winner of the prize, while “the other Craig” on the shortlist, Craig Robertson,” is a founder of the Bloody Scotland festival.

The winner of the McIlvanney is to  be announced at the opening reception of the festival on September 8 at Stirling Castle near Glasgow. After the reception there’s to be a torchlit procession led by author Ian Rankin, taking the evening into a celebration of 30 years of his character Inspector Rebus.

The chair of the award’s jury, Lee Randall—who programs the Granite Noir festival—tells the Evening Times, “It’s always an honor to judge the prize and this year I especially enjoyed encountering writers whose work was new to me.”

Jury member Craig Sisterson is also quoted, saying, “Reading the books for the prize has been a pleasure and a privilege, and has convinced me that ‘tartan noir’ is a sparkling gem on the global crime-writing stage.”

The award includes a prize of £1,000 (US$1,294) and nationwide promotion in Waterstones. Previous winners include Chris Brookmyre’s Black Widow in 2016, Craig Russell’s The Ghosts of Altona in 2015 and Peter May’s Entry Island in 2014.