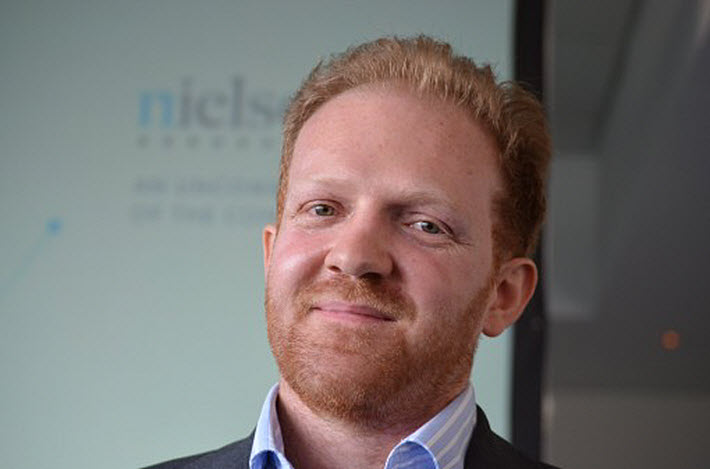 Nielsen Book’s Andre Breedt sees more change ahead for international publishing. Here’s a preview of his talk at the Frankfurt Book Fair’s flagship conference on October 10. 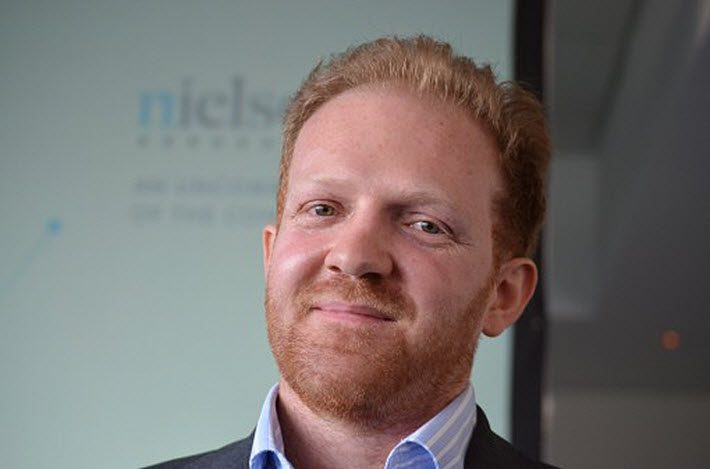 ‘Don’t Fight Over Pieces of the Pie’

When Andre Breedt speaks on October 10 at Frankfurt Book Fair’s and Publishing Perspectives’ The Markets conference, “I’m going to talk about how we’re in a bit of a lull in publishing,” he says.

But the managing director of Nielsen Book Research International says that this observation comes with a friendly warning. “Not to sound like a prophet of doom, all the indications are that there’s more change to come.”

That don’t-get-too-comfortable message is based on his observations of several trends that might seem familiar to many in the Business Club audience in Frankfurt.

Breedt says he sees signs that some publishing professionals may be too inclined to compete with each other—not realizing that the real challenge is coming from outside of publishing.

“I’ll go over data in snapshots from some different countries,” he says. “I’ll try to give as much of a global view as I can” of what Nielsen’s far-reaching data teams are finding in various markets. “I’ll talk a bit about economics. And I’ll have to talk about Brexit and related joys.

“I was reading my son a bedtime story last night and he bit a giant hole in the book. Which he’ll do with a tablet. And the tablet costs a lot more than the £8.99 book.”Andre Breedt

Breedt, who’s been with Nielsen for a decade now and in the leadership of Nielsen Book Research International since 2014, is always a humanizing communicator of his science. When asked whether he sees a chance that younger parents may soon begin to feel more comfortable with digital reading for their children, he doesn’t hesitate to volunteer that he has two young children of his own, and “Kids destroy stuff. Under a certain age. I’m not letting my son anywhere near a tablet because he will eat it.

“I was reading him a bedtime story last night and he bit a giant hole in the book. Which he’ll do with a tablet. And the tablet costs a lot more than the £8.99 book. Between him and his sister, they’ve eaten a lot of books. They’re all really frayed.”

What he’s getting at is the practical reality that “babies bite things,” as he puts it, and many parents, while perhaps feeling nostalgia for paper books during their children’s earlier years, also have to be practical about it: electronic devices cost a lot more than print books.

And that leads us to one of the most tirelessly debated trend questions of the past year in the industry: print vs. digital. What’s up with that?

What If Both Print and Ebooks Win?

“I don’t think ebooks are going away. I don’t think the digital book market is finished. It just isn’t as simple as many people expected or hoped.”Andre Breedt

“But the converse is equally true,” he says quickly. “You can’t say, ‘Ebooks have died.’ And ‘Ebooks are going away.’ That’s equally disingenuous.

“And there’s a bit of a risk of those of us who love paper books—and obviously in the book trade there are a lot of us—being rose-tinted about this, only seeing what we’d like to see. I don’t think ebooks are going away. I don’t think the digital book market is finished. And there’s plenty of data to indicate that more change is coming. It just isn’t as simple as many people expected or hoped.

“But overall, this is the lull I’m talking about. It feels like we’re in an in-between-change time. And I’d caution people not to interpret that to mean, ‘No more change to come.’ It’s rather that we’re in a bit of a technological lull.”

“Audio. The uptake of audiobooks is almost entirely device-led. And I think we have to see this as an example of a format and a business model that’s been all but revolutionized. And it’s helped the book industry find new readers.

Regular readers of Publishing Perspectives, of course, have followed our reports of yearly growth in the audiobook sector. What Breedt is referring to about this being device-led, of course, has to do with streaming. No longer is an audiobook a cassette tape or a CD. It’s a download or a stream. And this has placed listening to a book on a level with so many other entertainments. And that, as he points out, is bringing consumers, new and returning, to publishing.

“The same devices and the same smart marketing and almost-ubiquitous high-speed data coverage that allows me to stream an audiobook also allows me to watch HBO.”Andre Breedt

However, this has its danger. Those devices are agnostic and that means that  your audiobook is a click away from film, music, games, and the recent outpouring of quality television. Unless you’re Margaret Atwood and seeing The Handmaid’s Tale go through the roof right across the whole house of entertainment media, this may not be good news.

“The same devices and the same smart marketing and almost-ubiquitous high-speed data coverage that allows me to stream an audiobook also allows me to watch HBO.

“So as much as audiobooks are a device-led and network-led boon, it’s also an example of a place in which the competitive landscape has gotten bigger and bigger.”

And yet: “It’s complicated,” Breedt cautions. He’s not saying that the rise of audiobooks will turn out to be a catapult into unbeatable competition for publishers.

“For this very same reason” of electronic entertainment’s expansion, “the print book, especially the beautifully bound, hand-crafted print book that looks lovely and smells nice, is more valued than ever. Because in an over-crowded digital landscape, a person will value a physical object that much more.”

The Dilemma for Emerging Digital Markets

“Publishers in these markets have a good opportunity to be proactive. Yes, it’s a difficult business…but if you don’t do it, it’s very likely that someone will do it for you.”Andre Breedt

What does all this say to Southeast Asia, one of the regions of The Markets this year, with its many markets that may not yet be attuned to digital reading? Can they feel safe to not worry about digital and just focus on the durability of print? In our conversation with another Markets speaker, for example–Kuala Lumpur’s Arief Hakim—we learned that digital reading is mostly a thing of short-form bursts on smartphones, such as brief passages from the Qu’ran and instruction on prayers for various occasions.

“My advice is you can’t ignore digital,” Breedt says.  “Just because your market hasn’t yet had that leap” seen in parts of the West, the leap into full-on long-form e-reading “doesn’t mean that you can assume it just won’t. That’s not sustainable. That means you’re just waiting for other forces to act on you, rather than you acting on them. That makes you a very passive player in the market.

“The solution to that puzzle will probably be a combination of available platforms, retailers, pricing policy, and available books. But I can’t believe that the ultimate answer will somehow be that the consumer doesn’t want to read an ebook.”

Breedt mentions the popularity of Wattpad in Indonesia, as an example. Some 90 percent of Wattpad’s millions upon millions of readers are accessing the platform and its apps in more than 50 languages by mobile devices. So yes, they’re reading on those smartphones. And some Wattpad authors do their writing on their phones, too. They’re simply not reading the things we might traditionally think of as books on their devices.

“So it goes back to what’s your definition of a book?” he says. “Publishers in these markets have a good opportunity to be proactive. Yes, it’s a difficult business because you don’t want to cannibalize your own revenue.

“But if you don’t do it, it’s very likely that someone will do it for you.”

And that, of course, is what The Markets is all about. Devised as a half-day conference this year to leave attendees time for afternoon activities on the eve of Buchmesse, Frankfurt’s flagship conference will be looking to help publishing’s international community take advantage of what Nielsen’s Andre Breedt defines as a lull in the trade’s dynamics, to intelligently assess, evaluate, and plan for the uncertainties he says lie ahead.

“You’re going to have to make some decisions.”