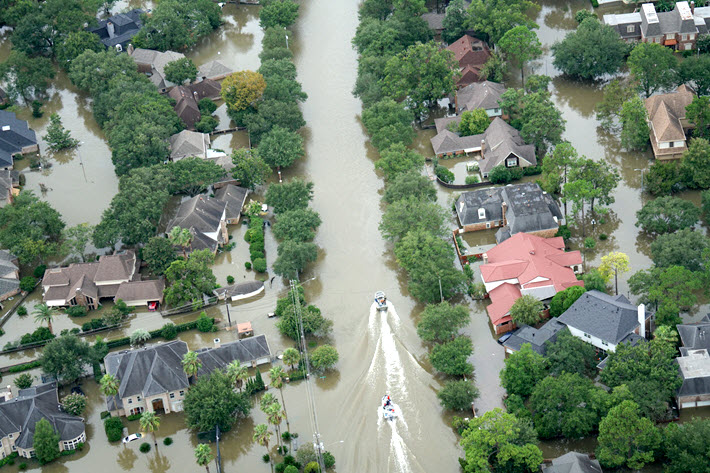 The catastrophic effects of Hurricane Harvey prompt a demonstration of how Ingram’s Aerio Retail Network can ‘line up books against the storm,’ says Invention Arts’ Ron Martinez. 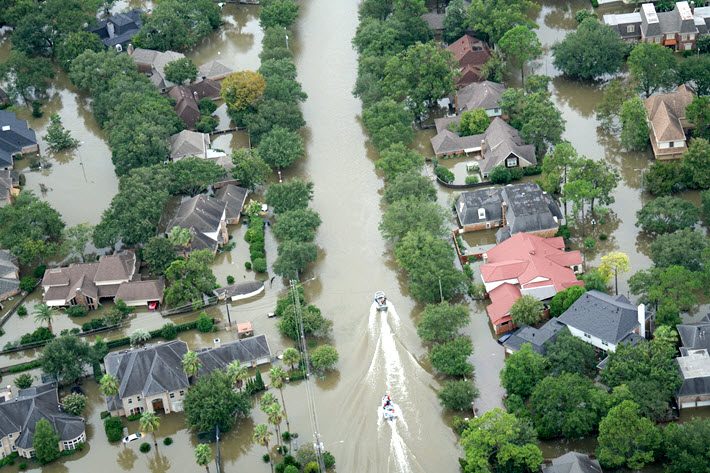 In a demonstration of humanitarianism in part of the publishing industry, book retail network Aerio launched the website Books Against the Storm to support Hurricane Harvey relief efforts.

Aerio, a direct-to-consumer e-commerce platform for bookselling, was acquired near the end of 2015 by Ingram Content. Its founder is Ron Martinez, who is also the founder and principal of San Francisco’s Invention Arts, an invention, product development, and consulting firm that this autumn is expanding to include international account work in the Périgord in France.

Books Against the Storm allows a user to buy a book and donate 100 percent of the profit—Martinez says that comes to roughly 20 percent of purchase price—to three charities now seized by storm recovery efforts: Houston Humane Society, Houston Food Bank, and the Hurricane Harvey Relief Fund.

As Aerio’s parent company, Ingram Content, “has been immediately and materially supportive,” Martinez says. “In particular, Marcus Woodburn, Ingram’s head of digital, reduced Aerio’s fees so as to contribute the service’s profit on every sale. That contribution is added to the retail profit, so that on average, 20 to 25 percent of every sale and sometimes more can be made available to Harvey relief agencies.”

Some of the astonishing facts of the dark power of this hurricane help clarify why so much aid is needed.

“Anyone can add ‘Books Against the Storm’ to their own site to help amplify the program’s reach.”Ron Martinez

“I have family in Houston,” Martinez tells Publishing Perspectives when we reach him to ask about details of the new website.

“Great loss of property. At the height of the deluge, one family home flooded out and just about everything was lost. Nearby, my goddaughter was trapped with her children on the second floor in a home crowded because of sheltered downstairs neighbors. They were running low on food but the car was underwater (and totaled)—and no way to leave, anyway: the roads were rivers.

“But thankfully, there was no loss of life or physical injury” among his family members, Martinez says.

“What’s clear to me though, connecting with them every day, is the trauma, and how long that will take to overcome. It won’t evaporate as easily as the flood waters.” 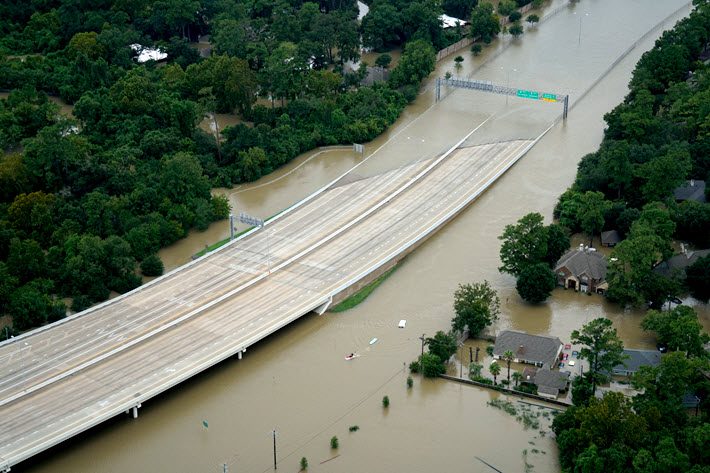 Part of the flooded interstate highway system in Houston in the aftermath of Hurricane Harvey. Image – iStockphoto: Karl Spencer 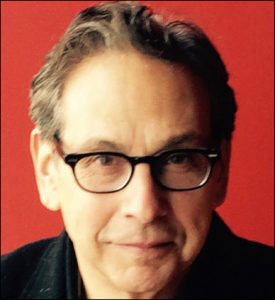 Martinez was able to create the Books Against the Storm “mostly on my own,” he says.

At Invention Arts, “We’ve set up a set of design and commerce components that allow us to design and fit together a new site rapidly, sometimes within hours,” he says. “We’ve used that here, and so we were up and running in a couple of days. Developing the branding and graphical treatment probably took most of the time spent.”

And beyond the effort to corral some book-buying power on behalf of disaster victims, this offers a glimpse of the Aerio Network in action: users not only can buy books at Books Against the Storm but they can also embed the book-search interface on any web page, expanding the initiative to their own communities.

“There are a number of ways to use Aerio,” Martinez says, “from page widgets to embedded, curated product browsers, to experimental integrations with storefront software like WordPress’s WooCommerce.

“While the service has been tightly focused on publishers since the Ingram acquisition almost two years ago now, Aerio has great utility for booksellers of every stripe.”Ron Martinez

“Here, we used what must surely be the fastest and easiest way to sell a catalog of some 14 million titles on a site, Facebook page, wherever you can paste some embed code. That’s the…Aerio search box, and it’s just a snippet of code, no more elaborate than what you’d use to embed a YouTube video. This provides access to pretty much the entire Ingram catalog. There’s an active catalog of several million items you can search for by title, author, or publisher. And in the full, extended catalog you can get it with an ISBN, EAN, or UPC.

“It’s basically an embeddable bookstore,” he says, “in a snippet of code.

This is “native retail in its purest form,” Martinez says, “making any point of interest a point of sale.” 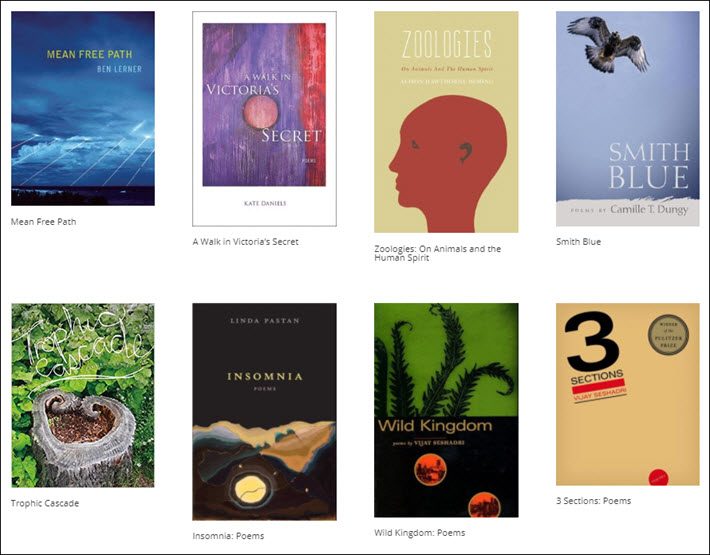 From the curated collections site, Books for Science, which, like Books Against the Storm, uses Ingram’s Aerio e-commerce technology.

Another fund-raising site that Invention Arts has created, again with Ingram’s support, is Books for Science–an example of Aerio’s curated collections capability.

In this case, the reader-consumer finds “Poets for Science,” “Science Books for Kids,” a supporter reading list, and a list of books by authors affiliated with the nonprofit March for Science program, which works “to defend the role of science in policy and society.”

“This is a site we brought up in support of the March for Science in DC [and hundreds of other cities of the world] on April 22,” Martinez says.

Thousands of dollars of books have been sold through Books for Science, Martinez says, the e-commerce site drawing tens of thousands of visitors since late April.

“This is a manifestation of the component approach we use to build sites and services at Invention Arts,” Martinez says. “We’ve developed styled blocks of content, product listings, and so on, and rapidly assemble these in different configurations. We’re considering opening this up as Invention Arts service, with integrated Aerio as well as other categories of product from other suppliers.

“You’ll notice there that we curated collections, in addition to providing Aerio Search,” Martinez says, “including a crowdsourced list provided by supporters in response to a tweeted call for recommendations.”

“We happen to have access to millions of books and a way to sell them so we’ve lined them up them up against this storm. It’s a start.”Ron Martinez

And while some might point out that Books for Science and Books Against the Storm are special-interest outreach efforts that preach largely to their own choirs, this, says Martinez, is part of the intent, at least in these two cases.

“We at Invention Arts designed Aerio,” he says, in part “to make it possible to keep book profits in the communities where books are read, shared, and loved.

“While the service has been tightly focused on publishers since the Ingram acquisition almost two years ago now, Aerio has great utility for booksellers of every stripe, from the neighborhood brick-and-mortar bookstore to community or national organizations—for anyone with an audience that has reasons to buy from other than the big discounters.”

And in this instance, Books Against the Storm, he says, “is deeply personal. Watching from afar as loved ones and their friends and neighbors are being inundated is a frustrating, heartbreaking experience.

“But in the end, any of us can only do what we can do, use what we have.

“We happen to have access to millions of books and a way to sell them so, using what we have, we’ve lined them up them up against this storm. It’s a start.”