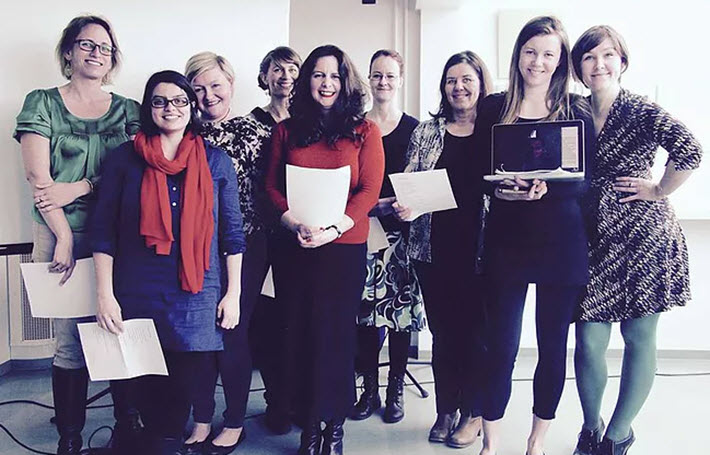 From The Reykjavik Grapevine: A collective of international writers in Iceland challenge concepts and constraints on Icelandic literature and publishing.

At The Reykjavík Grapevine, Björn Halldórsson, while saluting Iceland’s rich literary history, writes that publishing in Icelandic is “a risky business.”

With the language spoken by only some 350,000 people, Icelandic publishers must target as large a part of that language community as possible, meaning, writes Halldórsson, that some houses may be “unwilling or unable to take chances on new literary genres or cultural products.”

The nonprofit writing collective Ós Press is one response to this. “Challenging the status quo of the publishing industry in Iceland” is a key interest of the members of the collective, writes Halldórsson, the name of the group coming from the Icelandic word for a river delta: “the point at which several streams run together before entering the ocean.”

The writers of the group like to speak to the press as an ensemble, and so the board of directors is quoted, telling Halldórsson: 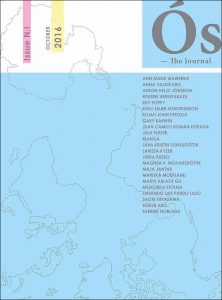 The next edition of the Ós Press Journal is expected in October.

“The subject of otherness in the industry is now out in the open, and being more widely discussed.”But in practice, this change doesn’t amount to much.

“There was a 2016 issue of Tímarit Máls og Menningar [Iceland’s second longest-running literary journal] that focused, in Icelandic, on foreign writing, and writing about foreign people and places, which featured Ós members Ewa Marcinek, Beatriz Portugal, and Angela Rawlings.

“It’s very difficult for a foreign-born author or one who does not write in Icelandic to find a space in the Icelandic publishing industry.”

Most of the founders were born outside of Iceland, and being known with Iceland as “the foreign group” can be frustrating.

The membership is quoted, saying, “In this day and age, it seems limiting to try [to] define Icelandic literature. Especially when there are so many authors trying new styles and bringing different influences into their writing.

The next edition of their journal will be published online and will feature 28 authors, seven languages, and at least 37 individual pieces of writing including poetry, fiction, creative nonfiction and screenplays.

You can read Björn Halldórsson’s complete article at The Reykjavik Grapevine here.