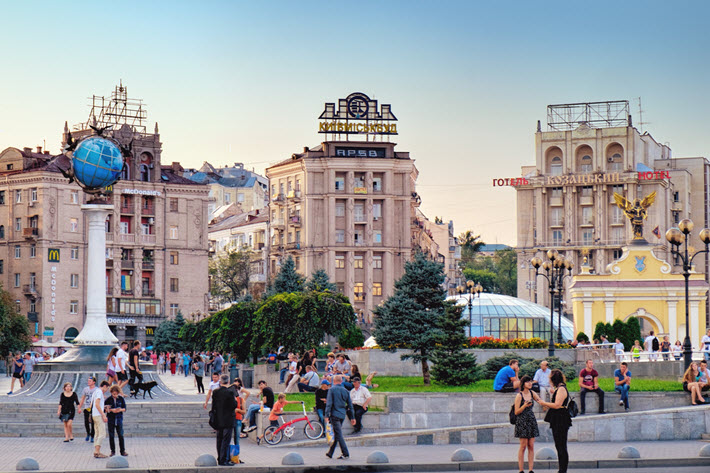 The Ukrainian ban on Russian book imports is seen as contributing to closures and consolidations of more than 130 smaller publishing companies. Surviving players are reported struggling. 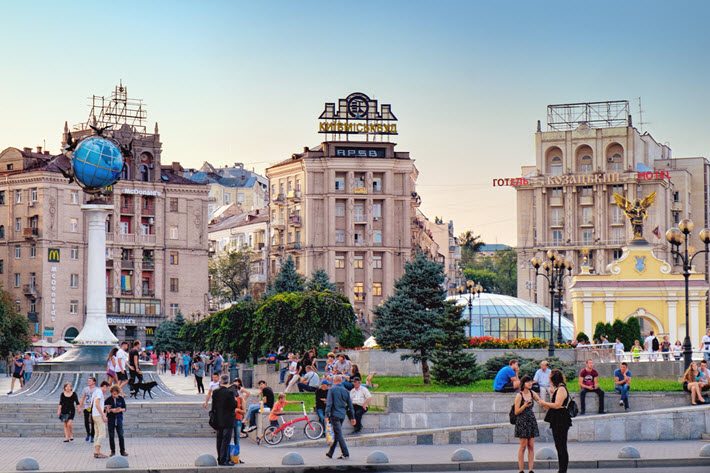 Earlier this month, accounts from Kiev reported that more than 136 book publishers in Ukraine have closed in the last year. As we reported, publishers and booksellers were alarmed during the winter when the government banned imports of Russian literature. It’s clear now that their concern was well grounded. —Porter Anderson

The Ukrainian book publishing industry’s crisis has deepened this summer, as figures from the publishers’ association indicate that at least 136 publishing companies, as reported by Strana.ua, have closed amid financial uncertainty and a perceived decline in reader/consumer demand.

A spokesman for the Ukrainian Association of Publishers and Book Distributors (UAPBD) has said that complete statistics for the current year aren’t available but that the association sees leading publishers struggling.

A statement released by UAPBD describes the Ukrainian industry’s challenge as being complicated by consolidations, which factor in to the apparent shuttering of so many modest publishing outfits.

The most severe impact of the ban is felt by the smallest houses, which annually produce five to ten titles. It’s expected, some observers say, that more of these will declare bankruptcy before year’s end.

The ban on Russian book imports was implemented less than a year ago, on December 1 by an act of the Ukrainian parliament. Once books imported from Russia were no longer available, consumer demand plunged.

As Publishing Perspectives reported, the ban on Russian books was sharply criticized by industry players last autumn before it had been enacted. And as we then reported in February, Ivan Stepurin, head of Summit Book, one of Ukraine’s leading publishing houses, said that Ukrainian publishers “don’t have sufficient resources to replace banned books from Russia.

“The average cost of translation is in the range of US$3,000 to $5,000 per book,” Stepurin said. “This is too expensive for Ukrainian publishers, taking into account that most books will sell no more than 2,000 copies.

“With translation and rights costs so high, the ban will result in a shortage of books in various sectors of the market—especially in educational literature, world classics, where the local publishers’ impact has always been slight.”

And market conditions have remained treacherous. When the Russian-book ban was instituted shortly before the start of this year, Ukrainian book importers and retailers were forced to terminate their contracts with Russian partners.

More book industry figures from the chamber are interesting here. By August 22 of 2016, the Ukrainian industry reportedly had produced some 6,972 titles in Ukrainian and some 2,056 in Russian. In the same period this year, from January 1 to August 22, the industry is said to have produced about 7,015 in Ukrainian titles—a bit of an increase–but only 1,939 titles in Russian.

Historically, a significant trade imbalance in books has been in evidence between Russia and Ukraine. The book chamber reports that until 2015, while as much as 70 percent of all print titles sold in Ukraine were imported from Russia, only five to 10 percent of books published in Ukraine were exported to Russia.

And a Razmukov Center report released in June 2016 indicated that 40 percent or more Ukrainian respondents say they call Russian their first language.

A more upbeat note comes from Tatiana Teren, who directs the Ukrainian Institute of Books. She says that Kiev has ambitious plans to promote Ukrainian books in the world arena, by leveraging their visibility at international book fairs.

She specifically has mentioned envisioning a more active presence of Ukrainian books at Frankfurt Book Fair next year when Georgia is the Guest of Honor.