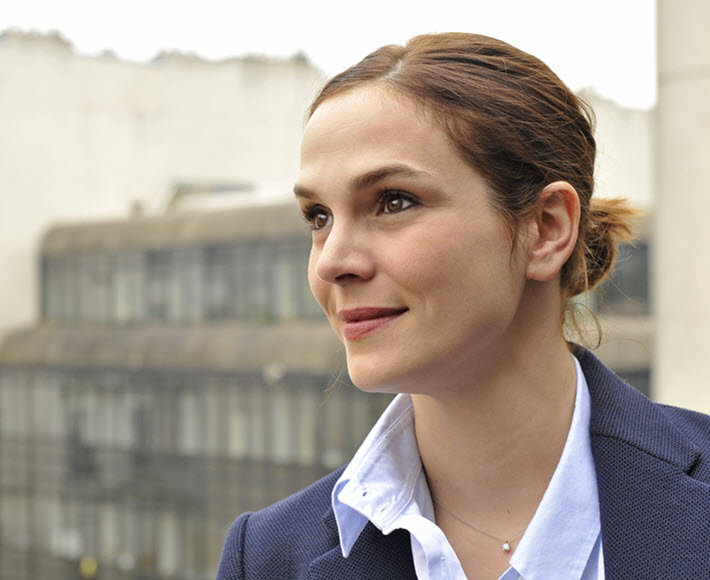 Fayard CEO Sophie de Closets from her office in Paris says she’s less concerned about women reaching executive roles in the business than that “I’m having trouble finding men who want to work in publishing.’ 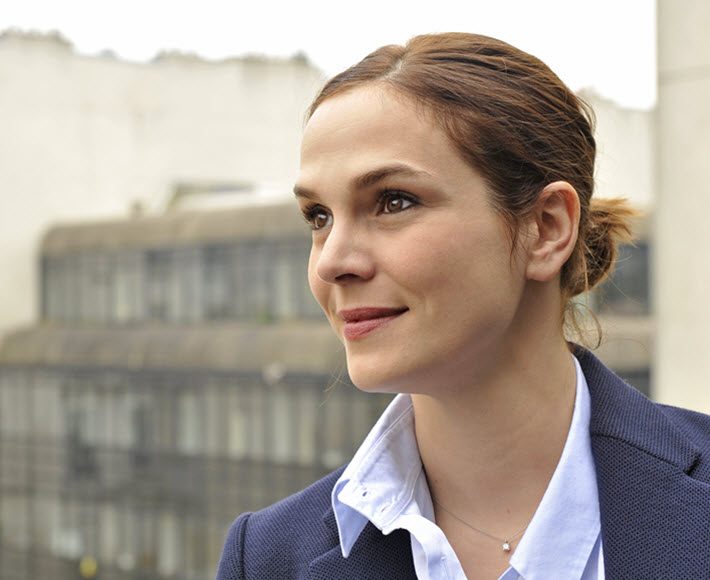 In France: ‘Women Are Going To Be in Charge’

What Fayard CEO Sophie de Closets has to say about women in publishing may come as a surprise to some. “It’s not as bad as it has been, that’s for sure.” She speaks on October 10 at Frankfurt Book Fair in its 2017 The Markets conference as part of a panel of female publishing executives who will discuss the question of why more women aren’t in executive roles in the world business. More on the program is here.

When she was appointed in 2014 by Hachette Livre’s Arnaud Nourry to lead the 160-year-old French publishing house, de Closets says that the response was hardly negative.

“My being appointed here at Fayard was commended because it was one of the first times that a woman was in charge of a publishing company. Hachette is a very woman-friendly environment. Most of the executive committee is women. And Arnaud Nourry loves to work with women and put women in charge. It’s our luck, actually. It’s quite extraordinary.

“All the executives of finance, distribution, education, illustrated books, and general literature  are women in the Hachette Group in France. Arnaud Nourry is one of the few guys left on the executive committee.

“I think it was more surprising that I was so young,” she says. “I was only 35, I was on maternity leave. Which was even more surprising. I’d just given birth to my second son three weeks before.”

De Closets confirms that in France, as in the United States and in the United Kingdom, women make up some 80 percent or more of the workforce in publishing. And this gives her confidence, she says, that more women are headed for executive positions in her country. Companies need “the most talented people, and because so many talented people in publishing are women, sooner or later” the corporations “will have to put women in charge.”

And then her conversation takes a turn that some might not see coming.

‘We Look Too Much the Same’

“Men make money an issue. I would love it if women made money more of an issue. I’d like the industry to pay more because we would have different kinds of people wanting to work with us.”Sophie de Closets

“I might surprise you now,” she says, “because this may not sound politically correct, but what troubles me is the lack of men” in publishing.

“I mean, we’re a majority of white women, highly educated, born and raised in big cities. We tend to be exactly who the readers are because books are mostly bought and read by women. But we look too much the same.

“Women are going to be in charge of publishing. Because when you look down [the line] you only find women. The problem will be–in a few years, in many countries–to find talented men, actually, who want to work in publishing. We have to have balanced people, in charge and not in charge, at every level in work. Only white women? That’s not healthy.”

De Closets says she agrees with observers who have worried aloud–and have sometimes been criticized for it–that one reason more women than men read is because the publishing industry, so overbalanced with talented women, naturally creates material more conducive to attracting a female readership. If the reverse were the case, one wouldn’t expect a majority-male industry to create appropriate content for women, she says–”That would be a disaster.” And yet, many are not happy to hear it said that a majority-female industry may not be creating all the work that could draw more men and boys to books.

In terms of how the imbalance in publishing’s workforce has come about, de Closets sees two key drivers: “If so many women are in publishing,” she says, “of course it’s because it’s the best job in the world, and this is what I think, obviously, but it’s also because culturally they go to humanities studies more than mathematics or finance or law. It’s a cultural imbalance.

“And secondly? It’s because we underpay them. To be hired in a publishing company, you have to have five years of [higher education], you have to have experience” usually in the capacity of an intern. “You have to live in Paris, which is very expensive. And then you’re a highly trained and experienced youngster of 25 or 26 and you’re offered a job that’s one of the most exciting in the world but which is not very well paid. And you have to work a lot, at that.

“So if you want to live in Paris and live with the wages that we give to a young editor or assistant in publishing, then you have to have rich parents or a rich boyfriend or live under a bridge or I don’t know what, but men don’t go for it as easily as women. Because men make money an issue. I would love it if women made money more of an issue. I’d like the industry to pay more because we would have different kinds of people wanting to work with us.

‘To Face Both Issues at the Same Time’

“Women are going to be in charge of publishing. Because when you look down [the line] you only find women. The problem will be–in a few years, in many countries–to find talented men, actually, who want to work in publishing.”Sophie de Closets

Sophie de Closets had worked as a fiction and nonfiction editor for 10 years prior to her appointment to head Fayard. She graduated from the École normale supérieure, has a PhD in history, and taught history at Sciences Po Paris. She’s the editor of Hillary Clinton, Henry Kissinger, Bob Dylan, Elizabeth Strout, Leslie Jamison, JP Delaney, and many others.

And she comes to grips with the subtle dynamic in all this, she says–differences in how women and men see themselves in their work–when she looks back at her experience of being appointed CEO of Fayard.

“When Arnaud Nourry asked me to be CEO of Fayard, the first thing I said was, ‘You’re out of your f–cking mind.'” She laughs at the memory. “I said, ‘Come on, I’m pregnant, I’m 35, I’m a woman, it doesn’t make any sense. Just get your s–t together and find a man.’

“And he said, ‘Okay, well forget about it, go and have your baby.’

“So I went and gave birth. And then Arnaud Nourry said again, ‘Well, you’re going to be CEO of Fayard,’ and I said, ‘Are you really sure?’

“I can’t thank enough Olivier Nora,” she says, referring to her predecessor at Fayard, “and Arnaud Nourry for having been bolder than I was. And for having that vision that I didn’t have. Or didn’t dare to have. It’s been three-and-a-half years, and the company is booming, it’s doing great, and I love my job. And it wasn’t such a stupid idea after all.

“But we should be grown up enough to face both issues at the same time,” the fact of needing more women in executive positions and the fact of an unbalanced workforce. “One issue is not against the other. And it’s to the benefit of the industry to solve both issues.”

It’s not a competition, de Closets says, that men or women must win. “Talented people must win,” she says, “I want the best people and different people to publish books.”

“In France, everyone is focusing on how to make youngsters read, and the legitimate question of how to lead millennials to read. But no one is asking themselves, ‘How can we make men read more?'”Sophie de Closets

De Closets says one result of the makeup of the workforce in publishing is that a wider readership may not be cultivated.

“The only thing that makes business move is money, at the end,” she says. The status quo will continue, “as long as the industry does okay by selling books only to the female part of the market. But things will change when people think, ‘We have to find growth somewhere. We’re going to have to market and publish books to men because we’ve left them aside.

“In France,” she says, “everyone is focusing on how to make youngsters read, and the legitimate question of how to lead millennials to read. It’s a real issue, and a big one. But no one is asking themselves, ‘How can we make men read more?’

“When publishing executives are interviewed in France,” she says, “and are asked how publishing is doing, they say, ‘Well, as long as we’ve got so many older women, we’re good.’ That’s why it was so exciting when President Obama gave his list of books and talked about books.” Such role models are critical, she says, and Fayard will be publishing the French editions of Barack and Michelle Obama’s memoirs, it was announced in March.

“Both women and men are stuck with old ways of thinking about this,” Sophie de Closets says. “And the struggle of women has been so long, and it’s not over. And so it’s complicated. At Fayard, we are 40 people,” she says. “And 37 of them are women.”