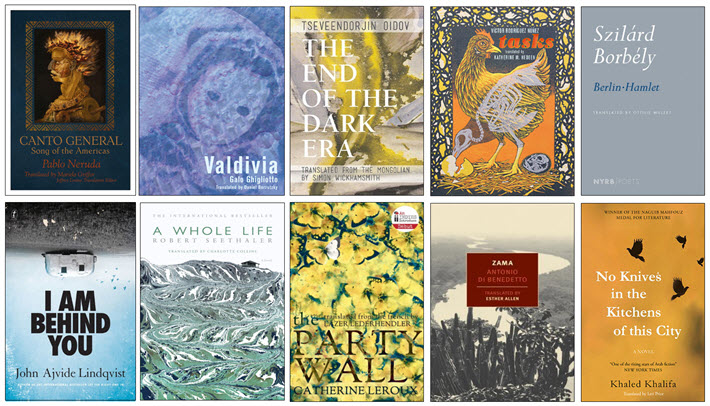 This year’s National Translation Award shortlists include the first book of Mongolian poetry published in the States and a campground under attack by zombies. Or vampires. 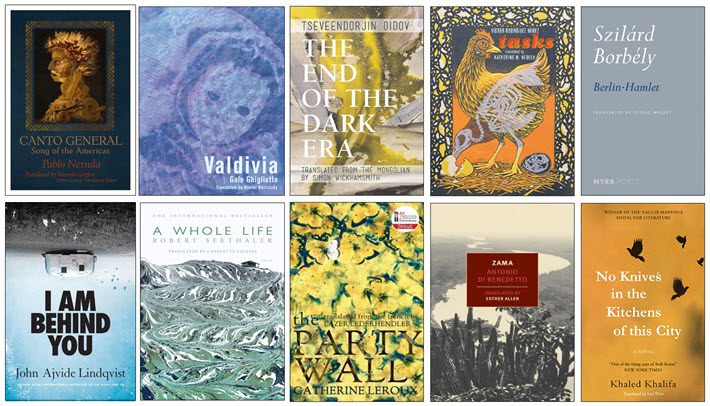 Of the 10 shortlisted titles for the National Translation Award, only one–John Ajvide Lindqvist’s ‘I Am Behind You’ (Text Publishing)–does not give cover credit to its translator, Marlaine Delargy. And in Women in Translation month, we see that in poetry, the translation work of three women and two men is shortlisted; in prose, four women and one man.–Porter Anderson

Winners To Be Announced in October

The American Literary Translators Association has announced shortlists for its 2017 National Translation Award  in both poetry and prose.

The award is in its 19th year. This is the third year in which there are separate prose and poetry honors.

The National Translation Award, promotional copy makes clear, is only US national award given for translated fiction, poetry, and literary nonfiction “that includes a rigorous examination of both the source text and its relation to the finished English work.” In that regard, the criteria for the prize include “the quality of the finished English-language book, and the quality of the translation.”

A Whole Life
By Robert Seethaler
Translated from the German by Charlotte Collins
(Farrar, Straus, and Giroux)

The awards are to be announced at ALTA’s annual conference, this year in Minneapolis, October 5 to 8. Each winner receives a cash award of $2,500.

You can learn more about each shortlisted entry in the National Translation Award here.
We invite you to join us in reminding colleagues of the importance of translator credit by using the hashtag #NameTheTranslator. And you can help highlight Women in Translation month with the hashtag #witmonth.