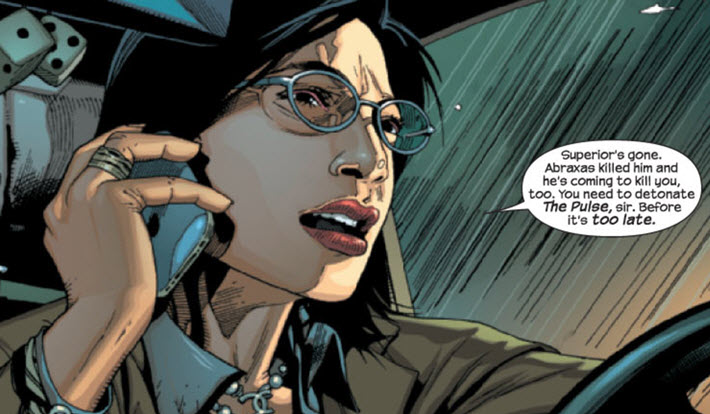 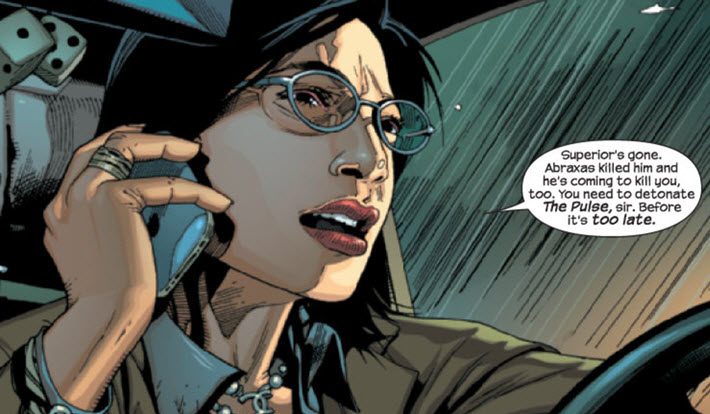 Artwork from a preview of Millarworld’s ‘Superior’ No. 1, written by Mark Millar, art by Leinil Francis Yu

Comic book publisher Millarworld has been acquired by Netflix, and the press announcement promises that the merger “will bring Millarworld’s portfolio of critically and fan-acclaimed character franchises to life through films, series and kids’ shows available exclusively to Netflix members globally.”

Terms of the deal haven’t been disclosed but, as John Lynch at Business Insider writes, Millarworld founder Mark Millar says, “This is only the third time in history a major comic book company has been purchased at this level.”

Netflix officials talk of “creating new Netflix Originals from several existing franchises” in the Millarworld portfolio, “as well as new super-hero, anti-hero, fantasy, sci-fi, and horror stories Mark [Millar] and his team will continue to create and publish.”

The streaming service’s spokespeople describe the acquisition as “the first ever by Netflix” and “a natural progression in the company’s effort to work directly with prolific and skilled creators and to acquire intellectual property and ownership of stories featuring compelling characters and timeless, interwoven fictional worlds.”

In a prepared statement, CCO Ted Sarandos speaks for Netflix, saying, “As creator and re-inventor of some of the most memorable stories and characters in recent history, ranging from Marvel’s The Avengers to Millarworld’s Kick-Ass, Kingsman, Wanted and Reborn franchises, Mark is as close as you can get to a modern day Stan Lee.

“We can’t wait to harness the creative power of Millarworld to Netflix and start a new era in global storytelling.”

Millar is quoted, saying, “I’m so in love with what Netflix is doing and excited by their plans. Netflix is the future and Millarworld couldn’t have a better home.”

As some will know, Millar book, The Ultimates, was named by Time as Comic Book Of The Decade, and his Superman work, Red Son, remains the best-selling Superman graphic novel of all time.

In its news release, Barnes & Noble Education says it has paid $58.5 million in cash for the company, which reports having 25 million monthly subscribers.

Student Brands describes itself as “an education technology company that operates multiple direct-to-student businesses focused on study tools, writing help, and literary research, all centered around assisting students with the writing process.”

In its press materials on the buy, Barnes & Noble says, “With this acquisition, BNED extends its industry-leading reach and deepens its relationships with students and faculty by adding a direct-to-student digital channel.”

Barnes & Noble Education COO for digital education, Kanuj Malhotra, is quoted in the press release, saying, “The acquisition of Student Brands enables BNED to maintain and expand our leadership position in the distribution and provision of educational services and content.

“The lack of writing proficiency is one of the most significant challenges in our education system, and Student Brands provides a significant opportunity to serve this market with solutions that improve student performance. BNED serves one in four higher education students every year, and through our recent acquisition of MBS, we have expanded our market reach to even more students in both higher education and K-12.”

And speaking for Student Brands, Thomas Swalla, CEO, is quoted, saying, “We help millions of students every month with the critical skills that they need to succeed—whether it’s writing a paper for class or drafting a college application essay.”

Barnes and Noble Education “utilized cash on hand and availability under its current credit facility to finance the acquisition,” the company reports. “Student Brands is expected to contribute more than $10 million of EBITDA to BNED’s consolidated operation results over the next 12 months.

“Student Brands has negligible recurring capital expenditures, resulting in strong free cash-flow generation. The acquisition will be accretive to BNED’s EBITDA, Net Income and Cash Flow in FY2018. Additionally, the acquisition is structured to ‘step up’ the tax basis of Student Brands’ assets and is expected to result in significant future tax savings.”

Press information indicates that Swalla will stay in place as chief of Student Brands, his management team becoming Barnes & Noble Education employees.  Student Brands will retain its offices in Los Angeles and India.