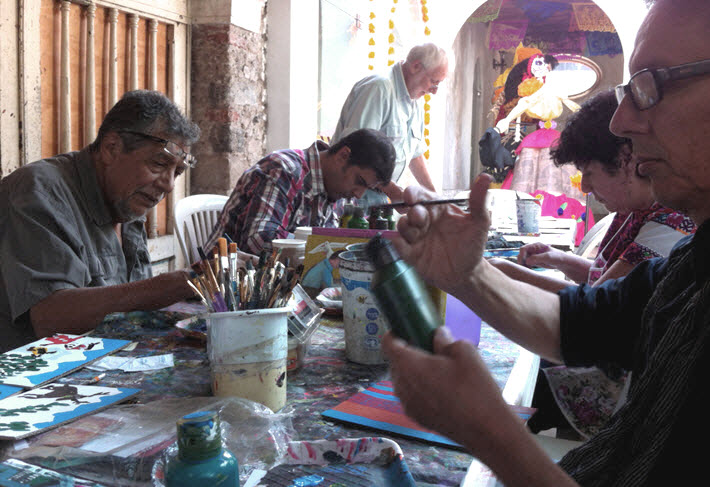 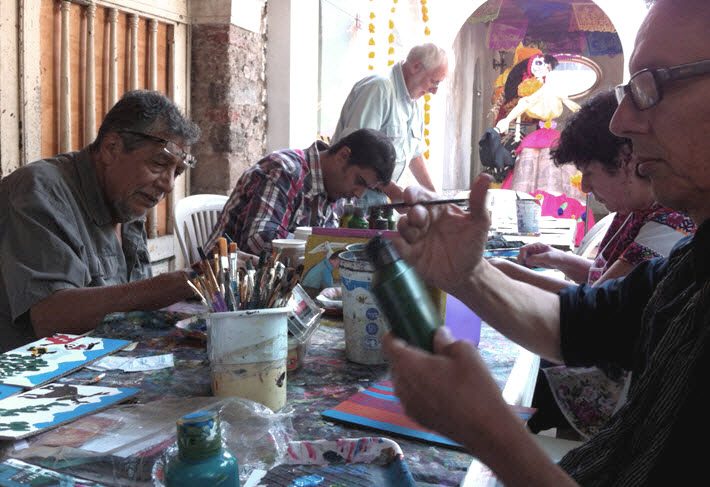 They’re called cartoneras—in English, “carton-ers.” They publish cardboard-bound books, a craft said to have originated in Argentina around 2003. The makers of these volumes produced books cheaply in response to the economic crisis afflicting the nation at the time.

Since then, this approach to creating hand-made books has spread to other parts of the Americas, as well as to Europe and Africa.

The practice arrived in Mexico in 2008 with the launch of La Cartonera, a nonprofit independent publishing house based in Cuernavaca, 50 miles south of Mexico City. The company’s founders are Mexican Nayeli Sánchez and Frenchman Dany Hurpin. Their lead has inspired other cartoneras to produce books in Mexico City, Guadalajara, and other localities.

Each book’s cover is a collectible, made from cardboard found on the city’s streets and hand painted by local artists.

Co-founder Nayeli Sánchez tells Publishing Perspectives, “One of our co-founders traveled to Argentina and Peru in 2007 and stumbled across the cartonera movement. When he came back to Mexico, he suggested that we launch an imprint here in Cuernavaca.

“Writers send us their manuscripts,” she says, “and we’ve rejected a few.”

Sánchez says the bulk of the content submitted to her company is poetry, best suited to her craft’s short, chap-book-style format. The lengthiest volumes come in at around 150 pages.

Sánchez says she learned bookbinding from her father and is a self-taught editor.

“Many people write poetry,” she says, “and often don’t find an outlet for their work at traditional publishing houses. So they turn to independent publishers.

“We have a small team of editors and designers. Our other contributors,” the artists who paint the covers, “form a group of around 15. They sometimes help us with the binding.”

Sánchez says that producing 30 copies of a title for a presentation takes this team about a day overall, with everyone working at full tilt.

She also highlights the importance of book fairs for small presses like hers. One such festival in July in Cuernavaca helped expose the company’s books to an audience that normally will find them only in bookshops in a handful of cities, such as Oaxaca and Mexico City.

“Getting books on shelves depends on each bookstore’s policy, and can be complex,” she says. “Ironically, our books are sold in three bookstores in France, stores that specialize in Latino and world books.”

The connection with France was established through the late author-publisher Maurice Nadeau, who published Michel Houellebecq and suggested that La Cartonera seek outlets in Paris. Sánchez has published Nadeau’s essay on the Marquis de Sade and bought the rights to a book of essays he’d first published in 1947. 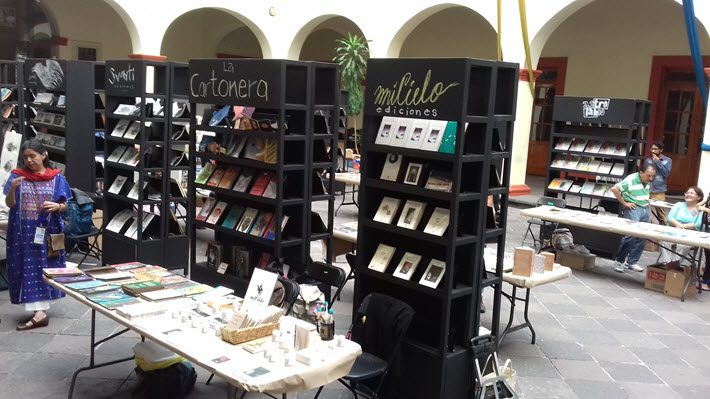 La Cartonera’s catalog includes a 2012 book of essays on the work of Malcolm Lowry, the English writer who lived in Cuernavaca in the 1930s and ’40s. His 1947 novel Under the Volcano is set there.

“We invited various writers who have written and published about Lowry to submit essays, all of whom agreed,” Sánchez says. Essayists include Mexico’s Raúl Ortiz y Ortiz, the first translator of Under the Volcano into Spanish.

Now sold out, the book has been through two printings. A third edition is scheduled for November.

Titles in the catalog include Respiración del laberinto, a poetry anthology by Mario Santiago Papasquiaro, a friend of the late Chilean author Roberto Bolaño in Mexico. 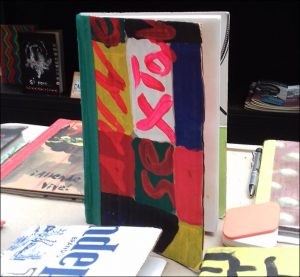 La Cartonera pays royalties to authors and to the artists who paint the covers. A “print run” for this house is between 120 and 150. 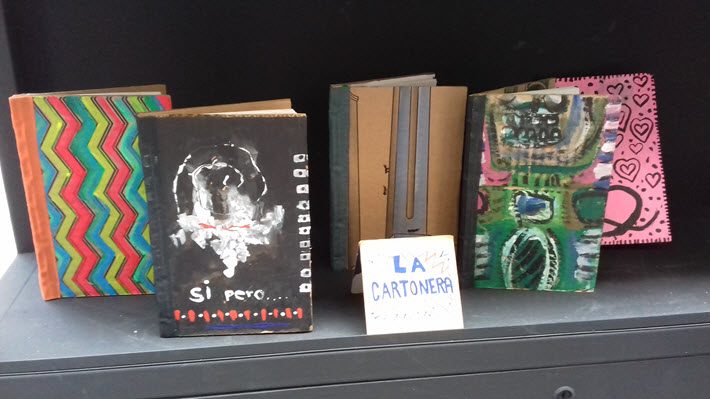