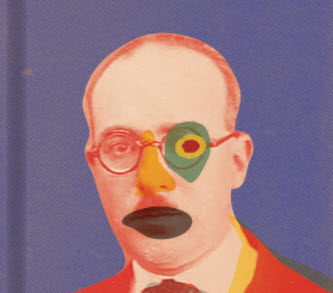 From Conversational Reading: A translator’s precision meets a Portuguese modernist’s ambiguity in Margaret Jull Costa’s work on ‘The Book of Disquiet.’

‘Beware of People Who Are Too Certain’

As he writes, “the lead translator of Nobel Prize winner Jose Saramago and frequent Nobel finalist Javier Marías, Margaret Jull Costa is also the translator of scores of other works from Portuguese and Spanish, both classic and contemporary.”

Her latest work is a new translation of The Book of Disquiet (New Directions Press) by Portuguese modernist Fernando Pessoa, coming out August 29.

Here are some highlights of their exchange.

Scott Esposito: I’ve read The Book of Disquiet a couple of times, and I still have a hard time when it comes to the matter of categorizing this book. Is it a diary? Notebooks? A collection of pensées? A sort of philosophical work? Fiction or nonfiction? How would you classify The Book of Disquiet?

Margaret Jull Costa: I think The Book of Disquiet defies categorization. It is all of those things, and never just one of them. I would prefer not to classify it at all.

SE: What are the particular challenges of translating The Book of Disquiet? Were there certain resources you drew on for this project?

MJC: The translator of Book of Disquiet really has to be able to use his or her own language as inventively as Pessoa used Portuguese. That is, of course, also the great pleasure of translating, and the book is full of wonderful passages which are, at once, so physical, so vivid and so strange.

For example: “The trams growl and clang around the edges of the square, like large, yellow, mobile matchboxes, into which a child has stuck a spent match at an angle to act as a mast; as they set off they emit a loud, iron-hard whistle. The pigeons wandering about around the central statue are like dark, ever-shifting crumbs at the mercy of a scattering wind.”

Isn’t that amazing? And I don’t mean the translation, but the imagery, so vivid and so original, that ‘iron-hard whistle,’ for example. Translating such wonderfully creative writing forces the translator to find what his or her own language can do, to test it to its limits.”

SE: In The Book of Disquiet, Pessoa’s heteronym Bernardo Soares writes, “I’m always astonished whenever I finish anything. Astonished and depressed. My desire for perfection should prevent me from ever finishing anything; it should prevent me even from starting.” How did you feel upon completing this translation?

MJC: Oh, those words have haunted me for years! As a translator, I have that same ‘desire for perfection’ and the same fear of falling short. I only hope that I have done justice to Pessoa’s prose.

Perfection is, they say, for the gods. Although when one considers Pessoa’s prodigious output, of course, his desire for perfection clearly didn’t prevent him from starting.

SE: Lastly, we’ve talked a bit about how this book did not see the light of day until four decades after its author’s death, and how even then the writing was still quite fresh and relevant. What would you say The Book of Disquiet has to offer readers in the Anglosphere in this year 2017?

MJC: I think certainty is a very dangerous thing. Beware of people who are too certain about anything. The Book of Disquiet embraces doubt and uncertainty and an awareness of human frailty. Alongside those feelings, though, there is an intense love of life and the physical world, a celebration of seeing, and that, in our overly busy, screen-fixated world, is something to be treasured.