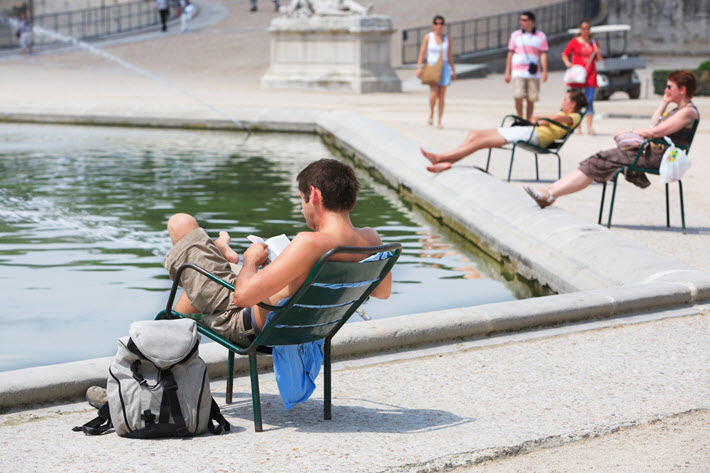 Ahead of France’s program as Guest of Honor at Frankfurt in October, Beyond the Book’s Christopher Kenneally talks with the Parisian editor about how political distractions may be slowing book sales. 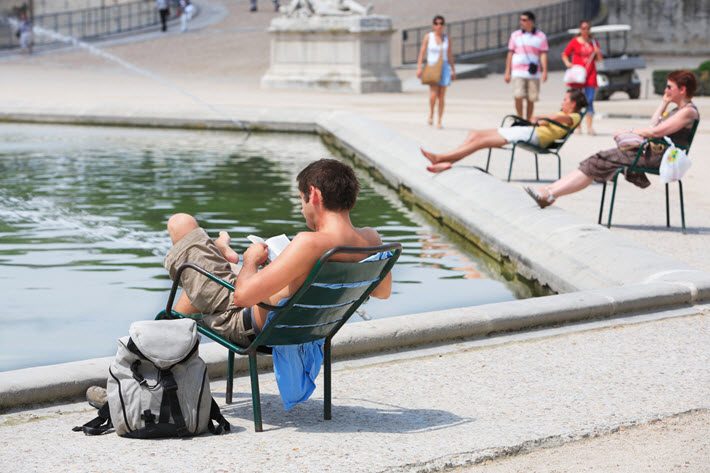 The Political Year: ‘Not So Good for Books’

Ffrom the start of this year in France, “sales are down,” says Fabrice Piault in a conversation with Copyright Clearance Center‘s (CCC) Christopher Kenneally. “I think it’s related to the election, actually, he said said, reflecting something that may be seen in several cultures in this year of extraordinary political upheavals.

Piault is editor-in-chief of Livres Hebdo, France’s publishing-industry journal, and he spoke with Kenneally in Paris this month on one of CCC’s Beyond the Book podcast series. His comments are of particular interest, of course, to Frankfurt Book Fair goers because France is Frankfurt’s Guest of Honor this year. Its highly anticipated Francfort en français (Frankfurt in French) program will highlight French-language literature from France and around the world. 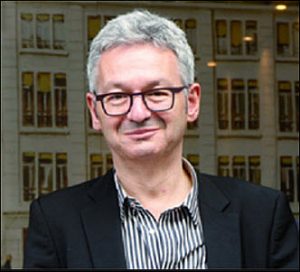 One of Piault’s most interesting points is what might be called the distraction factor. The need to follow incremental changes in political upheavals takes time and energy–which may be coming out of the sort of discretionary time that consumers might normally spend with books.

Speaking of the French presidential election in June of Emmanuel Macron, Piault tells Kenneally, “It’s an election which has really mobilized all people. There have been so many surprises during the campaign…Macron’s victory was not expected, actually, at the beginning. So many changes, and it was good for the press, good for the media, not so good for books.”

While Piault says that “political elections have never been a good thing for books,” the unusual circumstances and ideological forces at work in these electoral challenges by nationalist and conservative candidates seemed for a time to be supporting business. “Last year, political books have really succeeded much more than during previous elections,” he says in the podcast, “but it wasn’t enough to compensate for the lack of sales of other types of books.”

“I think the culture of reading remains strong,” Piault says, “but we see—on a long term, we see a decrease of the number of really big readers, readers who read more than 20 books a year. This number is going down.

“But at the same time, there’s an increase in the number of people reading one or two books a year. [And that] has some consequences on some type of books. It means it’s a bit more difficult now for high-quality literature, but at the same time, it opens new windows, new possibilities, new opportunities for popular literature or the type of how-to books and so on.”

In regards to the coming French Guest of Honor program at Frankfurter Buchmesse (October 11-15), Piault points to several factors and starts, again, with political points, including Macron’s support of Europe and the chance that opens for stronger relations with Germany. What’s more, he tells Kenneally, challenges in bookselling, including copyright issues and multinational online retailers are common to Germany and France, both of which “trust in the importance of booksellers and independent booksellers.”

Germany is among the five countries buying the most translation rights to French literature, too, he says, and also talks a bit about the place of graphical work, the bandes dessinées, a comics industry that’s third in the world, after the States’ and Japan’s.

You can listen to the 16-minute podcast here, or read the transcript here.