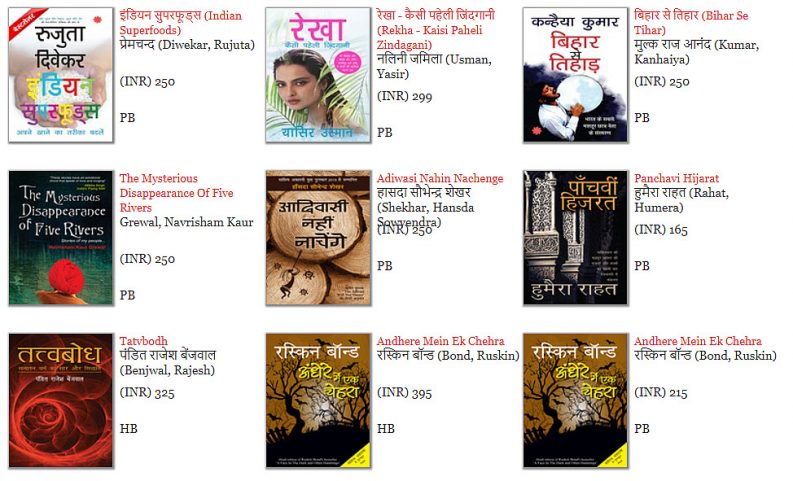 From the Business Standard: Long asked-for by publishers, retailers, and readers, the first Hindi bestseller list has been introduced by Nielsen Book India and newspaper Dainik Jagran. 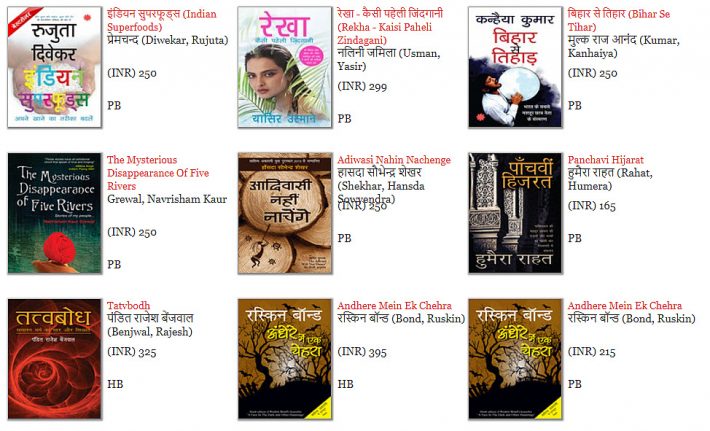 Johri says that because most sales in the Hindi book market are unrecorded, each publisher has a distinct definition of what constitutes a bestseller—a topic Publishing Perspectives reported on earlier this month.

Roy quotes Johri saying, “Our definition of a bestseller in Hindi is a title that sells upwards of 5,000 copies within the first year, and then continues to be reprinted and sold consistently, year after year.” 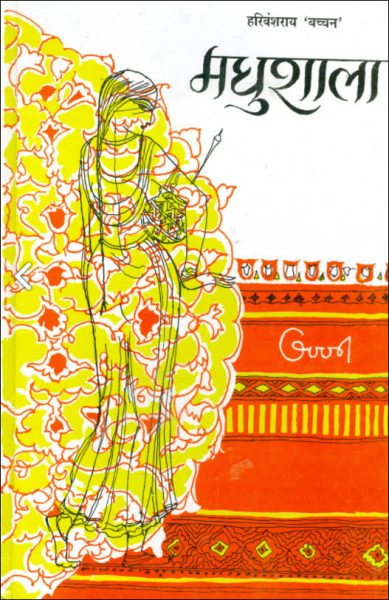 Titles such as Harivansh Rai Bachchan’s Madhushala have sold steadily for more than 70 years along with other titles, classics, and even new works, but, Johri says, there’s been a large surge of interest in “repackaged thrillers and crime fiction from the 1960s and 1970s, considered by many to be a golden age of Hindi pulp fiction, as she puts it.

“It’s a very large canvas, she tells the Business Standard. “The old, the new, and the repackaged old–all of them are vying for the readers’ attention, and succeeding.”

And in an interesting development, a new bestseller list is being created for Hindi titles. as India Education Diary reports that the major Hindi news outlet Dainik Jagran and Nielsen BookScan India have announced the all-new Dainik Jagran Hindi Bestsellers.

The rankings’ books are to be divided into three categories: fiction, nonfiction, and translation, and the rankings are generated by collecting and analyzing data from bookstores found in 39 Hindi-speaking cities in India.” Among eligibility criteria: Only books the first editions of which were published on or after January 1, 2001 could be included in this first list for April-June, which has just been released.

Basant Rathore, senior vice president with the Jagran Prakashan Group, is quoted in the report, saying, “We’re dedicated to protecting and propagating our prestigious language. Any language can have longevity if it keeps adding new aspects to it. Dainik Jagran Hindi Bestseller is a vital step in this direction.”

And Vikrant Mathur, director of Nielsen Book India & Asia Pacific, is quoted at India Education Diary, saying, “We’ve worked in many languages across the globe. Hindi is the fourth largest language in the world and spoken by 40 percent of Indians.

“We hunted down bookstores in 39 Hindi speaking Indian cities and online platforms to come up with this list.”

The Dainik Jagran Hindi Bestseller List is to be released four times a year.

You can see the rankings of the first Dainik Jagran Hindi Bestseller List at the story at India Education Diary here. And Nilanjana S. Roy’s full article for the Business Standard is here.