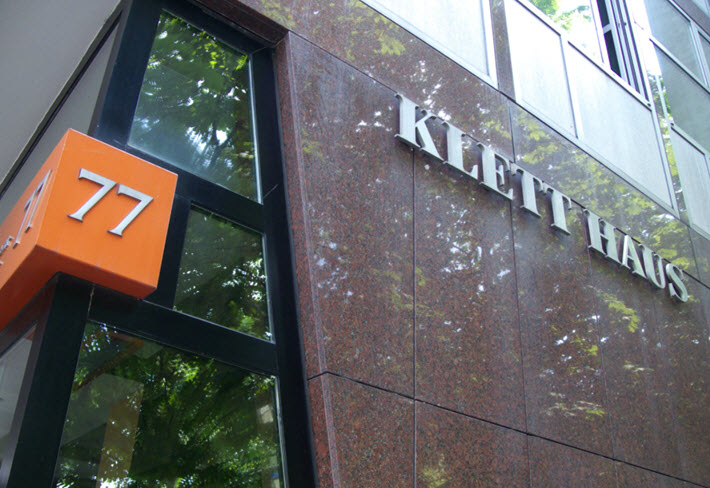 Watching Romanian youth leave for education elsewhere in Europe, Bucharest’s Grupal Editorial ART is teaming up with Stuttgart’s Klett Gruppe in a bid to raise educational standards at home.

‘The Next Logical Step’

In a transaction likely to have a major impact on Romania’s educational book market, Germany’s Klett Gruppe has announced a partnership with the Romanian education publisher ART Publishing Group. Senior company representatives say their aim is to acquire a dominant position in the Romanian market.

“Going into a partnership in Romania is the next logical step for the Klett Group,” Philipp Haußmann, the company’s management board spokesman tells Publishing Perspectives. “We’ve established and acquired textbook publishers in most of the central-eastern European countries since 1992.”

Headquartered since 1900 on Stuttgart’s Rotebühlstraße, Klett Gruppe reports that it has 67 companies active in 15 countries, with a total workforce of some 3,605 employees.

Last year, Klett Gruppe posted revenues of some €537.3 million (US$634 million), up 8.5 percent compared with a year earlier.

In addition to Germany, Klett Gruppe owns subsidiaries in France, Spain, Switzerland, and Austria, as well as in a number of countries in central-eastern and southern Europe. These include Poland, the Czech Republic, Slovakia, Hungary, Croatia, Slovenia, Bulgaria, Serbia, and Greece.

According to data from the publisher, the Klett Gruppe plans to develop its position in Romania through its new joint venture, ART-Klett, which is to be entirely devoted to Romanian educational books.

“Looking at European policy and the money the EU is spending in order to bring the use of digital material into school systems, we expect a faster growing market for digital in coming years, but it will, almost everywhere in Europe, be rather evolutionary than disruptive.”Philipp Haußmann

Grupal Editorial ART says in a prepared statement that “Lack of financing, political interference, lack of access to European formation courses, are some of the issues that have constantly plagued the Romanian education system.”

The Romanian publisher says that its ART Education imprint offers a portfolio of textbooks and workbooks for K-12, as well as books for various exams and auxiliary activities, supplementary reading, atlases and teaching guides. ART Publishing Group has been active for the past 16 years.

“Romanian youth are, more and more, eager to finish their studies [elsewhere] in Europe,” the Bucharest-based publisher says in its press materials. So the rationale here is to try to provide what those students need in Romania, rather than watching them leave, leveraging Klett’s ability to raise educational standards. “ART Klett intends to [bring] Romanian education to a new level, a European one, a kind of education that will use means, techniques, and materials at a European level, but that are actually made in Romania.”

In addition to the joint venture with its German partner, ART Publishing Group will continue to develop its four other imprints in the Romanian market. These includeL

From the Editura ART site, for the YoungART imprint: ‘Your favorite books for teens’

Klett Gruppe’s strategy is to address the growing need of interactive teaching by offering a wide selection of digital content, interactive software, and an online platform for teachers.

Asked whether the Romanian textbook market is headed towards increased digitization, however, Haußmann is cautious and tells Publishing Perspectives that the market’s development will depend on the European Union’s involvement in pushing forward its Digital Single Market agenda in member states such as Romania.

“At the moment we don’t see increased digitization,” Haußmann says. “As everywhere, this depends very much on what the state intends to do. Looking at European policy and the money the EU is spending in order to bring the use of digital material into school systems, we expect a faster growing market for digital in coming years, but it will, almost everywhere in Europe, be rather evolutionary than disruptive.”

Haußmann says he estimates that Romania’s textbooks prices are the lowest in Europe, but that the country’s market is very competitive.

“Although the prices are low,” he says, “a growing number of publishers is competing in the market.

“Romania is by far the biggest country in southeast Europe. The economy is growing and the demand for high-quality educational material is expected to grow. Recently, there’s also been a tendency toward higher prices.

“And we don’t expect the competition to be weaker in the years ahead.”

From the Editura ART site, for the YoungART imprint