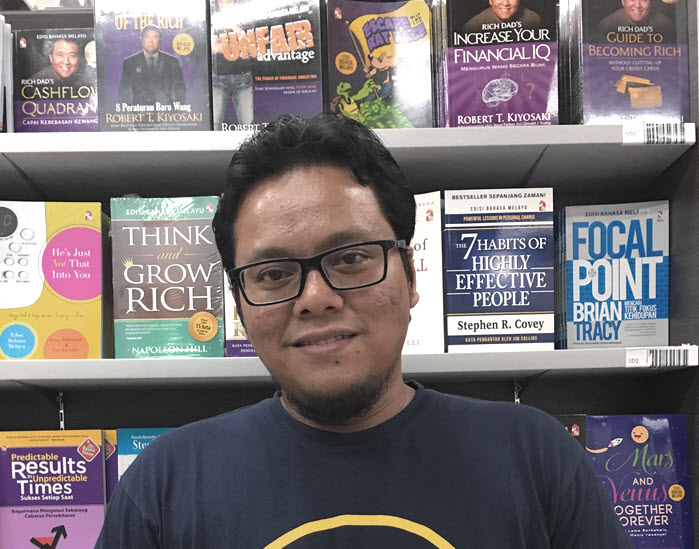 Tested by years of deepening economic struggles, Malaysian publisher Arief Hakim watches for signs of benefit in change. It’s been ‘a perfect storm,’ he says. 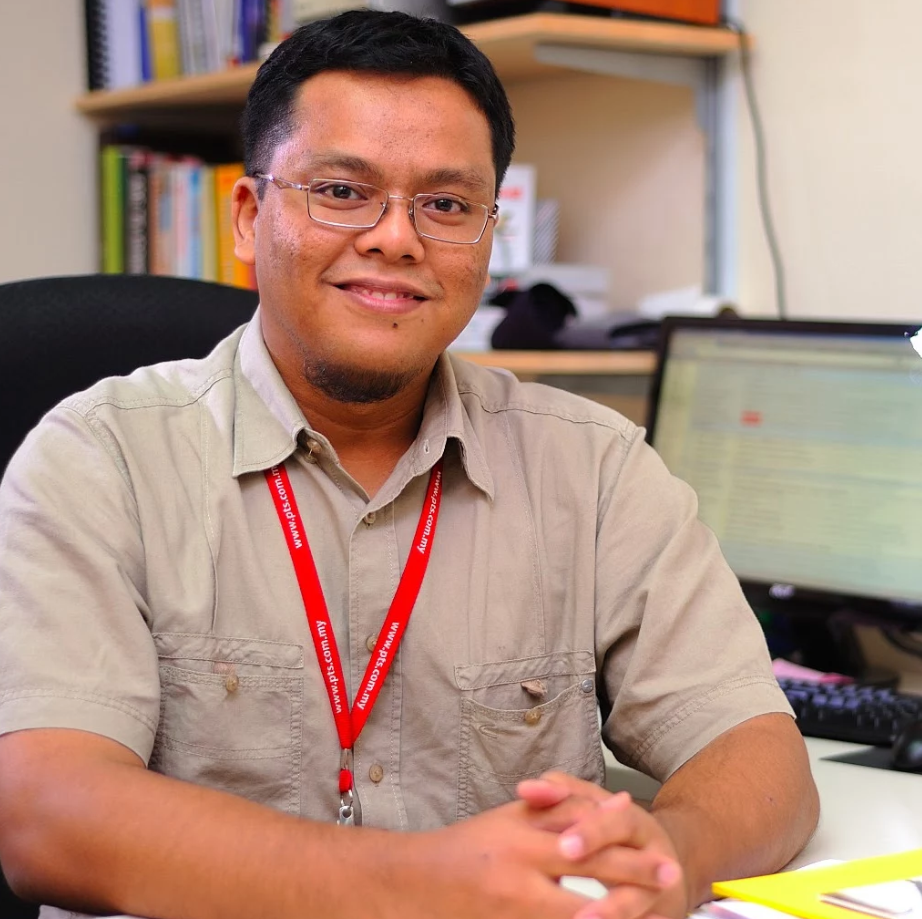 ‘These Things Will Make Us Better’

Southeast Asia is one of the geographical regions spotlighted this year at Frankfurt Book Fair‘s The Markets conference on October 10. With its theme, “Change: A 360-Degree View,” the day’s program (PDF), which runs from 9 a.m. to 1:15 p.m, also features Frankfurt Guest of Honor France, the sprawling market of India, and the UK and USA.

In the Southeast Asian arena, one of the most dynamically changing markets today is Malaysia. And among speakers, Arief Hakim, managing director of the PTS Media Group, based in Batu Caves, Selangor, will draw special interest. Currently serving as deputy president of the Malaysian Book Publishers Association, Hakim has had 17 years of experience with PTS Media and will be interviewed onstage at the Business Club in Hall 4 by Frankfurt vice-president for business development Claudia Kaiser.

PTS Media today is publishing some 200 titles per year in Malay—a sharply lower number than a couple of years ago, when output could be between 500 and 600 titles annually, he tells Publishing Perspectives in an interview. Distribution for the company takes in not only Malaysia but also Brunei and Singapore.

“The dominating issue for us,” Hakim says, “is the downturn in retail. Bookstores are doing well in stationery and schoolbooks.” It’s the trade titles that are suffering most acutely, he says, in what has become a three-year ordeal.

In fact, Hakim says, bookstores do so well in educational and stationers’ products that they can thrive even when the general trade books sector is depressed. “We have a joke” among publishers, he says, “that bookstore owners complain constantly about how they’re doing. But every year they drive off in a new Mercedes.”

The textbook market is being buoyed during a five-year replacement cycle of nationally distributed classroom content. “But the bad part,” Hakim says, “is that general book sales have dropped about 50 percent since a high in 2014.”

He specifies two factors in this precipitous downturn.

“Number One is the economy,” he says. “In 2014, the GDP growth for the country was at 6 percent. By 2016, it has dropped to 4 percent. Consumer spending is down, inflation is up, people are not buying.

“And Number Two is the [end of] the cash-voucher subsidy for college and university students.” For six years, Malaysian higher-education students were given 250-ringgit grants (US$58). Designed to be spent on books, the program cost the government some 300 million ringgits each year (US$70 million), and created what turned out to be a bubble, now burst, of profitability for the books business.

“It’s the perfect storm,” he says.

Digital publishing is still a very small part of the country’s business, he says, standing at less than 1 percent. “Although what has taken off here is online commerce.”

‘The Mommies’ in Malaysian Retail 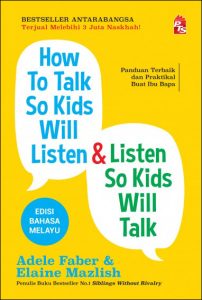 In fact, digital may hold a glimmer of hope here.

Online retail in Malaysia, Hakim says in his interview from a late-night Kuala Lumpur, “is dominated by drop-shipping.” Familiar in many markets, a drop-ship online sales system means that sellers attract consumers to products and make the sales. The manufacturer then ships the products directly to the consumers. Those sellers never handle the merchandise.

And in the case of Malaysia’s online drop-ship retail operations, the sellers are often “the mommies,” says Hakim.

“The mommies are working from home,” he says, “selling to friends, family, using Facebook, Instagram, Whatsapp. They use social media as their ‘shops.’ And we get thousands of these ladies, selling all kinds of books from home.”

There’s an important distinction here for players in markets in which self-publishing is a part of the scene: the Malaysian “mommies” are not authors, not self-publishers. They’re not writing the books they sell. They’re private citizens who form a nationwide grassroots online sales force by working their online communities, their personal contacts, to sell publishers’ titles. 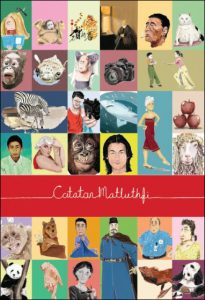 This book, in English, is titled ‘Notes From Mat Lufthfi’

Those with experience of the Amazon Associates program, popularly referred to as “Amazon Affiliates,” will recognize the parallels here.

“In my company, PTS Media,” Hakim says, “we have more than 1,000 drop-shippers selling this way. Most are stay-at-home mommies, and they really sell a lot. This group at a peak has given us six percent of our turnover.

“But this group is also very fickle. They move from one product to another, whatever is popular on the market. Right now, it’s perfume. And books can’t offer as big a margin as perfume or cosmetics or other products.

“When there’s a book trending, we’re so happy.”

What’s a bestselling title for the mommies? Perhaps not surprisingly, Adele Faber & Elaine Mazlish’s  book called How To Talk So Kids Will Listen has been a bit of a runaway with the drop-ship army. 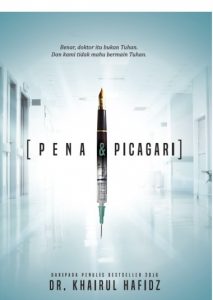 The title of this book, from PTS Media’s imprint Putch Press for young executives, is ‘Pen & Syringe’

Hakim sees another interesting sales trend in Malaysia: an emphasis on serving local-language populations. It means that new initiatives in outreach are occurring.

“Ten years ago,” Hakim says, Malaysia’s “bookstores were concentrated in the big cities and on English. But with local-language publishing, bookshops are going into the secondary towns.

“The local booksellers there are expanding,” he says, and there’s a generational component. “As the older sellers’ stores transfer to the children of their owners, they’re turning them into very modern stores in shopping malls. The chain bookstores aren’t going to secondary towns, those places are too small. So this is the local boys, taking over.”

The potential for growth in local-language publishing, then, is something PTS is leveraging to try to offset the overall downturn in trade sales.

The company also deploys several book trucks, rolling bookshops which are going into “both secondary and tertiary towns,” he says. “We have five trucks going around now,” he says, “and I estimate we’ll have as many as 13 soon.”

Looking for Signs of Hope 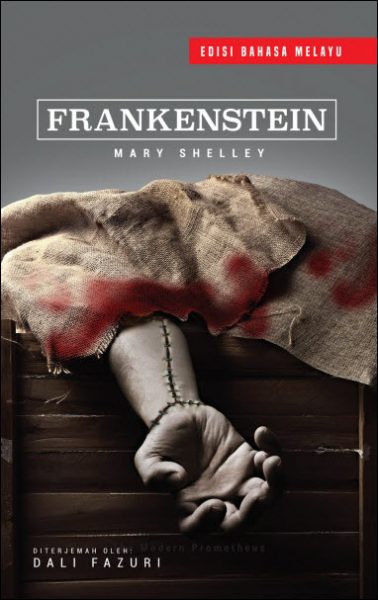 For five or six years, Hakim says, the student vouchers the government gave to university students “had us living like we were in in a drug-fueled euphoria.” Good times, in other words, now gone.

GDP for the first part of 2017, he says, has looked promising, but they don’t yet have a robust enough uptick for merchants to see benefits.

“It’s hard at times,” he says, “to figure out where these GDP numbers come from. The last Chinese New Year in the first quarter did well, the Muslim [Ramadan] season did well, and next we watch for the Christmas season,” when they’ll be better able to gauge whether a turnaround is showing up.

PTS has been “shrinking our number of books published this year to 200-ish,” Hakim says, “to stabilize our cash-flow, minimize the negative.

One of the trends Hakim says he’s watching is short-form reading consumption on mobile devices. There’s a growing market in religious texts, he says, with many smartphone users receiving brief passages from the Qu’ran and instruction on prayers for various occasions, for example. 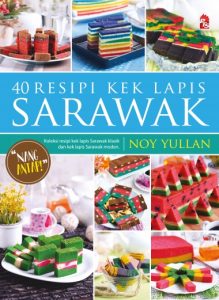 Cookbooks, Ariel Hakim says, have the chance in Malaysia to be successful in short-form electronic formats

The reason for more attention to that, to online recipes, and to other such online developments has to do with the not-t0o-distant thunder of incoming Internet powerhouses.

“Alibaba is in Kuala Lumpur,” Hakim says, as reported by the financial press, with a reported investment of some US$1 billion going into the Southeast Asian e-commerce retailer Lazada.

And Amazon has made its entrance into Singapore, with a major new fulfillment center. At this point, some analysts see Seattle’s retail giant struggling a bit with its arrival in Singapore. The launch of free two-hour Prime Now delivery, for example, is reported on Thursday (August 3) by Tan Weizhen at Today to have suffered some setbacks, with some customers reportedly unable to place orders for days and Amazon having to resort to freelance drivers and taxis to make deliveries.

Nevertheless, Hakim knows that as Amazon and Lazada develop their ground operations in the region, his position as a leading publisher will undergo more change.

“The thing to remember,” he says, with a quiet laugh of patience, “is that in the end all these things will make us better. We’ll be stronger for so much change.”