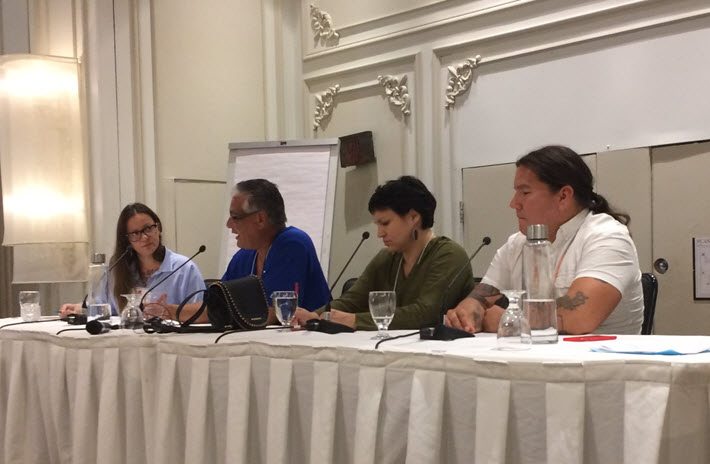 ‘Stories remain when the land has been taken,’ says Cherie Dimaline about the indigenous narratives of Canada and respect in publishing. “We live in the stories.” 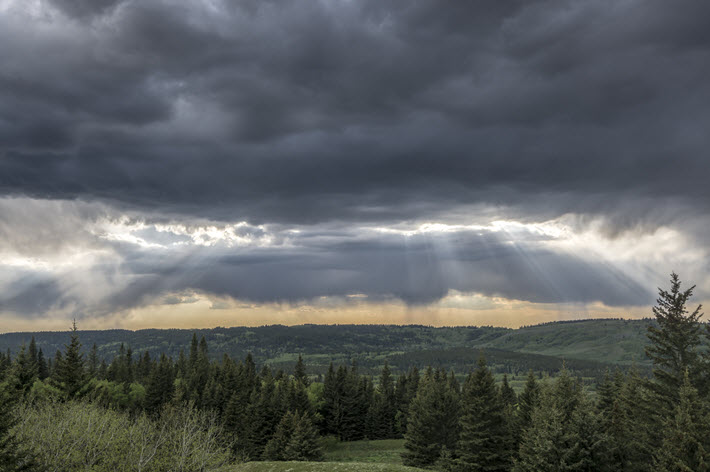 ‘So the Story Pushes Through’

In her keynote address at this summer’s Editors Canada conference, author Cherie Dimaline took some time to describe the qualities and importance of “indigenous stories.”

“The story is a container, a suitcase,” she said. “What’s contained within the story is something we’ve put away—accessibility to our own culture, which never left us. Stories remain when the land has been taken—we live in the stories.”

Dimaline is an award-winning author, editor, and the executive director of The Riel Centre, which describes itself as “a nationally focused, internationally engaged center for the creation, preservation, study and promotion of indigenous narratives.”

In her comments about how publishing professionals might best approach indigenous stories, she likened editors to midwives, emphasizing that understanding and respect must be always at the forefront. “Working with indigenous manuscripts,” she said, “requires craft, skill, and respect. Know its characteristics and respect the way the story is told.”

Often the narrative is repetitive and circular “so the story pushes through.”

Dimaline developed the subject in a subsequent conference session, moderating a panel discussion about indigenous and non-indigenous editors and writers, and the need to preserve indigenous languages. Panelists were poet David Groulx; artist, educator, and simultaneous translator Evie Mark; and author and journalist Waubgeshig Rice.

Here are some highlights of the discussion.

‘To Pass On the Understanding’ 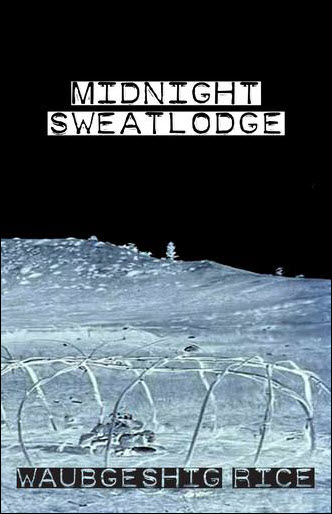 Cherie Dimaline asked how important can it be for a publisher or editor to be indigenous in working with the material.

Waubgeshig Rice responded that it matters a great deal, especially at the beginning, when it’s important that the editor and/or publisher has a knowledge and understanding of the background [of the stories].

Rice’s own debut story collection, the bestselling 2011 Midnight Sweatlodge, was published by Theytus Books, a First Nations–owned and operated press. Theytus is a Salishan word that means “preserving for the sake of handing down.” Midnight Sweatlodge is a gold medalist in the international 2012 Independent Publisher Book Awards and a winner of the same year’s Northern Lit Award.

David Groulx said he had “difficulty publishing my first book in 2000. The manuscript was polemical and I couldn’t find a place for it. When you’re working with an indigenous publisher, you don’t have to explain anything.”

For Evie Mark, the question of working with non-indigenous editors and publishers hasn’t come up. She said she’s just completed editing a 400-page book—Irqanartuqutiit (Memorabilia)—written in Inuktitut.

“The Inuktitut language itself was an oral tradition,” she said. “There was no written language until missionary James Evans devised an Inuktitut syllabic based on Cree.”

Her book is the result of traveling to 14 communities in the North. “I wrote the book,” she said, “to compile information from the elders to be handed down: legends, how to throat-sing, stories, love songs, history, law, literature, life, with graphic design by Inuit young people, to pass on the understanding.”

‘There Needs To Be Goodwill’

“I want non-indigenous people to stop. This is what was forced on us. We want you to feel uncomfortable.”Cherie Dimaline

Dimaline asked her panelists what they’d like non-indigenous editors to know before working with indigenous writers.

“There’s talk about ‘rez speak’ [reservation speak] and it’s authentic and real,” Groulx said, “and it’s okay to use it in stories. Non-indigenous editors don’t understand this cultural reference.

“They want to change it because they don’t understand that the audience is aboriginal, not gen-pop, and will get it. So more workshops for editors, more education” would be helpful.

Rice agreed on the importance of “a better understanding of indigenous cultural references, and that there is diversity within indigenous culture. This is totally missing in general education. You can’t fault individuals for what they don’t know, but they can find out.

“Who lives there? Whose land is that? What was the treaty process? There needs to be goodwill. Editors and publishers need understanding and a willingness to acknowledge what they don’t know. [It’s part of the] process of working together to create something good.”

‘So Easy To Get It Right’

“When working with non-Inuit people there’s much explaining to do. Inuk means two people, Inuit means three or more. When we lose our language, we’ll get into conflicts.”Evie Mark

Earlier this spring the issue of cultural appropriation spiked in Canadian media when the editor of The Writers’ Union of Canada’s magazine, Write, published an opinion piece that offended many, including aboriginal writers who had contributed to that issue of the magazine, which was dedicated to indigenous voices. The controversy resulted in the resignation of Write’s editor and other Canadian journalists.

As Dimaline put it in her keynote address: “We object to being chastised and ridiculed for speaking out about cultural appropriation.”

And she called on her panel to share their thoughts about the “appropriation prize” fiasco.

“It was an editorial failure,” Rice said. “The second set of eyes was missing. The lack of diversity within TWUC,” the Writers Union, “was well known. The magazine issue was intended to bring indigenous people on board and they ended up feeling complicit in the betrayal.

“There’s a power imbalance. Indigenous people need to be higher up in gatekeeping. It offended and did severe damage. Indigenous voices must be included right till the end. Basic journalism could have saved this.”

Evie Mark talked about how her experience with cultural appropriation “is difficult to assess, because my book is in Inuktitut—there is no English translation. And also, there is little or no English literature translated into Inuktitut.

“But when working with non-Inuit people there’s much explaining to do. For example, Inuk means two people, Inuit means three or more. When we lose our language, we’ll get into conflicts.”

Groulx pointed out that, “Issues of cultural appropriation come up every 20 years or so. Indigenous people didn’t like it, but their voices were ignored.”

And when the narrative gets changed, Dimaline said, “it becomes noticed. Knowledge keepers are alive and well and ready to share. It’s so easy to get it right that it’s a decision to get it wrong.”

Translation: ‘Some Words Lose Their Life’

“Some things are sacred and must be kept off limits. This shows respect. An analogy is the Western media’s portrayal of Mohammed.”David Groulx

“Sometimes there’s no translation for some words and/or feelings,” Dimaline said, “Is it necessary to keep writing in a native language? Can a good translation be comparable in quality?”

Evie Mark responded, “We have to get to know each other.”

She teaches non-Inuit people about Inuit culture and values before they go into the North to work. Respect is at the heart of Inuit values, she said, and she teaches non-Inuit how to show respect. “Don’t bring your fear,” she said, “shake hands, take your shoes off. Respect for elders is a feeling. But it has to be explained in a glossary.”

And as Groulx pointed out, this refers again to the concept of respect. “Some things are sacred and must be kept off limits,” he said. “This shows respect. An analogy is the Western media’s portrayal of Mohammed. The issue of free speech always comes up, but Muslims ask that this be off-limits. I get tired of teaching about aboriginal culture.”

“Go to installations, experience indigenous visual art. A recent bestseller list at The Globe had three books by indigenous people on it. This country is changing.”Waubgeshig Rice

Dimaline said to her panelists, “Editors want to be respectful, non-appropriative. What would you tell them?”

Evie Mark answered, “Inuit people are taught to be respectful of elders. I was respectful to the people who told me stories. If they offer tea, you have tea. You don’t say no. Then they tell stories.

“The only way they’ll talk to you is if you’re respectful. There are ways to approach writing about aboriginal people. You have to learn their language and culture, or how can you capture them—their emotions and ways. Otherwise you’re dictating how they should be.”

Waubgeshig Rice had an interesting aspect of this in mind: “Mocking,” he said. “If elders tease you, you’re in.

“Go to installations, experience indigenous visual art. A recent bestseller list at The Globe had three books by indigenous people on it. This country is changing. Support the art. It’s what has sustained us.”

And at the end of the session, this question came from an editor in the audience: Editors will flag text with aboriginal language saying that when readers encounter unknown words, it halts the reader. So how, this editor asked, can editors make sure that including aboriginal words doesn’t impose a barrier to understanding? Editors advocate for readers. How do you respond?

The answer may have surprised some.

“I want non-indigenous people to stop,” Dimaline said. “This is what was forced on us. We want you to feel uncomfortable.”