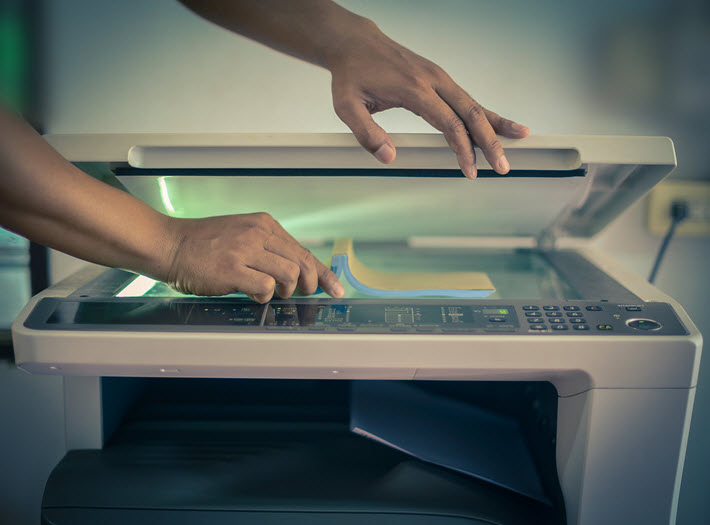 ‘Allowing universities to copy for free that which they previously paid for’ is not fair, rules a Canadian justice, in a closely watched copyright battle. 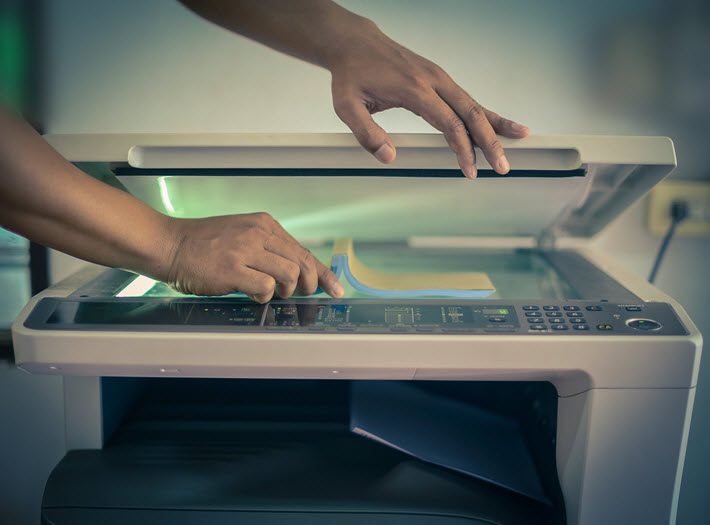 Copying copyrighted content in any format is something that universities cannot do free of charge, says a Canadian federal court justice in a new ruling. Image – iStockphoto: Suksawad

‘Policies Now Determined To Be Illegal’

As Publishing Perspectives has reported in several instances, the Copyright Modernization Act of 2012 amended Canada’s copyright legislation to include the word “education” among exceptions—leading many educators to use copyrighted material without seeking permission from, or paying, a rights holder.

That change in Canada’s law has been estimated to be costing content providers as much as $50 million per year in lost royalty payments.

A federal court ruling handed down on July 12, Access Copyright v. York University, has rejected those guidelines as unfair—and has held that tariffs certified by the country’s copyright board are enforceable.

The president of the Association of Canadian Publishers (ACP), Glenn Rollans, tells Publishing Perspectives that publishers and other rights holders do see that court action as “a bright light at the end of the tunnel—but we’re still in the tunnel.”

At this point, the court believes that the copyright holders’ arguments as correct. But the means of enforcement aren’t yet apparent.

Rollans is the publisher of Brush Education in Edmonton, which produces books for colleges and universities. He knows the situation painfully well. 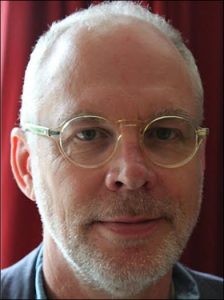 “The source of the issue,” he says in an interview from his office, “is the government’s decision in 2012 to amend the copyright act in Canada. The change that’s had the most impact was adding ‘education’ as a purpose for ‘fair dealing.'”

‘Fair dealing’ in Canada is a lot like ‘fair use’ in the United States and elsewhere. It refers to conditions under which some part of copyrighted content may be used without paying a rightsholder or getting permission.

“The addition of ‘education,’ that one word, without elaboration or clarification,” Rollans says, “left a zone of interpretation” in place, “a bit of a void. The education sector in general has stepped into that void quite aggressively and has circulated the ‘policy for copying’ that’s been referred to as fair dealing guidelines. But based on the court decision, it’s really a policy or a set of policies and practices on copying that’s now determined to be illegal.”

On many Canadian campuses, copyrighted material is being copied by—or handed to—students without rightsholders’ permission and without a dime of royalties being paid.

“Broadly speaking,” Rollans says, “the people setting those new terms for copying, adopted the terms that used to be to be there under paid licenses.” And royalties were and are handled by a nonprofit agency called Access Copyright, legally created more than 25 years ago for the purpose: a collection agency for copyright revenue.

“And when the educational institutions stepped into that void with their new copying policy,” Rollans says, “they essentially said that those uses” of copyrighted content for a fee, “were now free.”

“There is no explanation why 10 percent or a single article or any other limitation is fair. Qualitatively, the parts copied can be the core of an author’s work, even to the extent of 100 percent of the work.”Justice Michael L. Phelan, Canadian Federal Court

As laid out in its own write-up on the court case, Access Copyright calls the July 12 decision of the federal court “a big win for creators and publishers.” The agency and publishers won on both points. The court decision says that York University’s “fair dealing guidelines are not fair in either their terms or their application.”

Not only did the court rule that those guidelines don’t measure up for fair dealing usage of copyrighted material, but that the copyright tariffs imposed by Access Copyright are mandatory: “There is no opting out,” as York University had attempted to do starting in 2011.

Justice Michael L. Phelan is quoted, writing, “The fact that the guidelines could allow for copying of up to 100 percent of the work of a particular author, so long as the copying was divided up between courses, indicates that the guidelines are arbitrary and are not soundly based in principle.

“It is almost axiomatic that allowing universities to copy for free that which they previously paid for would have a direct and adverse effect on writers and publishers.”Justice Michael L. Phelan, Canadian Federal Court

That part of the ruling, then, states that York and other universities’ so-called fair-dealing approaches aren’t fair to copyright holders. “It is almost axiomatic,” reads the court’s conclusion, “that allowing universities to copy for free that which they previously paid for would have a direct and adverse effect on writers and publishers.”

And as for the tariffs, what triggered all this was a change in those per-student tariffs charged by Access Copyright.

In 2010, the tariff structure changed from an annual rate of $3,38 “per full-time equivalent student,” as Paola Loriggio writes in The Globe and Mail, plus a 10-cents-per-page royalty for copied copyrighted material. That per-page fee was normally passed on to students.

Access Copyright in 2010 instead requested a tariff of $45 per student for universities to pay, without the per-page additional fee. During discussions of this with universities, York decided to opt out unilaterally, declaring the tariffs voluntary.

Although a $26-tariff compromise was reached, York remained unwilling to pay. The court in July ruled that this wasn’t permissible. In the court’s summary of conclusions on Case T-578-13, Phelan writes quite bluntly: “The interim tariff is mandatory and enforceable against York.”

“The great thing at the moment is that we’re in the mood to continue fighting: the law has been clearly described and settled in our favor.”Glenn Rollans, Association of Canadian Publishers

At first glance, it would seem that the matter is resolved resoundingly for the copyright holders and publishers. The federal court ruling clearly went Access Copyright’s way.

But both Rollans at the publishers association and Roanie Levy, Access Copyright president and CEO, say they’re troubled to find the universities resisting the ruling.

Their best hope, they say, is to try to engage the Association of Universities and Colleges in a collegial dialogue about how to move forward.

A government review of the 2012 copyright law amendment is supposed to take place this year, but Rollans says he has little hope that it will be initiated before November and then it could drag on through, or past, 2018. And one or more institutions on the educational side may appeal the court’s decision.

So at this point, the federal court’s ruling appears to be clear–but without teeth.

In a statement to Publishing Perspectives, Levy reflects Rollans’ and his colleagues’ frustration, saying: 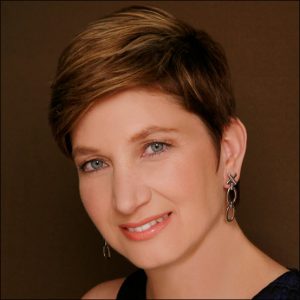 “Although still early, it’s disappointing to see some universities inform their faculty and staff that they intend to continue to operate under the same copying practices and policies” as they followed prior to the July 12 ruling.”The copying practices and policies at issue in the York University case are essentially the same as those adopted by educational institutions across the country. The court was unequivocal. These policies lead to illegal behavior.

“Access Copyright is committed to enforcing the rights of creators and publishers. We are also open to working collaboratively with educational institutions to resolve the situation in an amicable fashion in time for the new school year.”

And Levy, Rollans, and their colleagues have many friends in the international publishing industry who are watching the next moves in this case very closely.

Michael Healy, executive director of international relations at Copyright Clearance Center, for example, has spoken with Publishing Perspectives many times about the rise of many such challenges to copyright, and about this Canadian crisis in particular.

In a new comment following the court’s decision, he says to us:

“Canadian publishers, authors, and organizations such as Access Copyright have had little to celebrate in recent years.”The Copyright Modernization Act of 2012 and subsequent court judgements have been seen by rights holders as profoundly hostile to their interests.

“I’m sure they’ll be hoping that this recent decision in the York University case marks a return to greater balance between the copyright rights granted to rights holders and the rights granted to users to make limited uses of copyrighted works without express authorization.”

“I’d like to be as constructive with this sector,” Rollans says, “as we are with our authors and we are with the universities’ instructors who use our resources. It’s not good business for us to be in this fight and it’s not good education for them to be thinking that beating us down is good for their students or instructors.

“So let’s discuss it. Let’s be in a negotiated licensed environment.”

Should that not work out, however, Glenn Rollans, is speaking some fighting words on behalf of the Association of Canadian Publishers: “The great thing at the moment,” he says, “is that we’re in the mood to continue fighting: the law has been clearly described and settled in our favor.

“It means we have a lot of energy for that, if that’s what it comes to.”