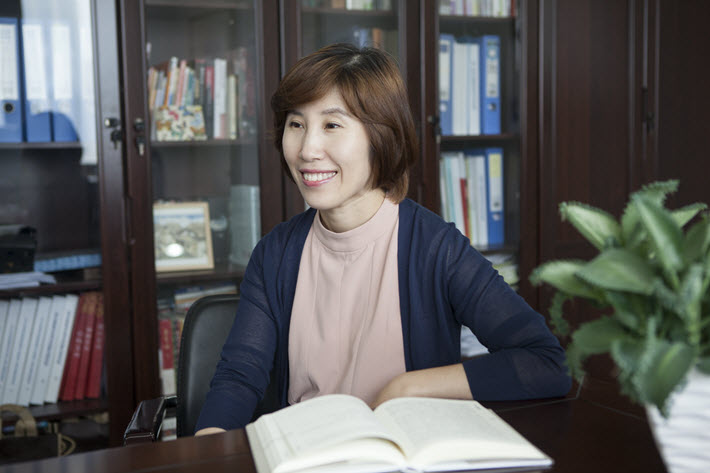 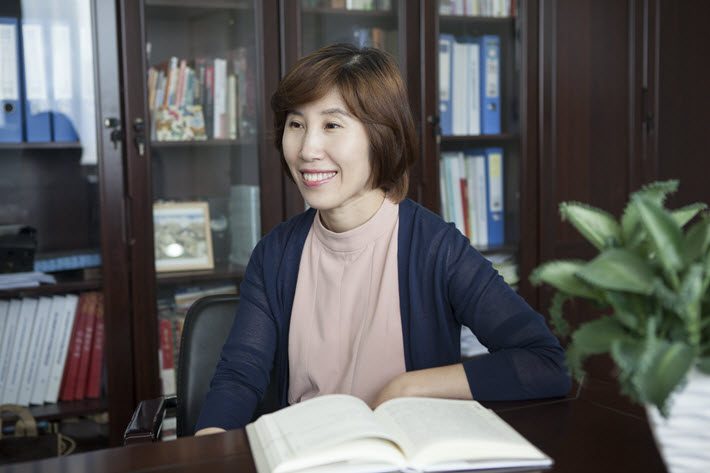 Today (August 21), a program for new exhibitors, First Step Into the Chinese Publishing Market, briefs attendees on rights trading. On Tuesday, the fair’s Publishing Forum has a lineup of speakers including Bloomsbury’s Richard Charkin and the Indonesian National Book Committee’s Laura Prinsloo.

Publishing Perspectives had a chance to put some questions to the fair’s director, Liying Lin, in the final days of preparation for the growing book fair.

“In the 30 years of its existence, BIBF has grown exponentially into the seven-pavilion, 92,700-square-meter fair it is today.”Liying Lin

Lin’s background includes studies at the University of Washington, the People’s University, and Heilongjiang University. In addition to her work as director of BIBF, she’s the managing director of China Publications Expo International.

BIBF is organized by the import/export company China National Publications Import and Export Group, which reports holding a 60-percent of the Chinese market.

Last year, more than 300,000 people attended the fair. Of 2,407 exhibitors, 1,379 were from overseas, representing participation from 86 countries and regions.

More than 5,018 rights deals reportedly were signed by domestic and international publishers, with leading categories including academic, science and technology, and literature.

We began our exchange with Lin by asking about the compelling growth of the fair and the importance of its rights trading component.

Publishing Perspectives: Tell us about the growth of the Beijing International Book Fair over the years.

Liying Lin: In the 30 years of its existence, BIBF has grown exponentially into the seven-pavilion, 92,700-square-meter fair it is today.

It quickly became apparent that there was growing demand for a place for rights trading and to showcase the best of Chinese and overseas content, as the Chinese publishing industry keeps growing in terms of both books sales and the number of titles published each year. 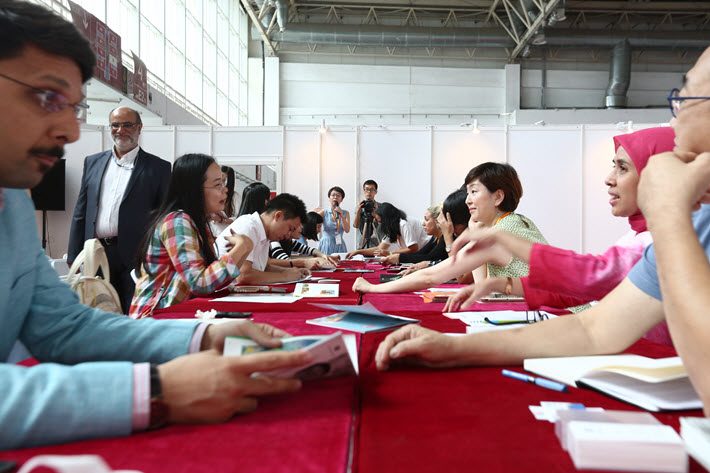 PP: How important have rights transactions have become for China?

LL: I think one major purpose of books is to showcase the cultural differences and similarities and to act as a bridge among the nations.  So I would say rights transactions are important.

Chinese literature has become better known especially since Mo Yan won the Nobel Prize. More authors like Cao Wenxuan, Liu Zhenyun, Yu Hua and others are getting a lot of attention for their literary works. And more categories—other than literature—are drawing attention from other territories, for example children’s books.

Every year, BIBF attracts more and more international exhibitors, thanks to better overseas cooperation and the continued globalization of the Chinese publishing industry.  It’s increasingly a two-way street as the number of translated works available grows—with Chinese titles now being sold internationally in greater quantity as well as content being imported from overseas. 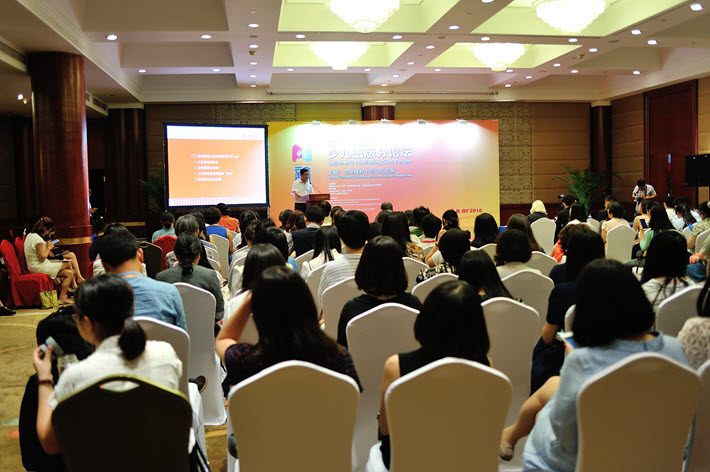 At a program in children’s books during Beijing’s 2016 Publishers Forum program. Image: BIBF

PP: Does Beijing International Book Fiar have a rights-trading center?

LL: BIBF does have a rights center in the International Exhibitor’s Hall (E1), and the size of the rights center increases every year.  This year, BIBF is working with the PubMatch online rights trading platform. The arrangement will make Chinese content more accessible to the world for rights purposes, and will provide exhibitors with access to the online rights platform.

As a trade book fair, our goal is to service the publishing industry, so by partnering with PubMatch, publishers will be exhibiting with more efficiency and getting better results. The PubMatch online rights platform being used at BIBF will be available to all Chinese publishers and attendees of the fair. 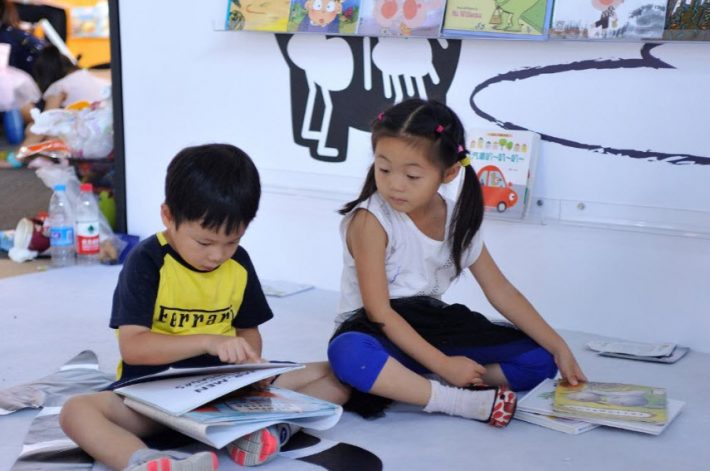 PP: In a parallel development, we reported a week ago the news that China South Publishing has invested in Frankfurt Book Fair‘s rights platform, IPR License. And here at Publishing Perspectives, we’re working with Beijing’s OpenBook to produce our new monthly rankings of bestsellers in China. What key trends can you discern in the Chinese market?

LL: We also work with Open Book for book sales data. But from pure observation, one trend in recent years is the increasing consumer interest in lifestyle and how-to books. Cooking, crafts and do-it-yourself are examples of genres in which publishers are enjoying a surge in book-buying.

I think this is because now people have more disposable income and young people, especially, are looking for better and healthier ways to live.

Books for children—fiction and nonfiction—are still growing in popularity as parents increasingly encourage their children to read, both with them, and independently.  Most noticeably, baby’s first books and picture books are growing, because of the recent increase in the birth rate. 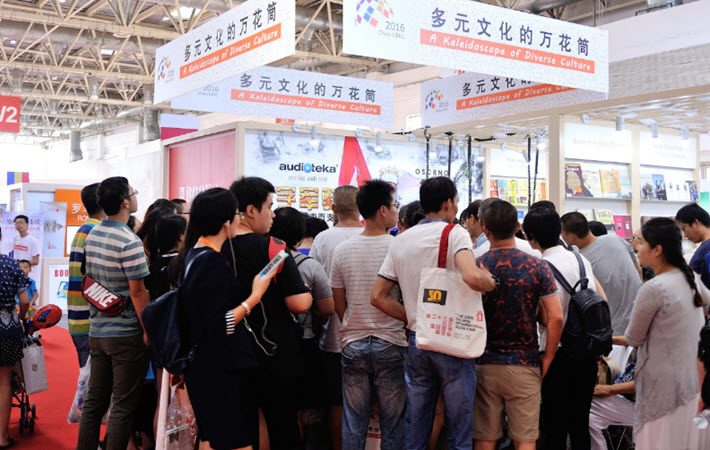 PP:  One of the new initiatives this year at BIBF is a “chef’s kitchen,” which is a focus that Frankfurter Buchmesse has had success with, as well. Is this reflective of that new consumer interest in food and health? And can you tell us something about chefs and/or sommeliers who are participating?

“While globally, sales of e-readers have been falling, in China they’re increasing from 2.26 million sold in 2015 to 2.34 million units last year.”Liying Lin

LL: The show kitchen is a collaboration between BIBF and Gourmand International, which is also the partner for Frankfurt’s Gourmet Gallery.

We’re delighted to be welcoming more than 15 top international chefs, wine masters and sommeliers this year.  They include international award-winner Cyril Rouquet from France who was also in charge of the show kitchen last year, and Keith Grainger from the UK,  who’s in charge of the Wine Theater this year.  We’re also hosting a food and wine book exhibition with more than 1,000 titles in this area.

Our celebrity chefs, both international and domestic, will be cooking in the show kitchen and meeting members of the public to sign their books.

PP: And tell us about the NFL interactive fitness program at BIBF this year.

LL: Our “health and wellness” section will bring books to life with an interactive fitness experience from the US National Football League (NFL) Flag Football Tournament, featuring the latest educational titles on American football and fun exercise activities.

Living well and living better is the new trend for both adults and children. In this area, we will also be involving Mo Bike, the shared bike company, to promote cycling as a healthier and cleaner method of transport. 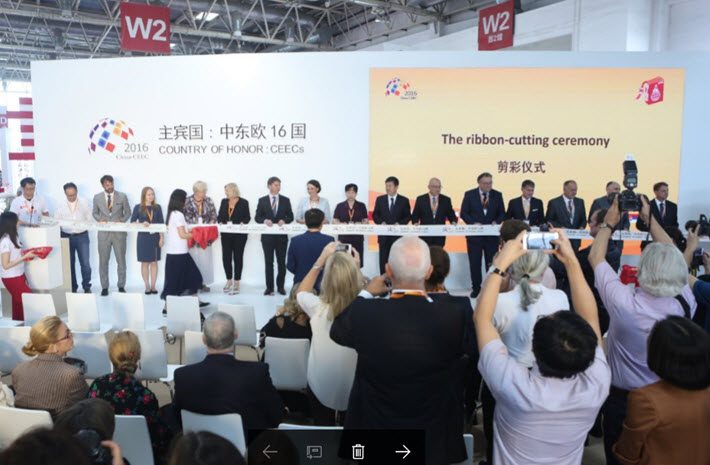 In 2016, Beijing International Book Fair’s Region of Honor was countries from Central and Eastern Europe. This year, the Country of Honor is Iran. Image: BIBF

Digital Publishing: ‘Reading on the Go’

PP: Lastly, what’s your understanding of the digital presence in publishing in China? In the West, as you may know, we have an ongoing debate about whether print books are regaining popularity, even as more and more people read ebooks.

Is digital publishing popular among consumers, and does the BIBF’s programming reflect this?

“Publishing in China has gone digital in a big way, reaching about 12 billion yuan (US$1.7 billion) in sales last year, up 25 percent year-on-year.”Liying Lin

LL: Consumers tend to read on the go, using their mobile phones, so content that’s suitable—for example, romantic fiction—is currently performing well in China. There are 265 million Chinese consumers who read ebooks on mobile devices and 217 million read ebooks on PCs, so we know that the demand is there. [Source:  iResearch Consulting Group]

Chinese consumers like the fact that they can subscribe or buy books in installments very cheaply.  The readers, especially young people, are very used to idea of reading digitally, but the content available for digital platforms is mostly online fiction. There’s still a gap between demand and available.

We host the BIBF International Digital Publishing forum on the third day of the fair every year, aiming to bring the latest technology and business models to the Chinese market with more than a dozen international speakers from the most prestigious digital publishers, helping publishers to catch up to the cutting edge of digital publishing.

Publishing in China has gone digital in a big way, reaching about 12 billion yuan (US$1.7 billion) in sales last year, up 25 percent year-on-year. [Source: China Audio-Video and Digital Publishing Association]

Ebook readers are of particular interest to us—the pattern is different in China.

While globally, sales of e-readers have been falling, in China they’re increasing from 2.26 million sold in 2015 to 2.34 million units last year, giving China an 8-percent share of the global market.  While this’s small compared with North America, at 68 percent, there’s huge potential in the sector. [Source: QYResearch]