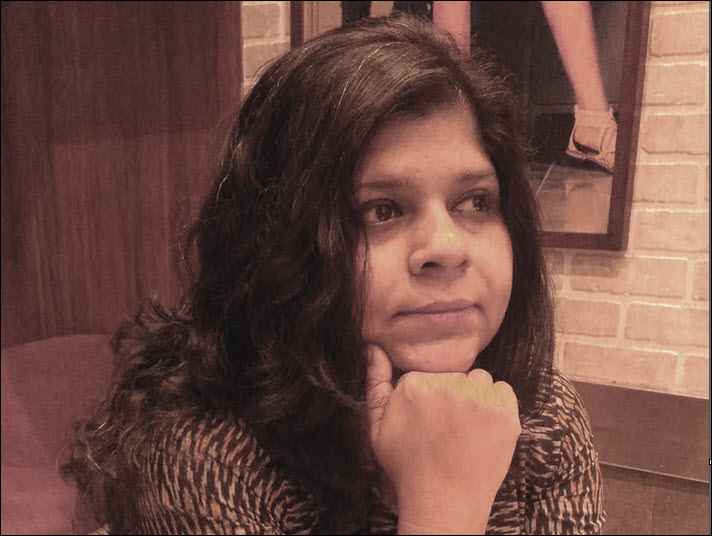 “For women not to be a stronger part of fields like education and publishing is ridiculous,” says publisher and CEO Arpita Das. She has her eye on India’s burgeoning ‘alternative libraries’ as beacons of hope. 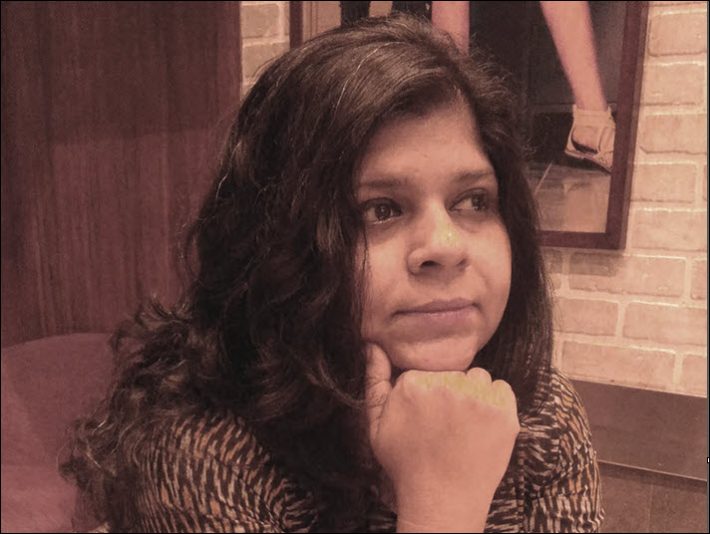 In India: ‘The CEO Bracket Is All Men’

Arpita Das speaks as an example of what several key women in publishing in India have done to capture the executive status they deserve: she’s established her own independent publishing house. She’s a panelist at Frankfurt Book Fair’s 2017 The Markets conference on October 10, when female publishing executives will discuss the question of why more women aren’t in top roles in the world business. More on the program is here.

Das’ Yoda Press, which opened its doors in 2004, has published what company materials describe as “titles on sexuality, dissent, cities, popular and visual culture, and new perspectives in history.”

And in creating her company, Das stands with some of India’s most honored sisters in publishing. This year’s Goethe Medal winner Urvashi Butalia, for example, is the founder of Zubaan Books, and Chiki Sarkar is the creator of Juggernaut, which is specifically focused on India’s large mobile reading market.

“In India,” Das says, “publishing mirrors many other industries” in terms of women’s opportunities for leadership in corporate structures. “We can reach the managerial levels, even the senior managerial levels, but somehow the CEO bracket is all men.”

And while in some parts of the world you may find men who are aware of these issues, “I’m not so sure that that’s the case in my part of the world,” Das says. “If this problem is raised, if this conundrum is brought to the attention of a group of CEOs in publishing here, you’ll get some very quick knee-jerk responses, which actually adds to the problem.

“There’s a sense that, ‘Yeah, there’s a problem, but women have to make a decision about their careers as soon as they get married or want to have children, and they create this problem for themselves.’ That’s a response I’ve heard very often.

“But as an independent publisher, I got married, I had babies, I’ve done everything and yet I’ve continued to run my own business. It’s a 24/7 kind of job. I’ve put my baby to sleep and had my laptop on the other side. What I fail to understand is, if it doesn’t stand in the way of my career, how can this be a reason for these CEOs to keep women away from the top positions?

“I’m not at all saying that women don’t need to take time off, but that does not naturally lead to women not securing top positions in publishing.”

“In an ecosystem where the editorial is so driven by women, it should be taken as a point of strength that as those women are evolving in their careers, they’re noticing gaps that men have missed, simply because of their experiences.”Arpita Das

In addition to founding and running Yoda Press, Arpita Das is curator of the Book Award for Excellence in Writing on Cinema and the Word to Screen Market at the Mumbai Film Festival every year. For three years, she has been responsible for leading a cutting-edge “Word Lab” at the Indian Institute of Human Settlements in Bangalore. She’s also co-founder of a self-publishing platform called AuthorsUpFront.com and has taught in the publishing MA program at New Delhi’s Ambedkar University.

While establishing an independent publishing house is the pathway Das has followed, “It goes deeper for me,” she says, “than just stepping away from a job because you wanted to be able to start your own company and have babies without someone telling you, ‘You can’t work that way.'”

Das says that a part of the reason women may find they need to strike out on their own is they can create content around topics and issues that the mainstream industry doesn’t support.

“I’ve seen other women walk away and start their own publishing houses, before me,” she says, “because there are certain subjects or areas that we wanted to develop, which we were not allowed to do in the large publishing houses. It’s not just work-life balance or lifestyle or a way-of-working issue.

“In an ecosystem where the editorial is so driven by women, it should be taken as a point of strength that as those women are evolving in their careers, they’re noticing gaps” in content potential “that men have missed, simply because of their experiences. And intelligent leaders would take that on board and build on that instead of shutting us down.

“This takes on even greater potency here because there are so many cultural and social issues and knots that we are facing every day. When you take something like knowledge production and dissemination and even that becomes or remains in the bastion, then there’s really nothing that can be done in an evolved or constructive way to unravel those knots.

“For women not to be a stronger part of fields like education and publishing is ridiculous, especially in my country.”

In working with writers, Das says, she sees a trend in literary festivals in India where writers may find the programming for them featuring “panels that might include me and five men. Or you make a big song and dance about something being a ‘gender panel’ and suddenly it’s all five women.”

The authors, themselves, she says, also can frequently display signs of cultural bias. “If I sit with men-friends who are writers, if I take a vote and go around asking each one, ‘So are you reading a woman writer right now?’ the answer is probably going to be ‘no.’ And if I ask, ‘Who are your five favorite writers?’ there will be many who won’t even mention one woman writer. And these are enlightened, well-read, wonderful published authors I’m talking about.

“It’s still such a non-level playing field for us.”

“I often think that so many of these questions go back to the kind of masculinity we’ve created. It’s such a dangerous idea. In many women’s conferences today, at gender seminars, we’re beginning to talk about feminisms,” recognizing an important of “the plural instead of the singular” conceptualization of feminism and its role today.

“And I think it’s so important to think of masculinities instead of ‘masculinity.’ People might say, ‘Oh, come on,'” Das says, at the idea that there’s a connection between the extremes of struggles between genders and the fact that men aren’t reading as much as women are, “but I think they’re all connected.” 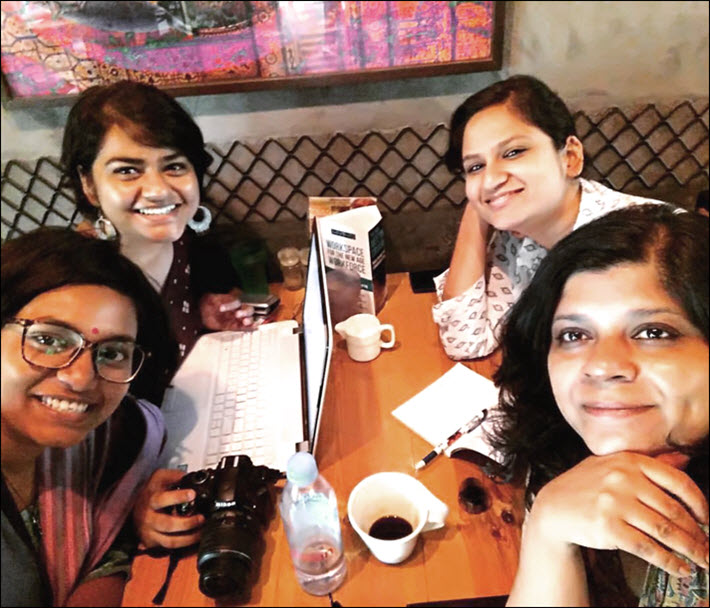 “Through books and through reading you create the possibility of a different way of looking at yourself and looking at each other, when you’re very, very young.”Arpita Das

“In my end of the world,” she says, “we’ve really made a mess of our early school education right across the board. It might be good for the privileged. But for the larger mass of the public, primary education is the pits.”

A more enlightened understanding of gender, Das says, “has to be ingrained in little boys and little girls from the word ‘go.'”

A lot of us are engaged in an ‘alternative library’ movement in India, for instance. We’re trying very hard to take away the notion that libraries are something that just governments do. Many people are becoming committed to setting up neighborhood libraries across villages, across small towns, across big cities, and those libraries are also becoming hubs and reading centers for not just the privileged children of the locality.

“Through books and through reading you create the possibility of a different way of looking at yourself and looking at each other, when you’re very, very young.

“So that’s where I’m putting all my strength, all my attention, when it comes to trying to find a way to deal with this. I support as much as I can a lot of friends who are involved in this movement. I do whatever I can to make things easier for them.

“In my part of the world, we have to take a reality check,” says Arpita Das.

“We have to see that from the grassroots, ground level growing up, there’s no other way but intelligent knowledge dissemination to improve sensitization.”