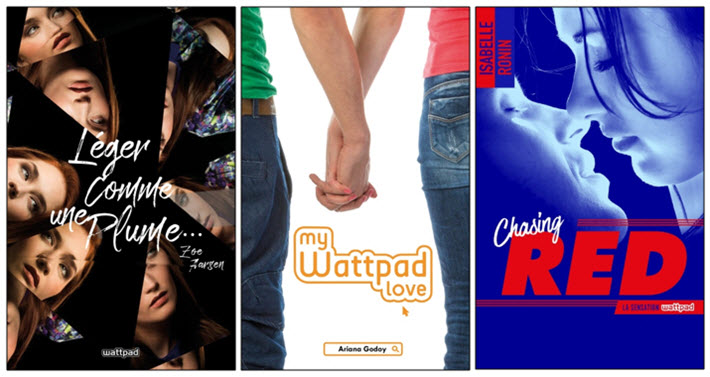 A Publishing Perspectives exclusive: Wattpad scores its largest deal with a European publisher, and in a country that grew its Wattpad audience by 61 percent last year. Last month alone, there were more than 500,000 uploads in French.

In its most extensive collaboration with a European publisher, Wattpad today (July 18) is announcing a partnership with Paris’ Hachette Romans, a division of Hachette Books in France. The deal will see Wattpad stories, originally created on the massive reading-and-writing platform, produced as books in print and digital formats.

With more than 55 million users active in its monthly audience, 90 percent of them on mobile, the advent of Wattpad Studios in the spring of 2016 has consolidated and expanded the reach of the Toronto-based company, leading it past its former self-description as a social network revolving around the reading and writing of stories to what the staff now calls a global multiplatform entertainment company.

As Publishing Perspectives has reported, these developments started with “brand stories“–which began linking Wattpad Star writers with corporate accounts for entertainment media promotion–and has gone on to embrace productions of film and television in the Philippines, as well as more screen development with Hollywood’s NBCUniversal, and most recently an arrangement in the United States, Hachette Audiobooks Powered by Wattpad.

What makes the Hachette Romans agreement a potential turning point for Wattpad is the formalization of its international expansion in book publishing. 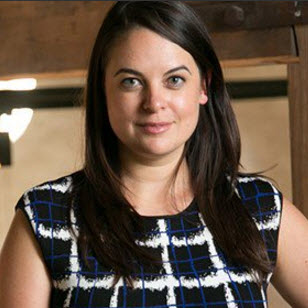 “We’ve been selling rights on top Wattpad stories to international publishers for some time now,” head of Wattpad Studios partnerships Ashleigh Gardner says, “and we’ll continue to look for opportunities to scale. Partnering with a large publisher helps us expand the audience of Wattpad stories and we’ll be looking to create similar partnerships in new markets as we grow.”

As for that large publisher, Hachette Romans’ Cécile Terouanne, editorial and managing director in Paris, tells Publishing Perspectives, “The particular advantage of a partnership with Wattpad has different aspects for Hachette Romans.

“First, Wattpad is a fantastic way for a publisher to read and recruit new voices and talents, a sort of 21st-century slush pile.

“Second, the serial format characterizing Wattpad means that its material is perfectly adaptable for the book industry, whether in print or electronic formats.

“And last but not least,” Terouanne says, “the YA/millennial audience is our audience at Hachette Romans, and through Wattpad we get in touch simultaneously with authors and readers.”

There are reasons, it turns out, for Wattpad to focus on France among continental markets, too.

“Like elsewhere around the world,” Gardner says, “Wattpad is resonating with millennials in France who love the social and mobile features of our platform. Our community grew by 61 percent in France last year and we’re seeing thousands of new signups every day. Last month alone we saw more than 500,000 uploads in French.”

All this adds up to France being “perfect for a partnership like this,” Gardner says, “because not only is it a growing market on the Wattpad platform, but titles from Wattpad are finding a lot of success in the local market.

“With Anna Todd, Estelle Maskame, and now Isabelle Ronin, stories that were popular on Wattpad are finding success in bookstores in France. Wattpad users buy more books than the average consumers,” Gardner says, “and through data, we’re able to work with our partners to surface stories for development with a built-in audience.”

There’s more of what she’s talking about in terms of Wattpad users’ consumer value in this blog post at the site from May, based on a survey of 650 English-language Wattpad users. Just one of the data points there that will gladden the eye of any publisher: “Sixty-eight percent of respondents bought books each month.  On average, Wattpad users who buy books purchase three books per month. Which is three times more than the national average.”

So, clearly, what Terouanne knows she’s getting in the partnership is that kind of proof-of-performance among Wattpad users as book buyers.

And as for Wattpad’s visibility in France, Terouanne says, “Thanks to the After phenomenon”–that’s the work of author Anna Todd (@Imaginator1D) in the series that landed her more than one Simon & Schuster multibook contracts–”the platform is not only known but accepted in France.” 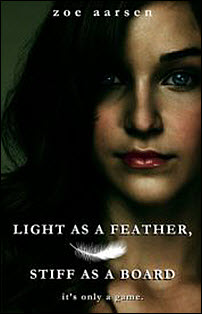 Starting in September, the new partnership will see Hachette Romans publishing French editions of books that originate on the platform as serials.

The first three titles in the partnership are to be Light as a Feather, Stiff as a Board by Zoe Aarsen, who writes as @zaarsenist on Wattpad; Mr. Popular and I by a writer who calls her- or himself “Indie” and writes as @thefreakoffreaks on Wattpad; and She’s With Me by “Jessica,” who writes as @AvaViolet.

If these titles don’t immediately jump out at you, some simple numbers will help: 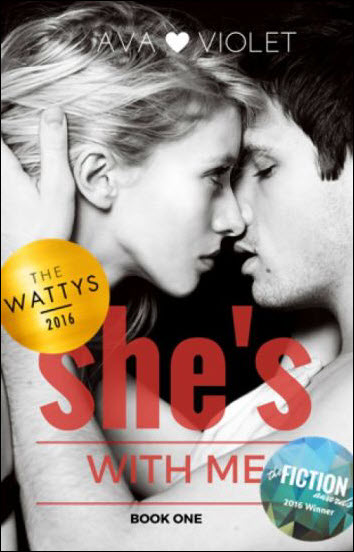 And for Wattpad, Gardner says, “The goal of the partnership is to help identify the titles on Wattpad that will work best in the local market.

“While the announced titles so far are English-to-French, I’m confident we’ll see not only French-to-English, but also Tagalog-to-French or Spanish-to-French. As an international site, we regularly see stories from Wattpad cross borders, with a recent publication in France of a top Italian story (My Dilemma Is You).

“We’ll also be keeping Hachette up-to-date on titles resonating with other partners, and even other formats, like titles selected through our partnership with NBCUniversal.” 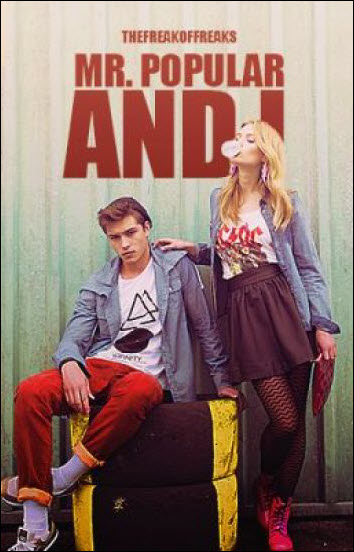 All books published through the partnership will carry Wattpad branding on their covers, and the platform will be heavily promoting the titles to its French community, as well, to assist Hachette Romans with discoverability. Gardner doesn’t reveal how many titles constitute the minimum target set for the partnership, but says, “We’re on track to exceed it, as we’ve been signing content for publication at a very quick rate.”

And for Wattpad writers, this becomes yet another avenue of new potential revenue and career traction.

“As with all our projects on Wattpad,” Gardner says, “Every opportunity is completely opt-in for our writers. Everyone on Wattpad owns the rights to their work, and we’re positioned to connect them to our partners for specific opportunities.

“The writers participating receive advances and royalties in line with industry standards and our contracts are favorable to the authors.”

At Publishing Perspectives, we’ve been aware for some time of a general perception that French reading consumers weren’t necessarily as quick to adapt to digital media as their counterparts in some other parts of the world. In that light, even such a popular online platform as Wattpad might not seem the perfect fit for the French market. And when we asked Terouanne if this could represent any sort of impediment to French readers’ reception of Wattpad content, she had a useful insight: it’s not necessarily the tech itself at play.

“The serial format characterizing Wattpad means that its material is perfectly adaptable for the book industry, whether in print or electronic formats.”Cécile Terouanne, Hachette Romans

“I can assume that French people may sometimes look like they’re ‘digitally reluctant’–the term was ours, not to put it into Terouanne’s mouth–”although I would formulate it differently as far as publishing is concerned: the slow adoption of ebooks in France is less due to a ‘digital reluctance’ than to the interest of protecting the whole industry and maintaining rather high pricing for e-formats.

“In order to encourage our readers in a digital direction,” Terouanne says, “we’ve been publishing simultaneously in e- and p-formats for almost 10 years now, so that our readers are now accustomed to e-reading. But it’s true that because of pricing policies–and also because the book as a physical object remains inimitable–digital formats remain less popular than print here.”

That’s not slowing down Hachette Romans’ plans to operate in “all genres” in terms of what work from Wattpad the publisher will consider. “We first focused on romance, chicklit, ‘fanction’ and teen fiction, but step-by-step we’ve also looked toward adventure, thriller, and horror. 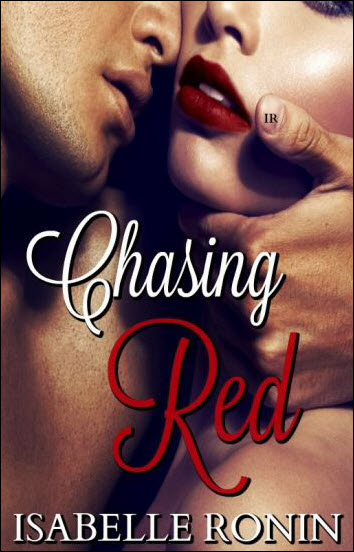 And Gardner says that she and her team at Wattpad were able to put together this new partnership with Hachette thanks to being “introduced to Hachette France through Maria B Campbell Associates,” an agency that scouts for Lagardère’s French publisher.

“They’d been watching the trends on Wattpad,” Gardner says, “and connected us with interest on Chasing Red,” the 79-part story by author Isabelle Ronin that drew 154 million reads–Wattpad’s biggest hit story of 2016.

“As we moved forward with a deal on this title,” Gardner says, “we spoke a lot about Wattpad and our growth, and we began discussions on how else we could work together, which led to this exciting partnership.”

Hachette Romans’ Cécile Terouanne and Wattpad’s Ashleigh Gardner will talk about their new partnership in a Publishing Perspectives Talk at Frankfurt Book Fair at 2 p.m. on Thursday, October 12, at the Business Club in Halle 4.  France is Guest of Honor at Frankfurt this year, and you can read more about the plans for the program here.