Created in memory of the late New Zealand literary community figure Michael Gifkins, the new award provides a publishing contract and advance to a writer of fiction.

A new annual award has been announced for New Zealand writers, the Michael Gifkins Prize for an Unpublished Novel.

The administrator of the award program is the New Zealand Society of Authors (PEN New Zealand), which has announced the prize’s financial backing, a grant from Ann Hatherly and André Gifkins, the partner and son of agent, critic, editor, and author Michael Gifkins, who died in 2014.

Writers who hold New Zealand citizenship or are permanent residents of New Zealand are eligible to enter adult fiction manuscripts for the competition. A manuscript entered must be unpublished and not on submission currently to a publisher.

The winner is to receive a contract for world rights from Text Publishing, an independent publisher in Melbourne, Australia, specializing in literary fiction and nonfiction.  Text won the Australian Book Industry Awards (ABIA) Small Publisher of the Year in 2012, 2013 and 2014.

The prize winner of the new Michael Gifkins competition will also be given an advance of NZ$10,000 (US$7,440).

In explaining her donation funding the prize, Hatherly is quoted, saying, “After Michael died, we received many emails from writers offering sincere gratitude for the help he had given them. But they also expressed concern about the hole his absence would now leave.

“It was Lloyd Jones who first suggested that Text Publishing was the best fit for the prize because of the huge respect Michael Gifkins had for Michael Heyward and his team.” 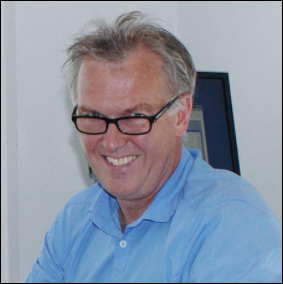 Michael Heyward is the publisher at Text Publishing in Melbourne, and in the prepared statement from PEN New Zealand, he’s also quoted, saying, “Michael Gifkins was kind, wise and generous. A gifted writer himself, he was a fine agent, and completely committed to the cause of New Zealand literature.

“He loved his writers. He challenged them, spurred them on, and caught them when they fell. He had a wicked sense of humour, and we spent hours laughing on the phone together. Life is duller without him around. It is an honor for Text to support the Michael Gifkins Prize for an Unpublished Novel.”

Additional comments are provided by PEN New Zealand chief Jenny Nagle, who says, “The Michael Gifkins Prize is a generous award for New Zealand writers, coming at a time when literary arts funding is stretched.

“This prize will honor the memory and the lifelong commitment Michael Gifkins had to New Zealand literature and the encouragement he gave to so many writers will live on in this legacy.

“The New Zealand Society of Authors (Pen NZ Inc) is proud to administer this new annual gift, and we are grateful to Ann [Hatherly], André [Gifkins] and Text Publishing for their support. Every year this opportunity will be life-changing for one of our writers.” 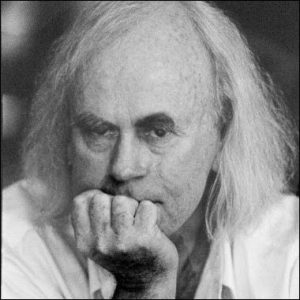 Gifkins, born in 1945 and was age 69 at the time of his death in 2014. He’s remembered for three published short story collections: After the Revolution; Summer Is the Côte d’Azur; and The Amphibians.

He was writer in residence at the University of Auckland in 1983 and was the Katherine Mansfield Memorial Fellow in Menton, France, in 1985.  Gifkins was a member of New Zealand Society of Authors from 1982 to 2014.

New Zealand authors interested in submitting manuscripts for consideration in the new prize can see the terms and conditions here (PDF).