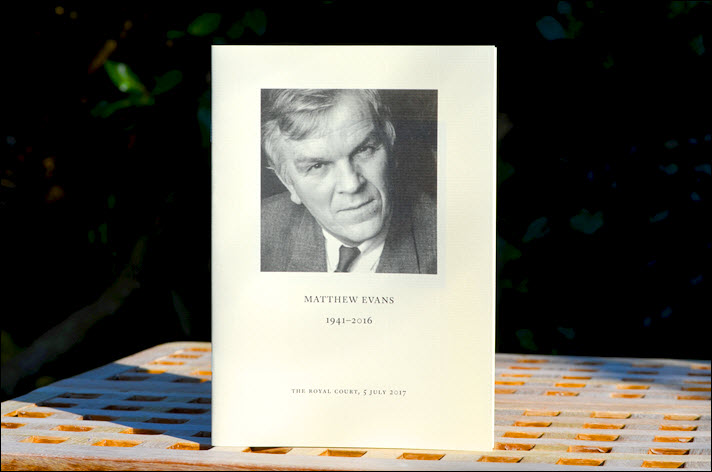 Acclaimed by friends and colleagues as one of the greats in British publishing–who made a ‘dazzling literary court’ of Faber–the late Matthew Evans prompts fond memories in a host of speakers. 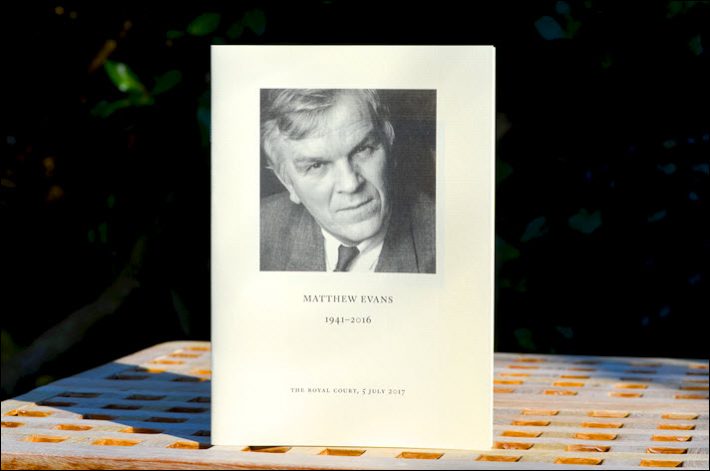 A tradition that’s maintained with special fidelity in the UK’s publishing industry, the memorial-as-celebration for a highly valued player is an event as much about reflection and fortification for the living as it is about honor and appreciation for the deceased. Not long ago, we had a writeup on the service for agent-author David Miller. Today, we have this look at one for Matthew Evans.—Porter Anderson

Matthew Evans was remembered as “one of the great postwar publishers” in a service at London’s Royal Court Theatre on July 5.

Matthew Evans is credited with recreating Faber & Faber and helping to bring TS Eliot’s Cats to stages around the world.  His life’s celebration this week came a year after his death from leukemia at age 74, July 6, 2016.

Evans was chairman of Faber from 1981 to 2002, and Wednesday’s program of readings, remembrances, and music in Chelsea drew key players in the field including Knopf’s Sonny Mehta and Gary Fisketjon; novelists Kazuo Ishiguro and Joanna Trollope; the playwright Christopher Hampton; agents Clare Alexander of Aitken Alexander, Jonathan Lloyd of Curtis Brown and Peter Straus of RCW; and publishers Nigel Newton of Bloomsbury, Amanda Ridout of House of Zeus and Nick Pearson of Fourth Estate. 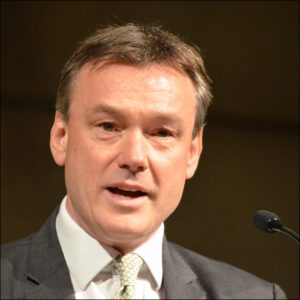 Others there comprised figures from the wider world of the arts, among them the BBC’s Alan Yentob, and Lord Evans’ House of Lords peers Kenneth Baker from the Conservatives and Labour peer Tessa Blackstone with whom Evans was a student at the London School of Economics.

In a typically fine address, Faber chief Stephen Page–whom Evans brought into the company as when Page was 37–recalled how the Faber of the late 1980s and ’90s was “the compelling story of the era.  The double F, the saturated black–Faber propelled me toward reading.

“I admired Matthew’s publishing vision, his chutzpah,” Page said. “Who could not be dazzled by the literary court of Faber at the time?  He gave Robert McCrum,” Faber’s editor-in-chief, “the freedom to create a fabulous generation of writers.  Matthew was one of the great postwar publishers, whose decisiveness and ambition helped recreate Faber. 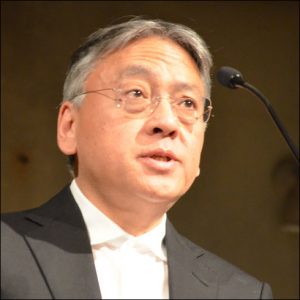 “He built a thrilling publishing house and today all of us at Faber stand on his shoulders.  I am grateful for his kindness, confidence and loyalty.”

One of that “fabulous generation” of writers, Kazuo Ishiguro, recalled a feeling of “sanctuary” he enjoyed at Evans’ Faber.

“Here was a place where I could pursue my artistic dreams,” Ishiguro said. “In an era of cynicism, I think he believed in organizations, in their ability to deliver.

“I will miss his humor, his gentleness, and his enthusiasm.”

McCrum: ‘Enchanted by the Creative Process’ 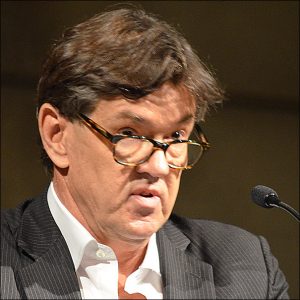 It was an occasion for choice literary anecdotes.  McCrum had some fun remembering Evans an outsider.

“There was something of the country boy pressing his nose up against the glass of the metropolis,” McCrum said. “I’m reminded of that story Thurber used to tell about Harold Ross at The New Yorker.  ‘Tell me,’ Thurber recalled Ross asking him.  “Is Moby-Dick the whale or the man?’

“Sometimes I think of Matthew’s Faber as being the Pequod of Queen’s Square.”

On a more serious note, McCrum referenced Evans’ affinity for writers, notably the poets Ted Hughes and Seamus Heaney, and said that he was a “restless spirit enchanted by the creative process.” 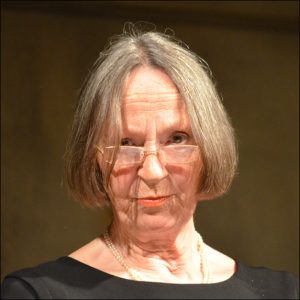 Ted Hughes’ widow Carol was among speakers, recalling, “When we needed some legal advice about a proposed film adaptation of The Bell Jar, Ted turned to Matthew for advice and he put us in touch with a lawyer who saved us from our own nightmarish version of Jarndyce v. Jarndyce.”

Seamus Heaney’s daughter Catherine read her father’s poem “Postscript” and Carol Hughes remarked that Evans was greatly affected by the poet’s death in August 2013.  “I don’t think he ever recovered.” 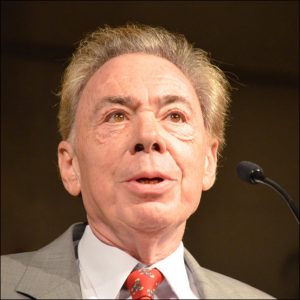 The composer Andrew Lloyd Webber recounted an insight into how the Cameron Mackintosh musical Cats came about, recalling that it was Evans who arranged a meeting with Valerie Eliot, the poet’s widow.

“She told me, ‘Tom turned Disney down, you know.  He hated Fantasia…’ and while she was speaking, Matthew was gesturing behind her, advising me how I should respond.

“Matthew encouraged me all the way and it was his support that made Cats possible.”

Fisketjon: ‘The Thing About Frankfurt’

At the reception that followed, Knopf’s Gary Fisketjon recalled the help Evans gave him when he was a young editor.

“We had Auden in common,” Fisketjon said, “because Random House published Auden in the US, and he said to me, ‘Listen, I can’t keep coming over here, you have to come to us.’ He encouraged me to get out there. And when it came to Frankfurt, I didn’t how it worked so I called Sonny [Mehta] for advice and he said, ‘The one thing you mustn’t do is make any appointments.’ I thought that’s not much help. So I called Matthew and asked him and he said, ‘The thing about Frankfurt is don’t make any appointments.’”

McCrum, who described Evans as his friend and mentor, concluded with the passage from Shakespeare’s Cymbeline that begins, “Fear no more the heat o’ th’ sun / Nor the furious winter’s rages.”

The verse includes the lines: ‘Golden lads and girls all must, / As chimney-sweepers, come to dust,” and McCrum explained that “chimney-sweepers” was a phrase of the time for dandelions.

As with many of these occasions in British publishing, the service was a touching one.