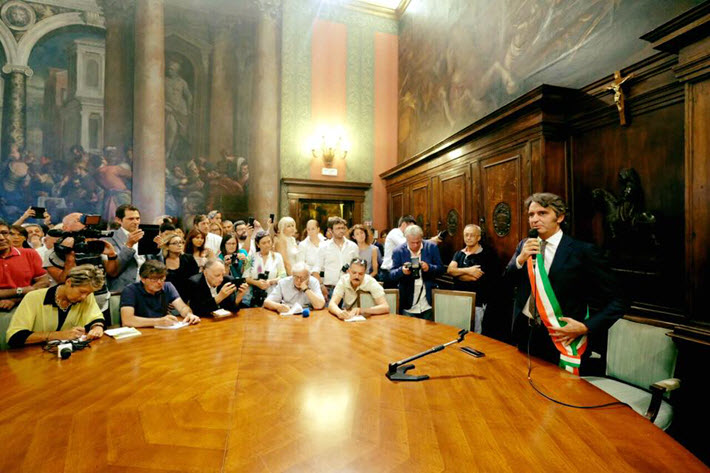 Kolman: ‘Under No Circumstances Acceptable’

In a sharply worded open letter today (July 7), Michiel Kolman, president of the International Publishers Association (IPA) in Geneva, has conveyed the organization’s “profound concern” about an Italian mayor’s plan to remove books that depict same-sex unions in a positive light.

The relevant part of the mayoral agenda is translated as an intention to “withdraw from libraries and municipal or contracted schools (including kindergartens) books and publications that promote equality of a natural family and same-sex unions” and promises “interruption of initiatives that even indirectly promote this goal.” 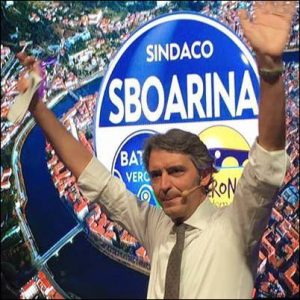 Federico Sboarina was elected June 25 as mayor of Verona in a runoff with Patrizia Bisinella. Local reports are closely following the controversy.

For his part, in an article in L’Arena, the new mayor is quoted, saying, “I am for dialogue and opinions, as well as for the freedom of expression and absolute respect for press freedom. I am also convinced that the family is composed [of a] mother and father, and I will defend this value in the education of children and young people.”

Municipal leaders are going on the record in disagreement with Sboarina’s position. A city council member, for example, Michele Bertucco, is quoted by L’Arena warning against “messing around with civil rights.” She vows vigilance “not least on the side of access to services for children” to be sure there’s no “discrimination of this kind in our city ”

The IPA commentary asserts that whatever motivations are behind censorship are less important than the fact of its damage. As Kolman writes for the IPA:

“To be absolutely clear, whatever ideological compulsion lies behind your desire to censor and suppress the range of published works that the citizens of Verona can access is entirely irrelevant…

“As you know, modern Italy, a key member of the European Union, is built on upholding internationally enshrined principles of human rights, pluralism and personal freedoms: freedom of speech and expression; freedom to write and publish; freedom for libraries to choose the titles in their collections; freedom to teach these aforementioned principles in schools.

“As a steward of humanity’s cultural, educational, and informational domains, the IPA and its Freedom to Publish Committee denounce and reject in the strongest terms the censorship of books that you intend to impose.

“I hope that you will reconsider the censorial aspects of your manifesto, and opt instead to increase the diversity of opinions and ideas available on Verona’s bookshelves. This will empower and enable citizens of your magnificent city to make up their own minds about what does and does not constitute acceptable reading.”

A copy of Kolman’s full letter to Sboarino is here.

Alex Cremonesi, president of Arcigay Verona, has raised the spectre of 15th-century Fierenze’s Savonarola, reported by TG Verona to have written, “We are not far from the burning of books only with more bureaucratic forms.”

And additional regional criticism has come quickly from the president of the Italian Publishers Association (Associazione Italiana Editori), Ricardo Franco Levi–even newer in his AIE role than Sboarina is in his–in a statement of support to Rosa Maiello, president of the Italian libraries association (Associazione Italiana Biblioteche). Levi writes:

“Whatever the opinion, the vision or the information contained in [pertinent] books, my and our assessment would not change. I feel the urgent need to [represent] the solidarity and closeness of the Italian publishers and my personal [support for] all the librarians of our country.

“Freedom of expression and editing–as well as freedom in cultural choices that govern the formation of a library’s collection and the freedom of teaching in schools of all levels–are fundamental values for anyone working in culture and education, and must be defended at all times and above all in our democratic society…

“I hope that the mayor of Verona revises [his] program. Instead of withdrawing books, concentrate on providing resources to enrich the collections of libraries [and] schools.

“Trust the professionalism, pluralistic sensitivity, skill, and passion of Verona librarians and teachers.”