Coming in September, the Spanish iteration of the Hay Festival at Segovia will feature internationally recognized authors and a focus on current events.

Another Hay Festival heard from, this time the Spanish iteration at Segovia. The program has been announced to include more than 100 speakers and 70 events in nine days’ time, September 16 to 24.

Now in its 12th year in Spain, this year’s Hay Festival Segovia has been ranked for the first time as one of the Observatorio de la Cultura’s list of outstanding cultural institutions.

In a prepared statement, the director of the Segovia installation of the international network of Hay events, Maria Sheila Cremaschi, is quoted, saying, “From cities, to food, to immigration, to peace, to Europe: our programme imagines the world as it is, and as it might be.” A Hay hallmark is a mixture of current events and arts programming that stretches the “literary festival” concept into something more broad-based and informative.

Nevertheless, announcements like the one made Friday (July 21) normally start with a given festival’s writerly speakers, and the Segovia news is no exception.

Authors scheduled to appear include:

The Segovia festival has a special focus on issues around cities and includes in its programming, discussions with architect Richard Rogers and Design Museum’s Deyan Sudjic. The artfully named Lorenzo de’ Medici presents an historical view of great cities, while architects Luis Vidal and Benedetta Tagliabue appear with Japan’s Sou Fujimoto. Colombian sculptor Doris Salcedo is on the schedule, too.

More speakers include historians Catherine Maxwell-Stuart and Giles Tremlett, while a “celebration of food” somehow finds its way into the program, as well, led by The River Café’s Ruth Rogers of London.

Those current events come into play in discussions featuring:

As part of the original Welsh Hays Festival observances of its 30th anniversary, Helena Kennedy will present her “reformation of human rights law” in the “30 Reformations” series.

More information on the Hay Segovia’s programming, as well as tickets, is here. 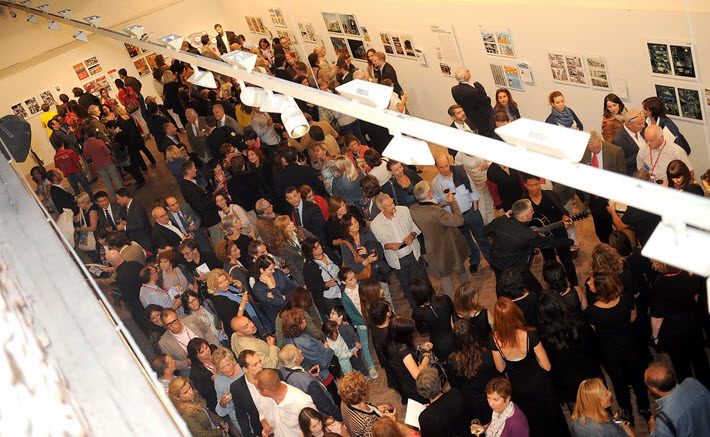