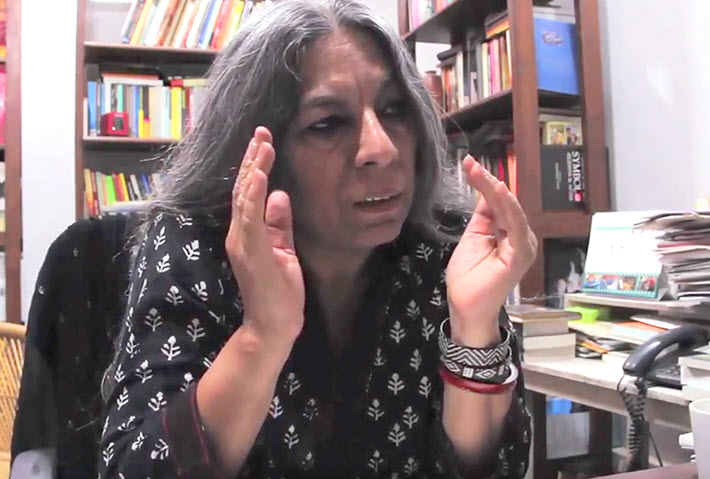 From Scroll.in: Indian feminist publisher Urvashi Butalia has ‘a constant feeling that there is so much more to do…I hope it never leaves me.’ 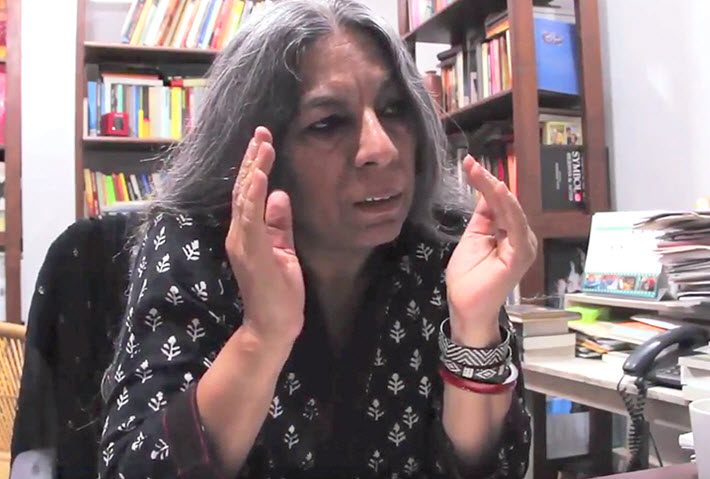 India’s Urvashi Butalia is one of three honorees this year in the Goethe Medal program, along with Lebanon’s Emily Nasrallah and Russia’s Irina Scherbakova. The award program points to how these are ‘three individuals who each take a courageous stance on subjects tabooed in their societies–from violence against women to the politics of remembrance.’ —Porter Anderson

Publisher and author Urvashi Butalia, “has worked to give marginalized social groups in India a voice,” according to notes on the Goethe Medal rationale for her award this year. “As a feminist publisher,” the program’s commentary says, “she advocates amendments to India’s legislation with regard to rape and dowries and is an internationally esteemed essayist.”

Since founding India’s first feminist publishing house in 1984 with Ruta Menon, Butalia has also established Zubaan Books as well as write the award-winning The Other Side of Silence: Voices from the Partition of India and other books.

Butalia was recently interviewed for Scroll.In by Urvashi Bahuguna and here are a couple of highlights. 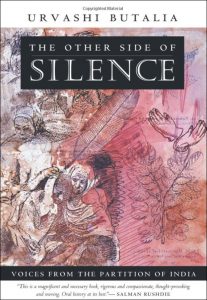 Bahuguna: It’s been almost 20 years since The Other Side of Silence was published. Did you foresee the kind of impact it has had?

Urvashi Butalia: You know, I’m a publisher, and I know about which books succeed in the market and which not, I’m realistic about books.

I would have expected Silence to sell maybe 2,000 copies. I have been constantly surprised by how it goes on, today 20 years later it’s still in print and the publishers are issuing a new edition with a new introduction. It’s been translated into many languages–for me that’s most important–Hindi, Marathi, Urdu, Malayalam, Tamil, Assamese. I’m happy about that, which author would not be?

Bahuguna: What are some of the books you’re proudest of putting out into the world?

Urvashi Butalia: You should never ask this question of a publisher, especially a feminist publisher.

I’m proud of every single book we’ve published, because I believe each one has something important to say. I’m proud that many big names in literature today were first published by us and it was only then that bigger publishers picked them up. But yes, there are some books we have done which are the kind of books feminist publishers dream about. 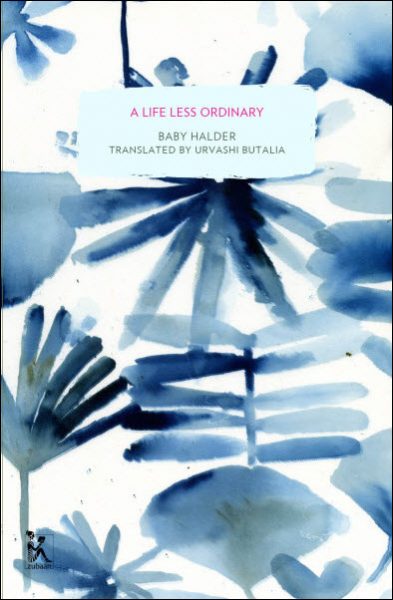 But there are…books that have changed the way I think of books. A visual book called Shareer ki Jaankari [About the Body], written by a group of women from Rajasthan. Seventy-five women wrote this book and one of the conditions they imposed on us when they gave us the book was that the names of all 75 should appear on the cover. This upturned all my received notions about authorship for I had always learned that authorship is an individual thing, you can have two authors, or three, but 75?

This book—we’ve never sold a single copy through a bookstore, every copy goes to village women or to NGOs, and till now we have done more than 70,000 or 80,000 copies.

The other book was Baby Halder’s autobiographical book, a hard-hitting account of what it means to be poor, female and to live in an abusive marriage. This book, called A Life Less Ordinary, has been a transformative experience for many many poor women, and Baby herself has become an inspiration.

Bahuguna: What do you have planned for the near future?

Urvashi Butalia: Lots. I live with a constant sense of incompleteness, a constant feeling that there is so much more to do. I’ve learnt to recognise this as a desirable state of being. I hope it never leaves me.