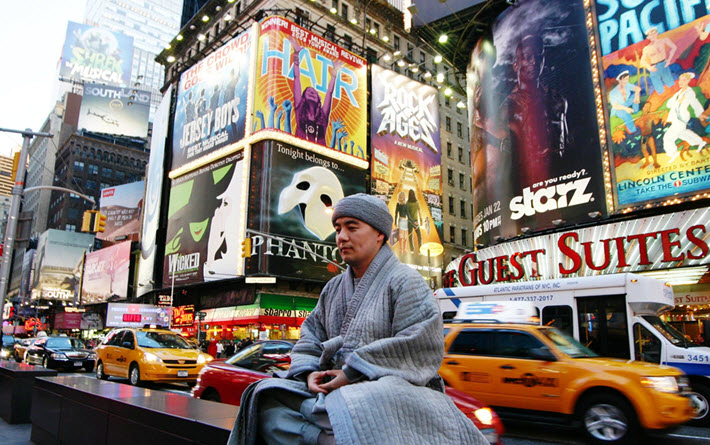 ‘In the stillness of the pause,’ writes Haemin Sunim, ‘the entirety of our being is quietly revealed.’ The Zen Buddhist author will speak October 10 at Frankfurt’s ‘The Markets’ about the busy-ness of the business. And life. 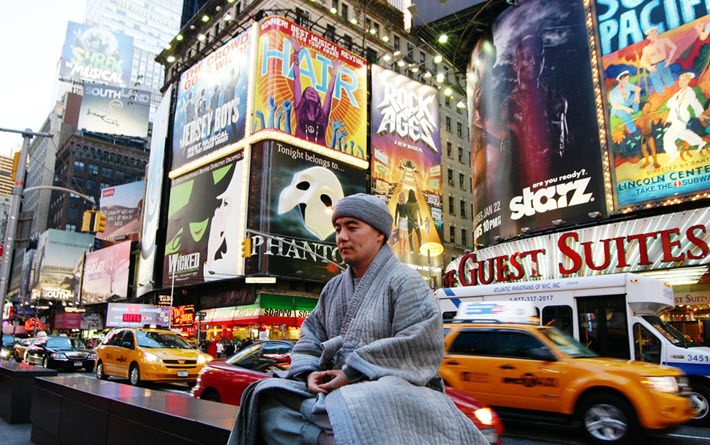 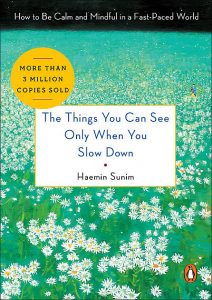 The US cover, Penguin Random House

In order to do something better, Haemin Sunim says, “you have to slow down.

“Now, I’m not suggesting that you should slow down forever,” the jet-setting Zen Buddhist monk says with a laugh in a conversation from his home in Seoul. “But you do have to slow down at times and see what’s really going on.”

To have such a small idea at its core, Sunim’s book has quite a long title. The Things You Can See Only When You Slow Down: How To Be Calm in a Busy World was released in South Korea in 2012 and spent a reported 41 weeks on bestseller lists there, selling some 3 million copies. The book has eight chapters, each including essays, short messages, and prompts for meditation. “Feel free to make notes in the margins or highlight parts that have resonated with you,” Sunim instructs the reader.

It was released in February in the United States (Penguin Random House) and in the United Kingdom (Penguin Life) in its English translation by Sunim and Chi-Young Kim with 20 full-color illustrations by Youngcheol Lee. The German edition, from Scorpio Verlag GmbH & Co. KG, is set for a September 4 release. Indeed, the book is a rights juggernaut, with translation deals so far in at least 26 languages including Bulgarian, Chinese, Croatian, Czech, Dutch, Finnish, French, Hebrew, Indonesian, Italian, Japanese, Norwegian, Polish, Portuguese, Romanian, and Russian. 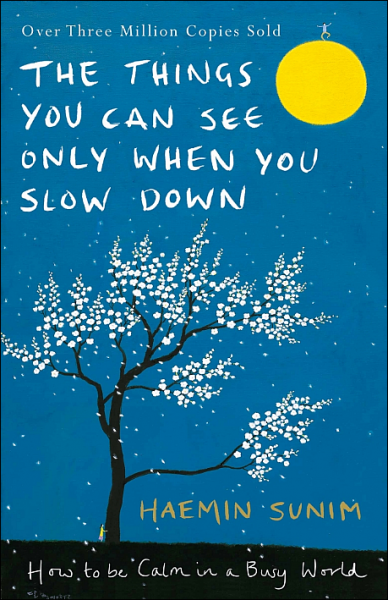 The soft-spoken man behind so much publishing happiness–he advises readers to strive not for success but for happiness– has watched the world catch up with his own sense of the power of social media in the last five years. He hadn’t expected such impact from tweeting, he says, but today we know all too well how hard-hitting those 140-character messages can be.

When he wrote the book, Sunim used many of the messages he had floated first on his Twitter account, which stands at this writing at 1.26 million followers. He told National Public Radio’s Lakshmi Singh during the release week for his book in the States that he’d found it easier to send out small messages on the ether. “It’s very difficult to give a talk in front of, you know, 100 or 200 people,” he said to her. He preferred short-form bursts. Like this one, from his book:

Don’t struggle to heal your wounds.
Just pour time into your heart and wait.
When your wounds are ready,
They will heal on their own.

Time Is on Your Side

“What it really is, is an assurance that you’re worth something. That’s what’s really behind all the busy-ness.”Haemin Sunim

Sunim will engage in a live conversation onstage on October 10 at The Markets, Frankfurt Book Fair’s and Publishing Perspectives’ conference at the Business Club. The Markets this year features special insights and networking with the publishing dynamics of Southeast Asia, Guest of Honor France, India, the UK and the USA.

And what Sunim brings to the program as part of the Southeast Asian element is a message that might speak immediately to publishers who feel so pressed today by market trends, staff meetings, P&L issues, and competition, let alone by our politically battered daily lives.

When everything around me is moving so fast,
I stop and ask, ‘Is it the world that’s busy,
Or is it my mind?’

“We can be on autopilot and just reacting without thinking,” Sunim tells Publishing Perspectives, pointing to a problem with which many in international publishing today are familiar. “‘Am I heading toward what I really wanted? Is this a good strategy?’ It’s important to periodically pause.”

The momentum of business’ busy-ness, Sunim says, can put blinders on people immersed in any field, not just in publishing. And his observations lie in close parallel to those of comments we hear today about the danger of publishing more books than can be marketed effectively.

“We can be completely lost in our activity,” he says. “And then there’s no more joy in what we do. The end result matters more than the process. And that kind of phenomenon, in my opinion, is counter-productive.” 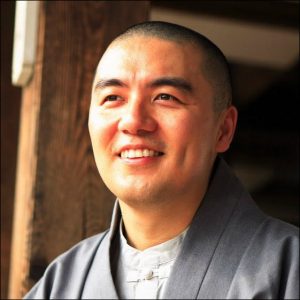 Being hyper-busy, in fact, he says, carries its own addiction. “It gives us the feeling of being alive,” he says. “We all want to feel alive. And it’s also a nice feeling that people need you. You’re needed. It’s a wonderful feeling. It reassures you of  your self-worth.

“If you really look at it,” Sunim says, “what it really is, is an assurance that you’re worth something. That’s what’s really behind all the busy-ness. It’s a feeling of being connected so that you feel alive. And in order to create this feeling, you’re accomplished, you’re always doing things.

“The problem is that you can be doing this mindlessly,” he says, “barely realizing that you’re doing it almost out of habit. In order to avoid the truth, you constantly pretend. You can easily get burned out.

“But the thing is, you should start from self-love. Not trying to seek to pull assurance from outside. Instead, first we should get in touch with ourselves. And from that feeling of contentment, and even love, we can go out and do things in a more genuine way.”

Allow your difficult emotion to be there,
And see what happens.
It isn’t the emotion making you suffer.
It’s your resistance to it.

Pressure, and Our Experience of It

“When I first started engaging in social media, I did get criticism from traditional Korean Buddhists, some of the more conservative Buddhists.”Haemin Sunim

Haemin Sunim, of course, is having the kind of happy success with his writings that most authors can only dream of achieving. He’s cannily aware, however, of the rhythms of the industry’s marketing energy.

“I get the feeling that books are so commodified today. They need to be sold in the first three weeks, and you either make it or the publisher basically moves on to the e next thing they are pushing. Especially the big publishers. They have a lot of books to promote. So you get a few weeks of attention. It seems it’s not about the book, it becomes just a product.”

To the degree that digital commercial forces are driving such effects in publishing–and in thinking about the effects of such dynamics on the traditional publishing world–Sunim recalls getting pushback from certain sectors of Buddhist practice in Korea when he began leveraging social media for his concepts.

“It makes total sense. When I first started engaging in social media, I did get criticism from traditional Korean Buddhists, some of the more conservative Buddhists. They weren’t familiar with social media and felt that it didn’t represent traditional” practice. “But I think it’s better to embrace it. Digital publishing, like social media, is here. And it’s here whether you like it or not.”

Sunim has incorporated online communications in the work of The School of Heart, the center he founded in Seoul, which offers emotional and psychological support to its clients, that “healing mentor” work. Using Skype, for example, he has been able to reach people who can’t be physically present at the center, much as the Scottish-born Triratna Buddhist, Bodhipaksa in the United States has come to use meditation training online.

“Embracing technology,” Sunim says, “is the way to go.” 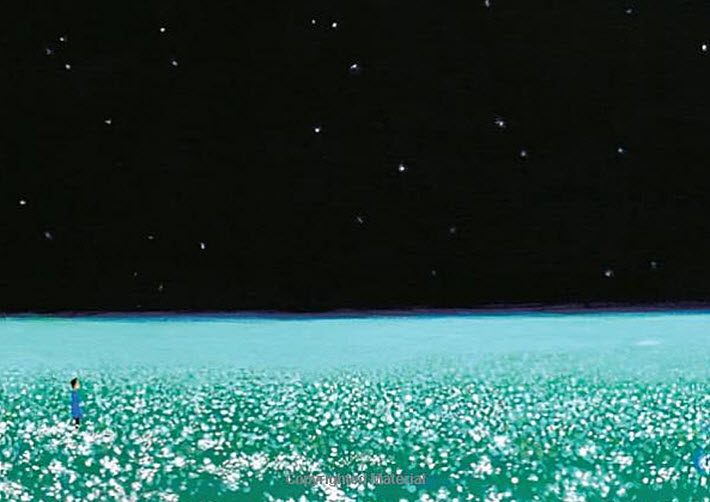 “Books are so commodified today. They need to be sold in the first three weeks, and you either make it or the publisher basically moves on to the e next thing they are pushing.”Haemin Sunim

The School of Heart center is “a group of teachers,” he says. “I invited other teachers to come along. In Korea, as in the US and in Europe, I realized we don’t have a whole lot of support groups. Traditionally, the role of a support group was played by a family. But it’s very tough in this age to find that kind of support. So I decided to start a group, for example, for parents who have just lost a child.”

From that beginning, he says, more support efforts followed, such as a group for people diagnosed with cancer.

“And recently we’ve added new groups,” responsive to the social needs around him. “For example, we’ve just started an LGBT group, and we have a new group for people over 70 who live alone, another big group in Korea. We also offer classes, group therapy, teaching self-esteem” as well as courses in spiritual practice, of course.

While the organization is non-denominational and apolitical, much of its work addresses fears of many kinds, and Sunim says he could imagine a time when the concerns of South Koreans about the North Korean situation could warrant attention at the center.

“We are anxious, yes,” he says, “because of that. It’s been going on for 60 or 70 years, of course, so we’re used to it to some degree. But what’s going on right now” with Pyongyang’s increased missile testing activity “is alarming.  Especially with the American,” Otto Warmbier, “who was imprisoned and released” only to die in coma shortly after being returned to the States. “That was really, really terrible.”

The situation “is so unpredictable,” Sunim says.

But the success of his writings is less so. Sunim already has published another book in Korean. Love for Imperfect Things was released in Seoul last year, he says, “and it was also the No. 1 bestselling book of the year.”

Good thing the new book has come up: “In fact, now that I think about it,” Haemin Sunim says, “Penguin has made a contract, I just need to sign it,” for the book’s translation and publication in English.

“Hopefully they can turn it into a book” in English “a year-and-a-half from now.”

In other words: not too fast. 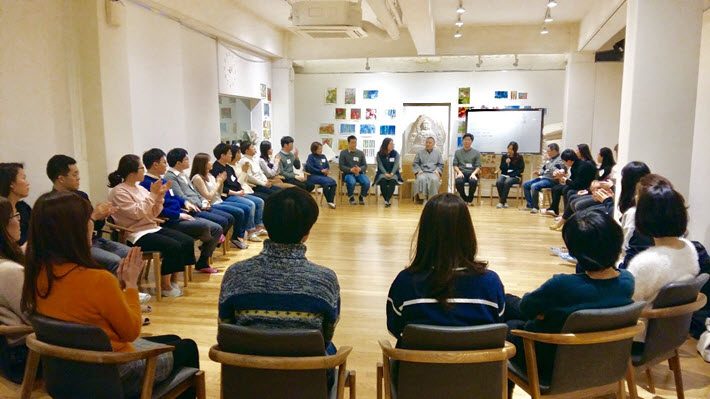 Haemin Sunim leads a session at the School of Heart in Seoul. Image: Provided by the author

Haemin Sunim will be heard in conversation at Frankfurt Book Fair’s The Markets conference on October 10 in the Business Club (which has a 20-percent discount until August 31). More details about the program are here. Frankfurt Book Fair’s dates this year are October 11-15, and for the first time tiered pricing is available for trade visitor admission. Currently, a 30-percent discount is available, until July 31. More details are here.