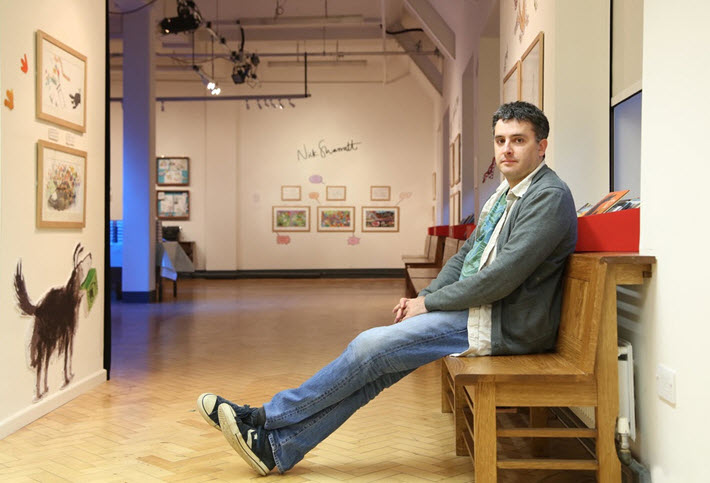 Using his winnings from the International Dublin Award, translator Daniel Hahn has established his own new prize for emerging translators—and their equally overlooked editors. 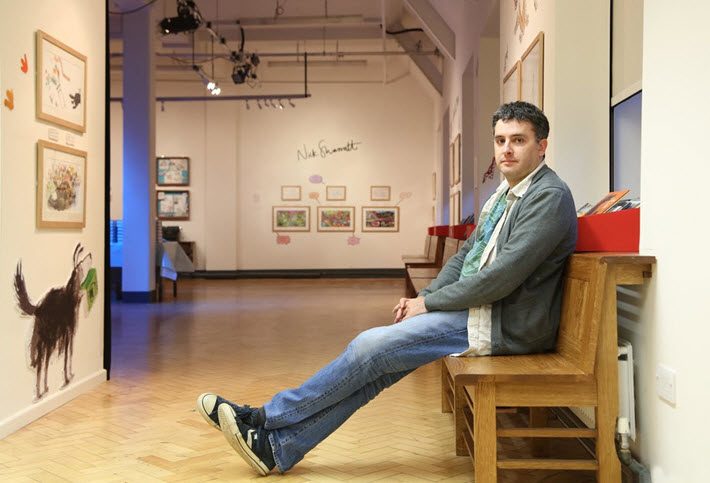 One good competition has led to another. On June 21, when author José Eduardo Agualusa’s A General Theory of Oblivion was named winner of this year’s €100,000 (US$114,640) International Dublin Literary Award, the prize was split with translator Daniel Hahn.

The Dublin prize, now in operation for 22 years, is said to be the richest for a single novel published in English. When there’s a translator involved, the purse is divided, €75,000 going to the author and €25,000 to the translator. Having translated the book from the Portuguese, Hahn delivered Agualusa’s acceptance speech at Dublin’s Mansion House.

And then he took some of his own winnings and created a new award.

The TA First Translation Prize—”TA” for the UK’s Translators Association—is so new that it hasn’t yet been added to the Society of Authors list of other translation prizes the society administers. Antonia Lloyd-Jones, who is joint chair of the Translators Association, calls it “a ground-breaking addition to the world of literary translation. By encouraging talented new translators, as well as visionary editors, it will increase the range of great literature that’s available in translation, and strengthen the relationships between publishers and translators.”

Visionary editors? Yes, the prize’s £2,000 (US$2,570) purse will have something in common with the Dublin award, the Man Booker International Prize, and a few others. Just as those prizes are split between author and translator, the award Hahn has endowed will be split—equally, as the Booker does it—between a first-time translator and her or his editor.

“Until relatively recently, a very large proportion of what was being translated was literary fiction. And when did that ever sell?”Daniel Hahn

In a conversation with Hahn from between Brighton and Lewes in Sussex, what comes across is that translators—at times overlooked and underappreciated in the industry–have learned the hard way how important it is to share recognition. And his prize honors new translators, Hahn says, because breaking into the business is so difficult without recognition.

“There’s a kind of bottleneck,” Hahn says. “If you’re a publisher and you want to commission a translation from Portuguese, you’ll ask Margaret [Jull Costa] and you’ll ask Alison [Entrekin], and if they can’t do it, you’ll ask one or two other people and,” he says wryly, “you might then ask me. But a new translator of Portuguese has relatively little odds of getting in because there’s a queue of people who are through the door already.”

And Hahn didn’t want to stop with his prize’s recognition of a new translator. “It’s funny,” he says, “we translators complain about not being sufficiently visible in our work—and I think it’s a legitimate complaint—but nobody thinks about editors. And not just for the acquisition and commissioning but for the actual editing. Something on behalf of our profession that recognizes that profession is important.”

Think about how many prizes you’ve encountered that honored editors. Right.

“If I’m a better translator than I was 10 years ago,” Hahn says, “it’s because I’ve been edited well.”

What ‘Oblivion’ Was Not Supposed To Mean

Hahn is one of the best known translators working in the field today, a veteran of more than 40 translations from Portuguese, Spanish, and French. To read the eloquent praise of this year’s Dublin jury in its rationale about his work with the Agualusa text is to understand something of why: 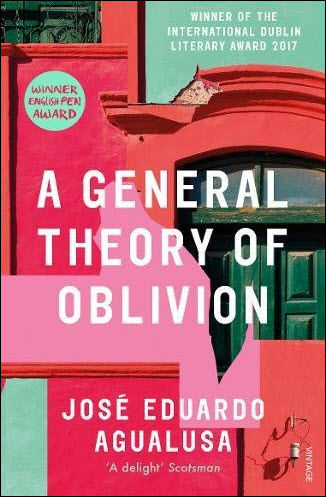 “The translator plays with English sounds, giving us poets with ‘more interest in pursuing the booze than the muse,’ ‘gangly greyhounds and heavy asthmatic mastiffs’ and ‘young people with lustrous, rust-colored skin.’

After reading the above quote, have a look at the image of the book cover. What’s missing on that cover? The translator’s name.

Daniel Hahn isn’t credited on the cover of the book. This is the same translation, published by PRH/Vintage, that was shortlisted by the Man Booker International 2016.

And Hahn is a translator to be reckoned with. He’s won the Blue Peter Book Award (The Ultimate Book Guide); the Independent Foreign Fiction Prize (The Book of Chameleons); and the London Book Fair International Excellence Award (for Market Focus Mexico). He’s judged competitions including two he has won, the Independent Foreign Fiction and the Dublin Award. Hahn was a member of the jury that in June awarded the Booker International to translator Jessica Cohen and author David Grossman. 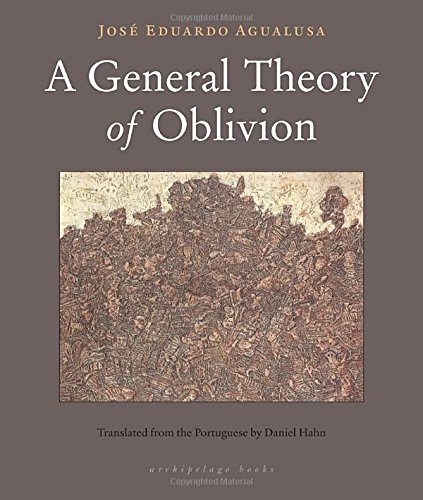 The US Archipelago Books cover

The US edition of A General Theory of Oblivion from the nonprofit translation press Archipelago Books does credit Hahn on the cover.

This uneven presence of simple recognition is what translators are up against. It’s why there’s a hashtagged campaign recognized internationally on Twitter: #NameTheTranslator.

A problem experienced by many illustrators, as well, lack of proper credit makes it harder to establish a career and renders an essential profession in the publishing industry all but invisible.

And that, in terms of professional standing, is a translator’s proven theorem of oblivion. 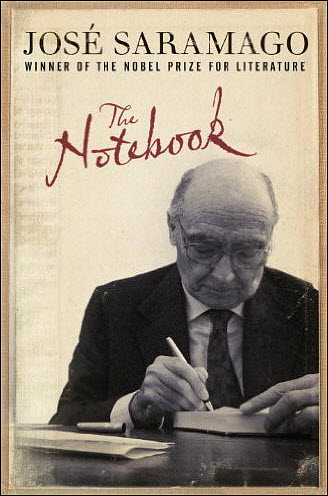 The good news, Hahn agrees, is that more consumers seem to be accepting translated books. “We haven’t got much in the way of statistics,” Hahn says, “but what we do have suggests that sales of translation are growing much faster than publication of translation.

“I do think it’s getting better and for a number of reasons. One of the things that’s changed is the profile of what’s being translated. Until relatively recently, a very large proportion of what was being translated was literary fiction. And when the did that ever sell?”

Mind you, much of what Hahn translates is literary. “But there was a sense that because these things weren’t selling, it was something to do with the translation or the translated-ness, if you like, rather than the fact that it was literary fiction: what the hell did you think was going to happen?

“The thing that’s really pleasing now—whether it be Scandinavian crime or the kind of good, solid commercial work that AmazonCrossing is publishing—is that what we see then is that translated-ness is irrelevant. You read good Scandinavian crime the way you read Scottish crime. It sells because good crime sells. Literary fiction doesn’t.

“So one of the things that’s happening is that the translated-ness of translated books is something most readers don’t care about either way, I suspect.

“Having much more commercial stuff being translated now is normalizing it. And that makes it harder for publishers to say, ‘Nobody really likes the foreign stuff.'”

“We translators complain about not being sufficiently visible in our work–and I think it’s a legitimate complaint–but nobody thinks about editors.”Daniel Hahn

Now at a point in his career at which he can afford to turn down projects and to choose five or so books he wants to work on in a given year, Hahn says he sees something unusual—and positive—in how supportive translators are of each other.

Mentoring programs—of the kind Publishing Perspectives reported on for this year’s conference of the American Literary Translators Association—are common in the business and Hahn talks of how much of a translator’s time today is spent not translating but bolstering the profession with contributions of experience and talent.

If anything, translators are positioned in a competitive relationship by their work. At least half of the books he’s commissioned to do, he says, are for publishers that aren’t in the UK. So the competition for these jobs crosses borders, as well, just as the languages wrangled in these gigs do.

“It’s odd,” he says, “more than almost anybody else in the profession, we’re in direct competition with each other. Not in the way novelists are because it’s not like there’s just one slot for a novel and if you don’t get it, you don’t get to work. It’s not as if, when Rushdie gets it, you can’t have it. While for translators, there is, unfortunately, this finite number of jobs. And every time a job goes to Margaret Jull Costa”—a translator for whom Hahn has nothing but praise—”that’s a job I’m not going to get. 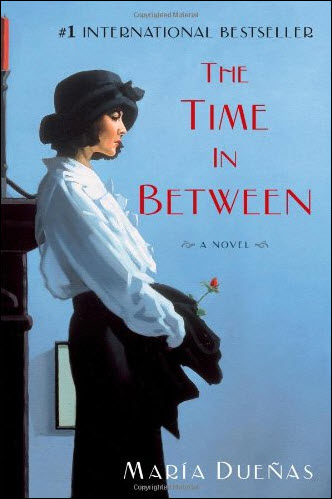 ‘The Time in Between’ (Atria/Viking) by Maria Dueñas, translated by Daniel Hahn

“It’s surprising how much time translators spend working within their own language and thereby helping to create competition for themselves. Every time you mentor a new translator in your language, you’re creating one more mouth to feed at the table. I’ve actually had cases of helping people into the profession, who then got all the gigs I really wanted.

He laughs. “That’s when you think, ‘I’m not sure I want to do this anymore.'”

Hahn also has a natural instinct for helping make translation more approachable by demystifying it.

On this page at his site, for example, you’ll find not only a look at the eye-popping array of translations he’s published (most without cover credit for the translator) but also a series of columns he has written for Asymptote about many aspects of translation. And there’s a look at the kinds of rates he’s encountered in some relatively recent contracts.

“Having much more commercial stuff being translated now is normalizing it. And that makes it harder for publishers to say, ‘Nobody really likes the foreign stuff.'”Daniel Hahn

This is all part of the business of “being a translator versus doing translation,” he says. And just as only some contemporary authors are finding that they enjoy the promotional “being a writer” elements of their work, only some translators enjoy the “being a translator” activities that help promote the profession—while some of his colleagues would rather stick to the translating.

“Being a translator for me is also having this conversation with you,” he says, “and talking about the profession and wanting people to understand what I think about it. And I’ll be reading a book on the train up to London that I may be writing a blurb for if I like it.

“This is advocacy for translation and for being an internationalist. Which I think translators are.”

He starts laughing. “There are days, I tell you, when I think, ‘You know, I remember what it was like translating, I used to quite like doing that.”