From a city-wide book exchange in Latvia to a ‘New Writers Festival’ in Greece, European book fairs have a wide array of approaches to promoting reading, revealed in an Aldus report.

‘Not the Normal Book Presentation Routine’

Following the release at the end of last year of its useful survey of European book fairs, Aldus Bookfairs Network has today (July 12) produced a new report that focuses on what fairs in its network are doing to promote reading and audience engagement.

Included is input from:

One of the key distinctions to keep in mind, of course, is that some fairs are primarily public-facing. Those events have audience outreach as a priority goal.

Other fairs are industry-facing, although they may have some events and initiatives for readers and consumers, as well. Most industry players are familiar with the trade shows and their efforts.

Frankfurt Book Fair (October 11-15 this year), for example, is a trade show on its weekdays and opens to an avid public on its Saturday and Sunday each year. Its LitCam program, initiated in 2010, is particularly central to Buchmesse’s outreach work, having been formed in 2006 as the “Frankfurt Book Fair Literacy Campaign.” With a stage at the fair and an energetic raft of programming, LitCam’s activities include “Books Say Welcome” for refugees, “Football Meets Culture” for underprivileged children and families, and “Reading-Kicker,” a prize tied into the “Reading Promotion With Football” campaign that culminates in a ceremony at Leipzig Book Fair.

Bologna Children’s Book Fair is another such event (March 26-29 next year). Its priority is on its industry professional events, but it does have some participation with other organizations on some outreach activities.

London Book Fair, moving back to April 10-12 next year after this year’s jump to March, is another industry-oriented trade show. One of its most aggressive outreach and audience-cultivation efforts has been its participation in the London Book and Screen Week, a busy roster of programs set in many parts of London.

In recommending that you spend some time reading through the various approaches represented in this survey (available online and as a PDF), we’ll offer a few highlights here from some of the fairs many may not know as well as Frankfurt, Bologna, and London. Much more is in the full report. 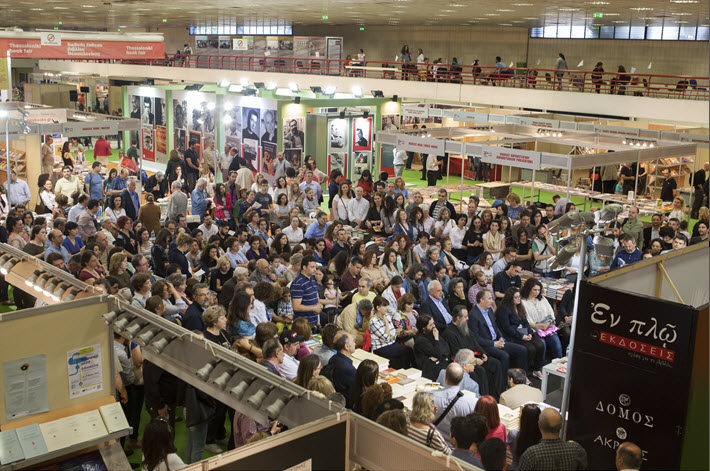 In Vilnius, where the next iteration of the fair will be February 22 to 25, the main impetus of the book fair is reading promotion. One of the events has the charmingly straightforward title “Famous People Read Their Favorite Books,” for example, one of a reported 400 cultural events.

At Austria’s Buch Wien, an integrated reading festival is set in many parts of the city, and the program Extraklasse is focused on schoolchildren and teachers in workshops that include drawing, writing, and audiobook production.

In Greece, the International Book Fair at Thessaloniki– a city often a step ahead in cultural concepts–the focus is placed on contemporary authors in the “adoption” of a “New Writers Festival” that was instigated in 2015. The program also folds in a translation festival, offering discussions, among other things, of  “the concerns and issues that translators of our time face.” The programming for the translation event organized in cooperation with universities and translators’ associations.

Milan’s still-young Tempo di Libri (March 8-12 in 2018) is organized by the Italian Publishers Association (AIE) and has placed specific emphasis in its development on the relationships between publishers, readers, and authors.

In the Aldus report, we read of an  interesting three-stage development process: “Publishers were involved directly in the program: not as external parties, but as advisers. Authors replied to the invitation to take part in meetings that are not the normal book presentation routine, with curiosity and enthusiasm. Then readers have been the true protagonists.”

The approach in Bulgaria at Sofia International Literary Festival involves looking outward to another region, with a focus on foreign literature. In a program of readings and meetings, book presentations, and discussions, the event mixes such international work with Bulgarian.

This year, in December–celebrating the 45th year of the book fair–Sofia’s international focus will be on work from the Czech Republic, Hungary, Poland, and Slovakia.

One that sounds especially aware is in Sweden, where the Göteborg Book Fair’s “Multilingual Square” event in which publishers and retailers offer literature from many cultures with an emphasis on children’s books, a sector in which translation sometimes finds less ready acceptance. Exhibitors, we read, “Provide books in Arabic, Somali, Persian, Tigrinya and Kurdish, among other languages.”

And perhaps our favorite: A book exchange is a centerpiece of Latvia’s Riga Book Fair, presented as a “discussion platform where every visitor to the book fair is welcome to bring along some book that he or she has read and wants to share with some other readers, giving new life to this book.” A visitor who contributes a book then can select one brought by another reader.

This is far from a comprehensive listing of interesting points in the report from Aldus, worth a look particularly to those who are interested in expanding their business interests and consumer reach through European festivals. Again, the Aldus Bookfairs Network report on audience engagement and reading promotions is available online and as a PDF. 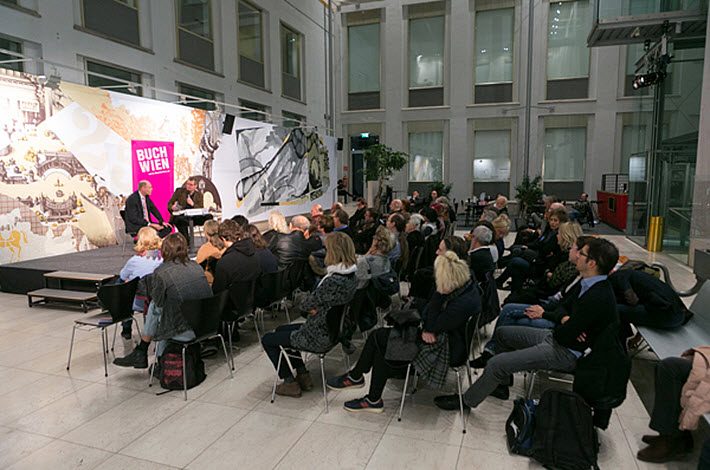