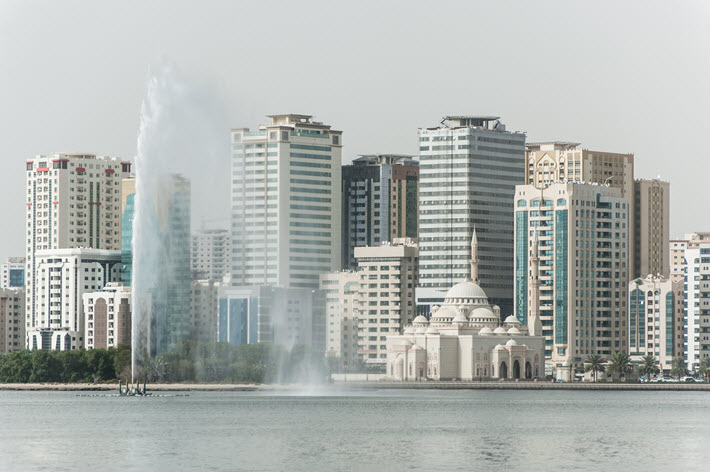 New recognition for the years of work that Sharjah’s royal family and civic leadership have dedicated to literacy and book culture: Sharjah follows Athens 2018 as “World Book Capital.” 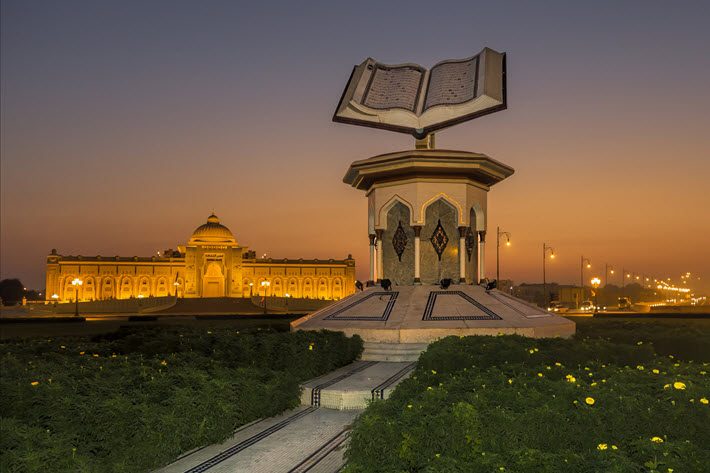 Project Slogan: ‘Read—You Are in Sharjah’

Sharjah has been named World Book Capital for the year 2019 in an announcement in Paris made today (June 26) by the director-general of UNESCO, Irina Bokova.

Bokova’s decision rests on the recommendation of the program’s advisory committee, which met at the headquarters of the International Federation of Library Associations (IFLA) at The Hague in the Netherlands.

Sharjah, the first Arabian Gulf city to be given the UNESCO honor, is the third largest of the United Arab Emirates, and—as recently covered by Publishing Perspectives—is now leasing space to clients in its Sharjah Publishing City project, the first free trade zone for publishing interests. The project is being developed by Sharjah Book Authority under the chairmanship of Ahmed Al Ameri.

In press materials issued by UNESCO, the city is reported to have been “because of the very innovative, comprehensive and inclusive nature of the application, with a community-focused activity program containing creative proposals to engage the very large migrant population.” 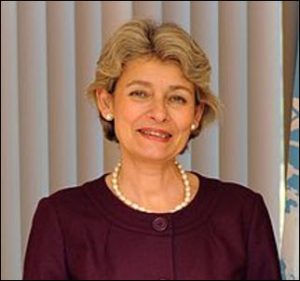 In a prepared statement, UNESCO’s Bokova is quoted, saying, “I applaud the nomination of Sharjah as the World Book Capital,” she says, “as well as the efforts undertaken by the city in order to make reading available to as many people as possible, in particular the marginalized populations, as a motor for social inclusion, creativity and dialogue.”

This, of course, is yet another recognition of the longtime efforts by Sharjah’s ruler, the Sheikh Sultan bin Mohammed Al Qasimi, and his daughter, the Sheikha Bodour bint Sultan Al Qasimi, to develop Sharjah as the Arab world’s cultural hub, by—in the words of Simon & Schuster vice president Seth Russo, “creating a reading culture on the way to a knowledge-based economy.”

The handover from Athens to Sharjah is being planned in an Olympics-style ceremony at Sharjah’s Al Majaz Amphitheater on the city center’s Khalid Lagoon for broadcast throughout the Arab world.

In comments on the news, Bodour–who leads Sharjah’s World Book Capital organizing committee–is quoted, saying, “We are so proud to have been recognized on a global scale for literary excellence, and having our name being put on the same platform with some of the world’s frontrunners in the world of books and reading.

“This signals a fruition of the momentous project that was established four decades ago by the vision of His Highness Dr. Sheikh Sultan Bin Mohammed Al Qasimi, Supreme Council Member and Ruler of Sharjah. His Highness has led efforts of both institutions and individuals working to shape the emirate’s cultural identity with knowledge and books.

“It is his strong belief in intercultural dialogue as a means to advance local communities that has led to the establishment of a tolerant, culture-loving society in Sharjah.”

Bodour also quotes her father–who is an accomplished author with London’s Bloomsbury–in a guiding line for the emirate: “Culture is a message to move ahead and purify one’s soul. It’s a force that takes us to higher levels of fraternity. And education is key to fuelling progress to see greater horizons.”

It’s for these efforts that Sultan Al Qasimi was named the recipient in March of the Simon Master Chairman’s Award for outstanding contribution at London Book Fair’s International Excellence Awards. 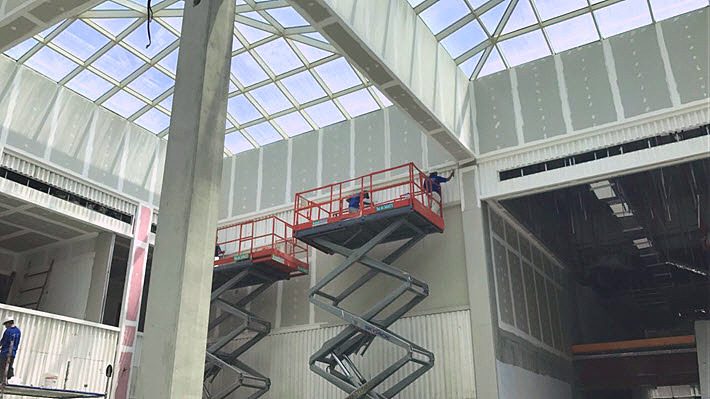 ‘To Reinforce the Book Industry’

“To foster a culture of reading in the UAE and birth new initiatives to meet the challenge of literary creation in the area and in the rest of the Arab world.”UNESCO World Book Capital announcement

The program put forward for the year-long honor carries the slogan Read—You Are in Sharjah and focuses on six themes: inclusivity, reading, heritage, outreach, publishing, and children.

“Among other things there will be a conference on freedom of speech,” according to the statement from Paris, as well as “a contest for young poets, workshops for creating Braille books and tactile books, as well as many events for Sharjah’s multi-ethnic population.”

A focus on copyright awareness and the safeguarding of intellectual property is being worked into the program’s plans, as are symposia on freedom of speech and translation, and work with the Arab Librarians Conference.

In more discussion of the program planned for 2019, Bokova’s offices’ statement says, “The city’s objective is to foster a culture of reading in the United Arab Emirates and birth new initiatives to meet the challenge of literary creation in the area and in the rest of the Arab world.” 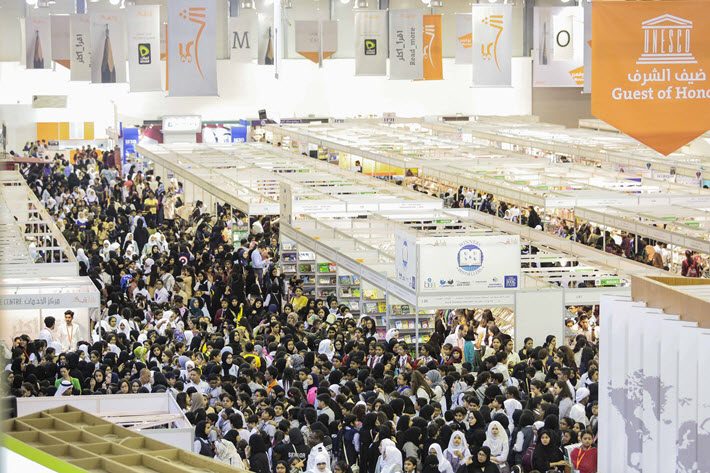 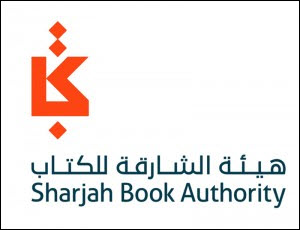 “It will be the first place of [its] kind in the region,” reads the statement from Paris, “specifically developed to meet the needs of companies and institutions operating in the publishing field. Its objective is to reinforce the book industry by encouraging the widespread production and dissemination of publications in the Arab world.”

The World Book Capital program at Sharjah has its official start on April 23, 2019, to coincide with World Book and Copyright Day.

Sharjah will be the 19th city to be designated in the program. This year’s World Book Capital is Guinea’s Conakry.

The emirate has a population of 1.4 million representing as many as 200 nationalities and was founded, with the United Arab Emirates, in 1971.

Cities designated as UNESCO World Book Capital undertake to promote books and reading and to organize activities over the year. 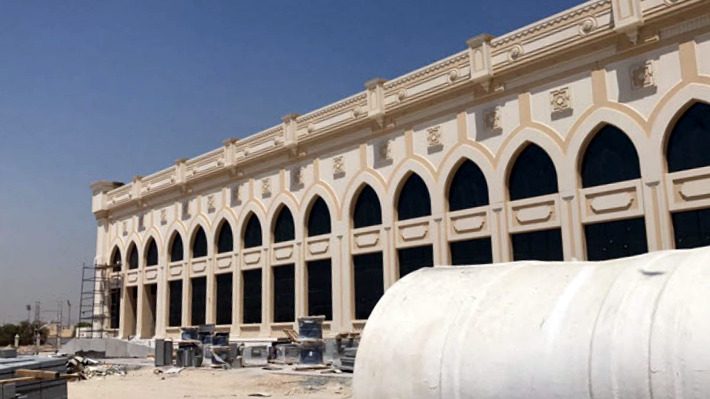 Sharjah Publishing City’s building is under construction in the UAE and now leasing space for its opening. Image: Sharjah Book Authority